New and Old Music for New Worlds in 2022

Transform your pride into a sense of self-worth.

Transform your anger into creativity and creation.

Transform your greed into adoration of beauty.

Transform your envy into admiration of the virtues of others.

Transform your hate into mercy.

Some musical reflections from Alan Dearling

There’s forever a diverse range of music ‘out there’ to discover. But it’s harder and harder to find out where to look, let alone where to read about new and old releases. I think that this is increasingly true for all age groups, not just broad-church, elder-folk like myself who are looking for what might be worth trying out…giving a listen to. So it is with some trepidation that I go about listening to, and sharing links to some music that I’ve been sent or have stumbled into. 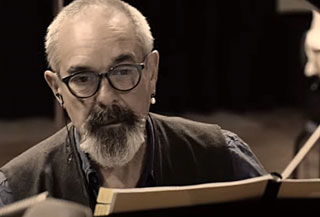 Roger Eno, after releasing an album, ‘Mixing Colours’ with his famous brother, Brian, on the classical Deutsche Grammophon label in 2020 has just released a set of solo piano works which are drop-dead beautiful. It very much follows from ‘Iris’ on the siblings’ album. Haunting, gorgeous, evocative. Immediately memorable. It’s a lovely sonic recording, and thankfully very hard to categorise, to place in a genre-box. I’ve been a fan of Roger’s ambient, jazzy sounds for many years.

There’s a definite floating feel to the music, that seems to come from above, from the outer limits of Space. ‘The Bells’ drift above the sky and into the stratosphere. Lovely stuff…restful, ruminations and a good musical companion to calm the troubled brow. We are much in need of turning the year, turning to a more positive page in life.

Terry Edwards and The Scapegoats: My wife doesn’t understand me

Or, as Emily Smith wrote in ‘Melody Maker’ back in 1995 when this was first released: “I don’t understand him either.”

“Discuss this thing over a tuna sandwich.” 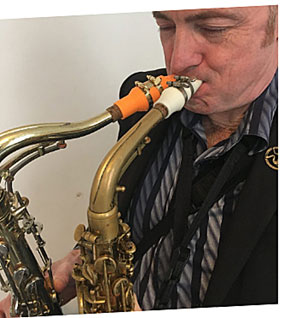 It’s seemingly disorganised, anachronistic and minds me of Lol Coxhill. A hi-end quality recording with some straight covers of tracks like ‘A taste of honey’ mulched into much of the rest of the disjointed cacophony. Revolution Number 9 and a quarter, perhaps? Best served stoned.

Terry Edwards is a much-vaunted session guy, a multi-instrumentalist and brass-ace, working with the likes of Madness, Spiritualized, PJ Harvey. 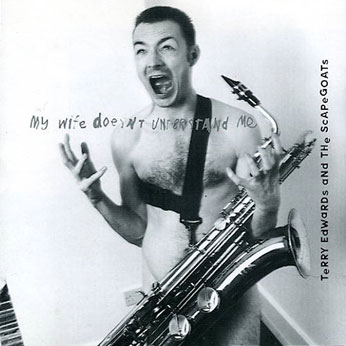 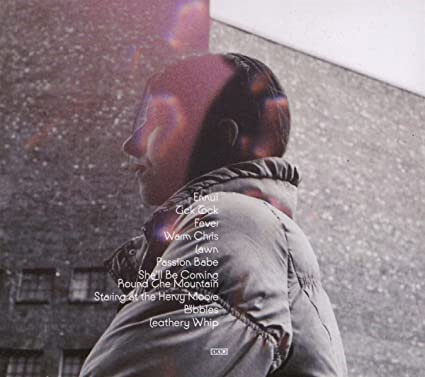 With a delicate, softly, breathy vocal delivery, Aldous Harding reminds me of the French chanteuse, Francoise Hardy. In fact, ‘Ennui’ and other tracks sound very Euro-centric. Like something that Serge Gainsbourg or Nicolas Godin have served up as Euro-pop over many years. Actually, she’s from New Zealand. It’s minimalist, spoken rather than sung in a fragile, little girl voice. Dreamy, ‘Tick Tock’, sexy… ‘Warm Chris’ is kind of bedroom, shoe-gazing music, but paper-thin. A whimsy sort of feminine, poppy, Nick Drake. Sort of… But then she does come up with evocative song titles such as, ‘Staring at the Henry Moore’. A soft Art School style of understated pop confection. But it ends with a ‘Leathery Whip’, so maybe there is a Nico waiting in the wings to escape and join the Velvet Underground. Perhaps not so vulnerable after all… 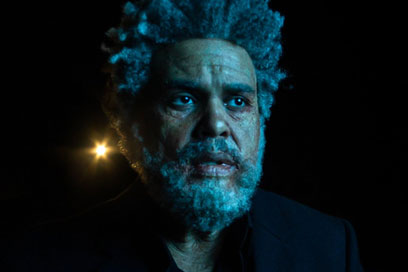 A new set of soaring vocals and dance trippery. “You’ve been in the dark for too long…stay tuned…” An escape from purgatory. The Canadian’s fifth studio album and it’s synth-beats’ heaven, cool vocals, picking mushroom spores, soul music punctuated by break outs into Trance-Land. Time to hit the dance floor and shake some body parts. Classy and strangely ‘80s’ Old Skool.  Actually, come to think of it, this reminds me a bit of the KLF. It features guests such as Tyler and Lil Wayne. Controlled and groovy, sing along while you sway and swoon, dance and strut your finery. 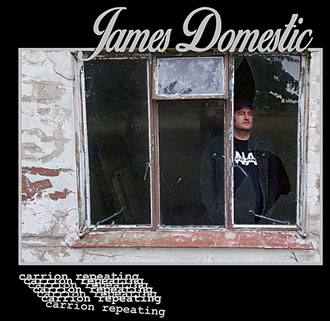 “Shopping at Lidl/What to do with that stuff in the central aisle?”

Rap poetry. Hardcore. Garage punk. Warning sirens, klaxons screaming through the night skies. These are stripped back recordings full of stories from the streets/real lives. “Take a little bit from over there, and wreck it!” It’s unremitting material, thrown up from the territorial lands of the Arctic Monkeys, Sleaford Mods, early Mister Rotten and Prodigy. Not quite into the class of Ian Dury, but would be worth catching live. Likely to make you feel uncomfortable: “Is that you? Sitting over there.” James Domestic (aka James Scott)holds a doctorate and a ‘deep-seated aversion to authority.’ ‘Faze Out’ indeed. 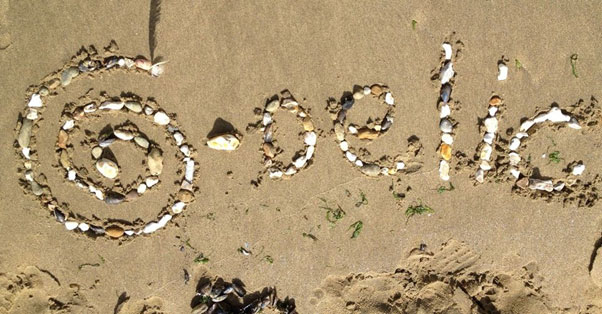 Space Rock Fusion – psychedelia with a heck of lot going on. Pomp and synth-zounds flying into new space trips…and wave after wave of bass-lines, synths, repetitive beats…drums and Hawkwind-style grooves… but with more Eastern Mediterranean belly dancing, back-beats and vibes. Some nice instrumentation, especially almost tabla-style drumming, and well put together – it makes for an enjoyable musical journey. Plenty of glissando-guitars, orchestral music for head-bangers. I can imagine old-proggers shaking their communal straggly (remains of) long hair to this. I can imagine: “Psyched-up, Maan, time to dive out back for a quick toke.” If you’ve heard of the band, Dream Machine, this is music from one of their main contributors, Gabriele Delic (Tosti). 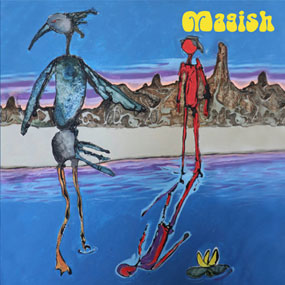 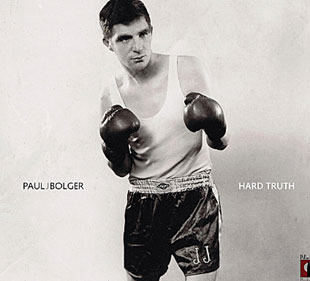 R&B – bluesy – recorded with a ‘live’ studio feel. Nostalgic, a return to the ‘other side of the tracks’ on the other side of town. Proggy-rock with an American edge. Ballads with a blue grass, pedal-steel  feel. Got me thinking of Dave Edmunds and Nick Lowe. Some nice ‘70s guitar playing from the Waterford and his life in the borderline between the north and south of Ireland. Paul says, “ ’Hard Truth’ is an audacious guitar-led shout.’

He certainly doesn’t resemble the boxer in the cover pic! 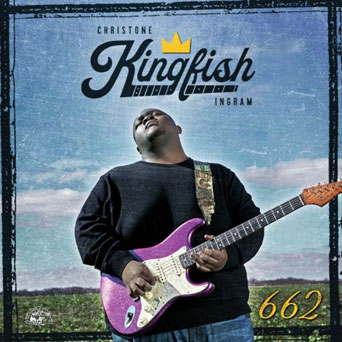 Alligator Records are set to support the UK tour by the ‘Kingfish’ in June and July 2022. He’s just won the Grammy Award for Best Contemporary Blues Album for his sophomore release, ‘662’.

At just 23, Ingram is arguably the faster rising star in the blues firmament. At the Grammy awards, he said, “As much as this is for me, it’s also for my late mom, Princess Pride, and for Mississippi.”

He’s a massive guy and has been on and off crash weight-loss programmes. But it’s his music that is captivating audiences. As well as talent, he’s got the blues feeling and soul. Lots of wah-wah. Very old school, straight down the line jukebox music.

Dubbed as Cornish Space Cadets: This new album really needs to be played pretty loud. Radiophonic squawks, anthemic sound-walls. Gothish, slightly disembodied. It’s at times like experimental weird darkness recently disinterred from the Crypt.  There’s an epic grandeur to much of it and thankfully some light in the darkness. I was reminded a bit of Arcade Fire, the layers of sounds and harmonies. There’s folk music and even Scottish and Cornish, vaguely Gaelic sounds in there too. “Heal my wounds/Heal my mind”. Ambitious, oozes with originality. Songwriter, Ben Harris deserves a pat on the back. I got to the end of the album and wanted to listen again from the bit of a screamer that opens with a rant against Brexit/covid and relationship breakdown through the lyrical ‘Slug Song’ to ‘Yeah’ and it’s Middle Eastern (or Western) flavour (which is perhaps from Cornwall’s Redruth) given their heritage and their previously lauded album, ‘The Saving of Cadan’.

Two double albums from Easy Action records. Fàshiön Music explores the music from the earliest version of the band (as Fashion Music) before they morphed (the press release calls it ‘mutated’) into Fashiøn. It’s very much the musical journey that Luke (Skyscraper) James has described of the four West Midlands’ lads in his book: ‘Stairway to Nowhere’.  They mashed up techno, reggae and punk and were rather snazzy dressers, with a Roxy Music cum New Romantic dress sense. The Birmingham collection includes 19 tracks from punk stalwarts like the Prefects, TV Eye, Swell Maps and The Hawks. Described as ‘exceedingly rare’, they are an obvious discovery in what comedian Stewart Lee calls, “…industrial estate garage meeting Brutalist glam.”

Tweet
This entry was posted on 30 April, 2022 in homepage and tagged Alan Dearling. Bookmark the permalink.