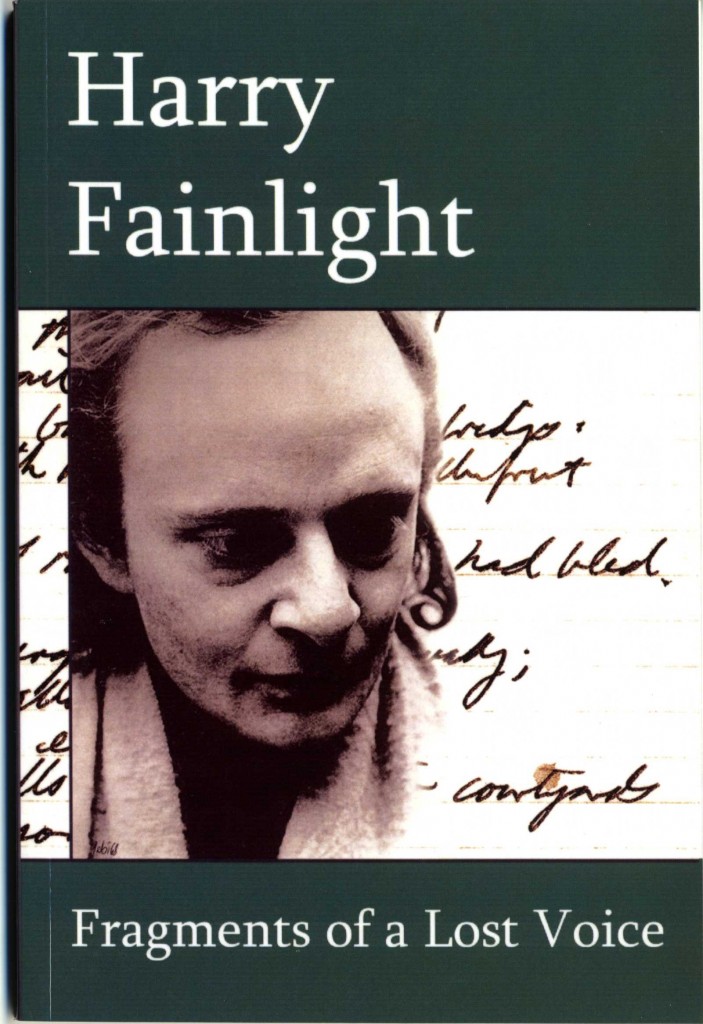 Sometime in 2008 a suitcase containing a bundle of papers was found in an old Welsh barn. Upon examination these were found to be a number of unpublished works by the poet Harry Fainlight, left there for some unknown reason sometime before his death. These where passed on to Iconoclast Press who then forwarded them to his sister, the poet Ruth Fainlight.

However, while in transit it was noticed that amongst these papers were two embryo poems that had been subjected to the usual process of revision and semi-legible inserts which accompany the birth of most serious poems. Nevertheless they contained enough legible lines to indicate the gist of the poems and ring a bell which is undeniably that of Harry. For instance, Fragment A seems to concern the Underground railway, hence possibly the image of the ‘transparent mirror’ describes the effect experienced when looking out of a tube-train window ─ but who can say for sure? Of course we will never know what final shape those poems would have taken when finished, but the lines which are coherent, taken together with the insightful imagery they contain, seemed worth preserving in some way.

This book is an attempt to do just that. Twenty two poets have taken up the challenge to decipher the two fragments – preserving those lines which can be distinguished; adding nothing, and ignoring the indecipherable. In this way some of Harry’s poetic insights have been preserved which otherwise as handwritten and unfinished works would never see the light of day. Further to this, each poet has written an original poem inspired by the images and/or concepts of Fragment A and/or Fragment B, and in this way paid homage to one of our finest poets of recent times.

Some of the contributions within are by well known and established poets, others by unknowns. However all either knew Harry personally, or had some connection with him however tenuous. Although the decipherments may seem at first glance similar, the diligent reader will notice here and there some divergent and sometimes amusing variations

Here are thirty four new poems inspired by Harry’s two unfinished, fragments. An enterprise which might be seen in the light of an archaeological dig in which the searchers disclose small fragments of exquisite jewellery in the most sublime of taste.

Cheque for £5 to address below will secure copy.