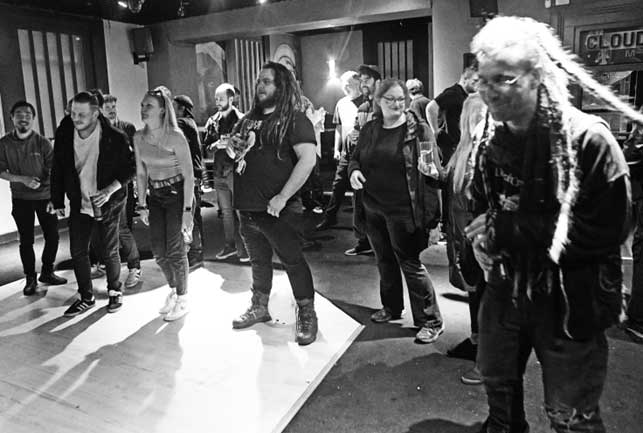 It felt totally ‘right’ to be at a live gig to celebrate the up-coming 2023 and bid farewell to 2022. Four bands, a great stage, sound system and atmospheric lighting. It was a nice mix of nearly all original music too. From psyched-up guitar, through young, energetic punk into more varied musical territories of indie/punky/space-rock.

Our live musical astronauts taking us on excursions into aural off-planetary regions were: Big D (psych); The Masochists (punk82); indie-rock with TOKEO, and space-rock with Buff. The audience was a nice, eclectic mixture too – young and old – hippies, punks and all other musical hues imaginable!

Big D was first up with his array of foot-pedals, loops and instruments of psychedelic-enhancements. Dave is an extremely accomplished guitarist. His performance reminded me of great festies and gigs from the likes of Gong, Hawkwind, Dream Machine and Space Ritual. Indeed, Dave has shared stages with these bands and was/is the guitarist in Sonic Attack, a rather tasty Hawkwind tribute band. A super start to the New Year entertainments. I videoed a little segment of his performance. Enjoy! 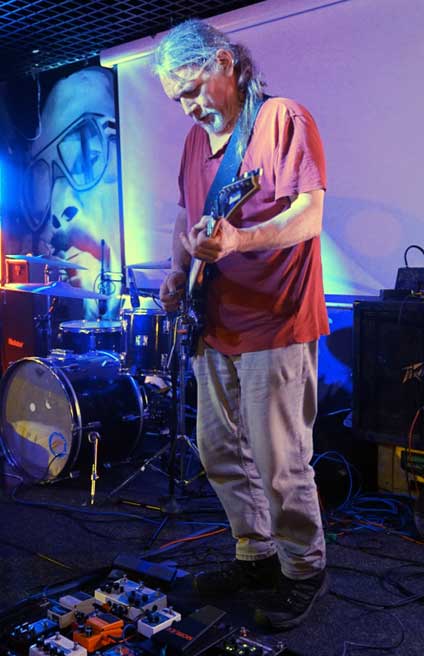 Listen to some fine guitar-noodling with Big D in Todmorden at Monty’s – a live space trip for the New Year! 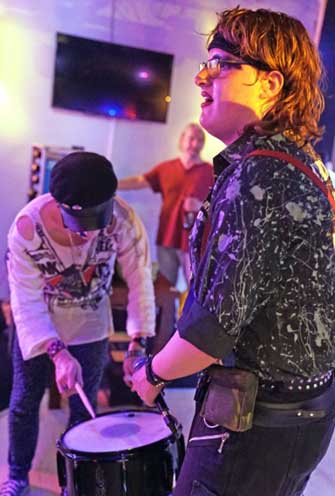 The Masochists: Young, punks with attitude and plenty of showmanship! You could see that they were enjoying themselves, amusing the audience and playing fast and loud…great fun…and a band to watch out for as they hone their craft. 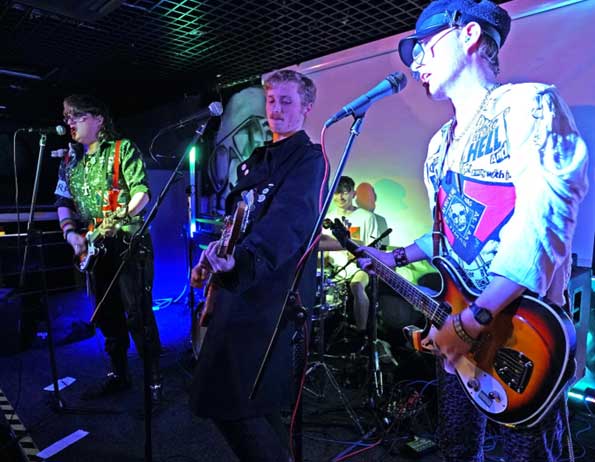 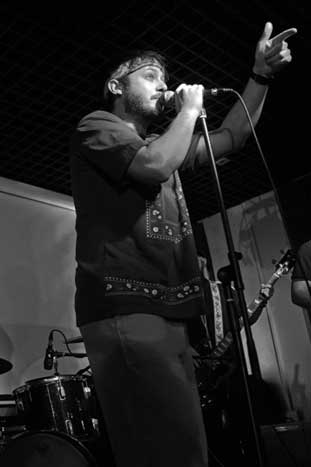 TOKEO: one of the many Manchester bands who keep alive the fame and flame of that musical city. Alternative post-punk/indie/rock. A nice melange of sounds and vocals. Lively and gutsy, with plenty of light and shade in their live performance. A charismatic frontman which always helps.

They have a new album out, ‘Class Traitor’ which includes the single, ‘King of Town’ which was one of the highlights of their NYE set. 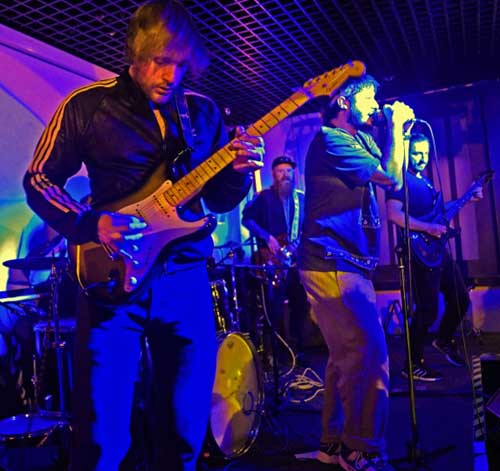 Buff were on home turf at Monty’s Club, adjacent to the market in Todmorden, West Yorkshire. Being totally honest, I had to exit stage left just before the New Year Bells (not feeling 100 per cent health-wise). They remind me a bit of The Prodigy!  But here are a couple of pics of them from a fairly recent gig where I saw them play. And, here’s a link to their Anarcho/Space Punk site with lots of video clips: 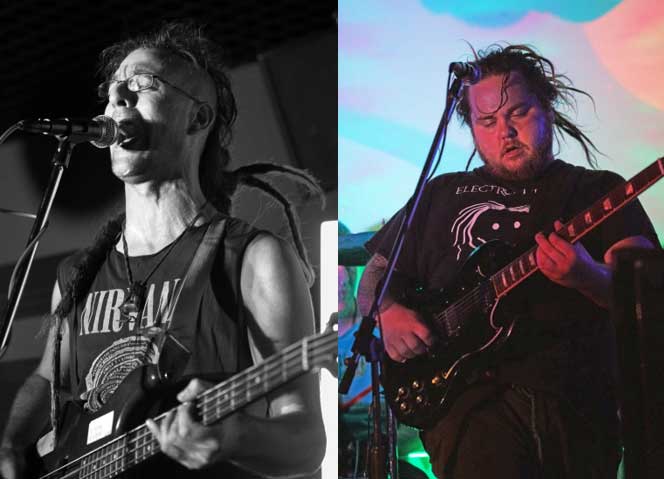 Tweet
Tweet
This entry was posted on 14 January, 2023 in homepage and tagged Alan Dearling, Big D, Buff, The Masochists, TOKEO. Bookmark the permalink.