NO DRILLING IN KEYNSHAM 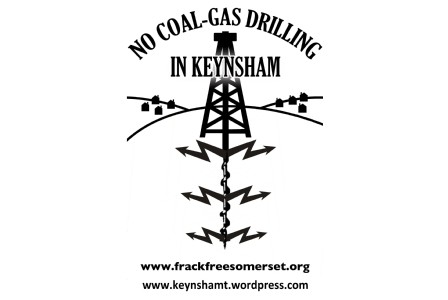 I’m writing to strongly object to the above planning application for the following reasons:

1. The risk of water and land pollution

2. Impacts on farming and wildlife/ecosystems

CBM technology is also unacceptable in Keynsham because of the following risks to the natural environment and potential jeopardy to food growing: · pollution of water tables could affect and impact on local environment, rural and arable farming. · pollution of the River Avon, which runs close to the proposed site · pollution of the Avon for generations to come from methane leaks and fire risks from CBM. · pollution of top soil for food growers and land owners for decades to come Additionally, this planning application contradicts a number of Local Plan policies, for example:

It would be in contravention of Policy ES.10 of the Local Plan that states “Development will not be permitted where it would have an adverse impact on health … by virtue of odour, dust and/or other forms of air pollution.” It would contravene policy M.8: “Minerals development will not be permitted unless adequate safeguards can be secured for the protection of the environment and the amenities of the area likely to be directly or indirectly affected during all phases of the development.” As already stated, there is a very real danger of groundwater contamination. Furthermore, CBM wells could leak – they could never be removed, and the steel and concrete structures will deteriorate over time. In fact, all gas wells eventually leak. This would seriously impact the health and wellbeing of local people.

4. Local Development and Land Use

It would be in contravention of Policy NE. 1 of the Local Plan which states that “Development which does not either conserve or enhance the character and local distinctiveness of the landscape will not be permitted.” It would be in contravention of Para B6.30 of the Local Plan that states, “An important consideration in planning is the precautionary principle. This requires that where there is significant risk of damage to the environment, pollution controls will take into account the need to prevent or limit harm, even where scientific knowledge is not conclusive.”, and of Para C1.3 that states that a purpose of the Green Belt is: “to retain land in agriculture, forestry and related uses”. It would be in contravention of policy GB.2 that states, “Permission will not be granted for development within or visible from the Green Belt which would be visually detrimental to the Green Belt by reason of its siting, design or materials used for its construction.” Para C3.96 of the Local Plan states that: “Within rural areas and open countryside external lighting can be extremely prominent and visible for some distance…proposals for external lighting in the countryside are therefore not generally acceptable.” In fact, the drilling rig would be prominent and an extreme eyesore. It would be in use 24 hours a day, 7 days a week and would create severe noise pollution, with the nearest residential properties only 285m away. The site would be lit up at night and this would surely be a nuisance to those living nearby, and could distract drivers. Additional factors to consider:

At a time of increasing climate change when we should be rejecting any further extraction and burning of hydrocarbons, drilling for CBM gas makes no sense whatsoever. Instead we would do well to adopt the Centre for Alternative Technology’s framework for a Zero Carbon Britain by 2030.

Very large numbers of wells need to be drilled to extract CBM, because individual wells only yield a small amount of gas, so allowing this application to proceed would give a green light to numerous other applications. CBM and other fracking technologies could thus create an industrial landscape in a predominantly rural county and an increase in traffic – the infrastructure of which has its own pollution consequences.

Contrary to claims in the media, this plan will not provide new jobs for people living in the local area, nor would full-scale CBM production. UK Methane estimates that each well would provide 10-15 jobs. These would be temporary and short-lived, and many would be technical and are more likely to go to skilled workers recruited elsewhere. Instead of relying on this mad ‘dash for gas’ to supply our energy needs, we would do well to adopt the Campaign for Climate Change’s vision of how over a million jobs could be created through investment in renewables: http://www.campaigncc.org/greenjobs#pamphlet

And wouldn’t it be wonderful if B&NES were to become national leaders in pursuing this kind of approach to fulfilling future energy requirements?

Finally, thank you for your time and consideration in reading my objections. Taking into account all the above risks and global factors, I request that you please apply the ‘precautionary principle’ in relation to this application and refuse it.

One Response to NO DRILLING IN KEYNSHAM