On Euro Vision and the Migration Strategy #Flashnews (part 3) 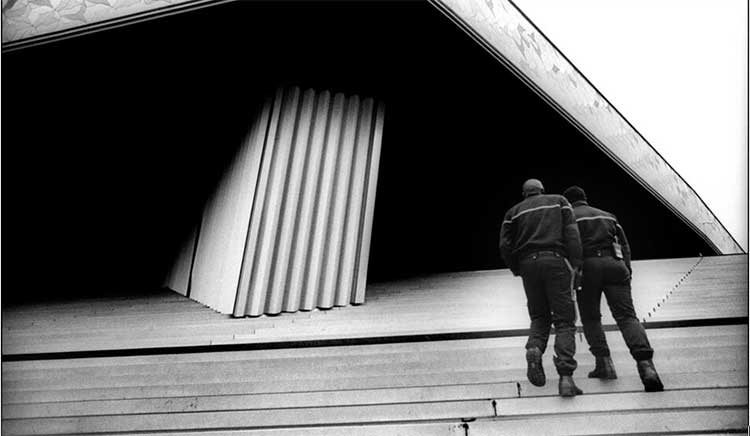 In 2012, Theresa Mary May (née Brasier) was just a mere Home Secretary. She was under pressure from David William Donald (née Cameron), who was fighting Nigel Paul (née Farage) on the electoral front, to do something about the migration data. And she had an idea which got her a few brownie points from the PM. ‘Dave, why not produce a hostile environment for undocumented migrants,’ she said, to which the PM responded ‘Well done, Theresita, that’s my girl.’ And, as simple as that, the hostile environment strategy was conceived on a sofa in 10 Downing Street, and later on ended up being implemented.

The strategy is up and running since 2016. The Guardian (ed. 16th Feb. 2019) reports that the Home Office is attempting to embed immigration officers at a rate of almost £60 an hour as part of an ‘enhanced checking service.’ The service is available to public services, including NHS trusts and local authorities, as well as private firms. Over the past two and a half years, Home Office officers have been deployed to test the policy. But the strategy is not just about ‘enhanced checking.’

Institutions and organisations are offered ‘real-time’ access to information about someone’s immigration status as well as ‘on-site immigration official.’ The on-site officer can attend interviews and can encourage undocumented migrants to leave the country voluntarily. There is no public information about the methods used to encourage people to leave but, hopefully, with the media’s pressure, the Home Office will release further details.

I will not explore any further how the public funds are used under the pretext of national security. The governmental misjudgement and funding misplacement are, by now, legendary locally and Europeanly. And the Home Office’s policies seem to fit well a system based on miscommunication and misunderstanding.

There is something more bothersome I came across not very long ago. A few weeks ago, I came to understand that a young British citizen, travelling by train from London to Paris, managed to cross the border without a passport. The UK Border Agency let the young Brit off on the basis that the teenager was travelling as part of the group and had a scanned copy of his passport saved on a laptop. Although getting out of the country was easy, coming back from Paris a few days later created a bit of a problem at the Parisian train station. But the British citizen managed to get back to Britain on his scanned document, whilst the UK Border Agency’s officer warned the eyewitnesses that he would put a complaint against the section of the UK Border Agency which had let the person travel in the first place. Well, who is going to check that such a complaint was actually put forward?

The questions this incident brings forward are numerous. The issue of ‘legality’ in such a case would be the first, followed by the problem with the Home Office’s wasted funds on ‘monitorisation.’ And there are rhetorical points here. What is the point in having passports, if one could just travel without? Would a migrant have been allowed to travel from the UK to Europe and vice-versa without a passport? If I turn up at Heathrow or St. Pancras with just a scanned copy of my passport, will I manage to cross the border without problems? (to be continued)

Tweet
This entry was posted on 2 March, 2019 in homepage and tagged John Stadnicki, Maria Stadnicka. Bookmark the permalink.