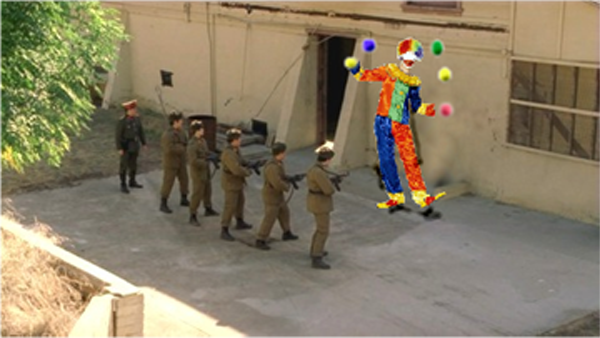 ‘Life is a serious business.
So if I tell a funny joke, I don’t want to catch anybody laughing.’
(Jiddu Krishnamurti)

In our world of social interaction, some forms of political correctness are driven by the fear of those who cannot take a joke against themselves.

Irish jokes would now be considered racist, and the Irishman equally suppressed and no longer able to take the piss out of the stupid English. As for our traditional Englishman, Irishman, and a Scotsman jokes, – forget it.

Jokes about ‘others’ seems to be a common source of humour, one of the most precious faculties of the human mind, now being crushed by the iron-shod and Philistine boot of political correctness.

Political correctness creeps into the language like a virus and once established begins to shut down language itself.

This process is now as unstoppable as the Corporations.

But surely the ability to take a joke against oneself, or even come to that, a slight, is a high human achievement and appeasement, which is what this kind of political correctness is about runs counter to achieving it.

To resort to appeasement. (PC) to resolve this issue is against the law of evolution which is to develop those higher mental spaces and attitudes, since the body seems, like a violin, to have arrived at its final form and it can only be the mind to make the next evolutionary shift.

After all we don’t need two noses and three elbows would be mad.
To take and even laugh at a joke against oneself is a step upwards in personal evolution. Protecting those lacking in these qualities deprives them of the opportunity to learn it.

It is the twist of logic in the joke which is the real point, not the identity of the protagonists. It is that conceptual twist in a joke which produces the energy of laughter, a humorous spirit which is now under a dark cloud of surveillance.

And so we say farewell to a whole swathe of humour, and as to references to Irish milk-bottles – best left unsaid.