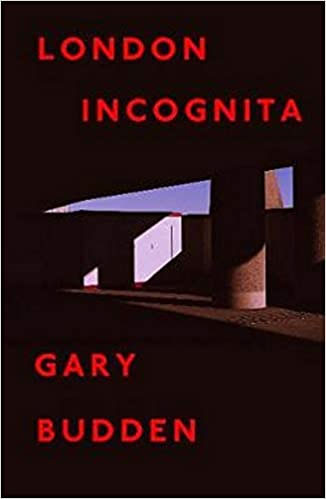 Gary Budden’s London Incognita (2020) is an engaging and witty self-referencing collection of short fiction, creative non-fiction, hommages, tributes and asides that slowly accrue into a metafictional web of material that explores the dark underbelly of late 20th Century London. Budden’s characters are often homeless, or burnt-out squatters, junkies or alcoholics; many are socially and spiritually lost, inhabiting a countercultural netherworld of punk bands and zines, surrounded by imaginary creatures who act as a personification of the unspeakable horror that are rumoured to inhabit the unknown regions of the city.

It’s not all gloom and doom and disappearances though, as some characters kick their habits, some succeed in the music business with their band Scarp, others return from wherever they’ve been after disappearing, and Melissa – one of the many writers that Budden creates and writes as in this collection – endures through her zine, Magnesium Burns, which twenty years on from issue 1 is getting mainstream recognition in the form of a collected book edition and retrospective exhibition.

Throughout, Budden namechecks or alludes to his literary sources and inspirations and in addition creates a new fictional pantheon of obscure and neglected writers, some of whom he then inhabits to create diaries, stories or letters, whilst others are simply mentioned in passing by his characters, often in association with (fictional) collectable small presses. In a similar manner, much is left to the reader to imagine, especially the elusive monsters known as the Judderman and the Commare who are seen by many out of the corners of their eyes and can seem both scary and alluring. Either way they act as personifications of the dark, damp and unknown, luring characters to unknown destinations, be that elsewhere, undocumented suburban sprawl or death.

Budden is adamant that ‘London is never finished. London never was like it was. Build and destroy and repeat.’ (2020: 303) His book is set in the cracks between community and gentrification, a world where poverty is real, tower blocks burn, music and drink and drugs are not signs of rebellion but are all that hold many people’s lives together. London Incognita is an astonishing exploration of the city, imagined and real, tinted with horror in all shapes and forms, real and imaginary. Its characters live on the edge, geographically, socially and psychically. It is melancholic, horrific, brutal, honest and inspirational by turns, not to mention shockingly readable.

View all posts by Rupert →
This entry was posted on 5 June, 2021 in homepage and tagged Gary Budden, London Incognita, Rupert Loydell. Bookmark the permalink.