PUNK’S NOT DEAD: An Essay & Film

Bill Drummond was asked to appear on telly to talk about Joe Corré burning a load of punk junk. Instead he’s made a 60 second film and written the text below about why the true spirit of punk is not a nostalgic archive, but an energy that will never die. Photo by Tracey Moberly 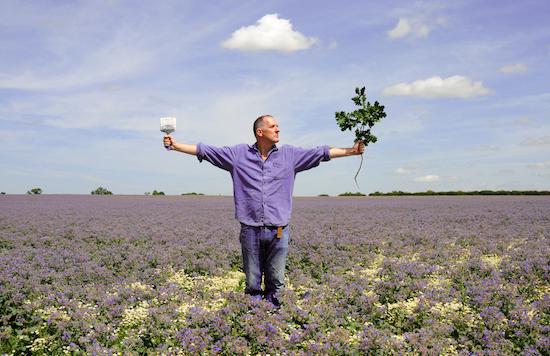 On the top deck of the 476 heading back to my freezing flat earlier this afternoon I got the following text:

Hi Bill – it’s N———- from Newsnight – hope you are well and don’t mind me contacting you direct. Could you come on tonight to talk about whether punk is dead – does it have relevance to modern society? We have Joe Corre coming on because he thinks it is and is burning lots of memorabilia. Look forward to hearing from you.

And when I got off the bus into my freezing flat, I sent the following email:

Thank you for your invitation.

The short answer is No!

Now I should let you get on with finding someone else who might be suitable. But if you have the time now or later, these are the reasons why my answer is ‘No!’

1: Ten or more years ago, I got invited onto Newsnight to discuss something. I wanted to say no, but my colleagues persuaded me that I had a duty to them to go on. So I went on, it was pre-recorded. The pre-record was then edited. The edit gave a different slant to what I had said. My colleagues were angry with me, as it seemed like what I said went against what we all agreed about. I decided there and then never to do TV again.

2: In 2012 I was invited to talk about punk for a programme called Punk Britannia. I turned down the offer as usual, but then decided to film a Sixty Second clip and send it to the producer of the programme telling them they could use it, but only if they agreed to use it in total without editing it. I don’t think they used it.

3: Since then, every time I am invited to appear on TV, I turn the offer down. But every time I record one of my Sixty Second films and send it in to the maker of the programme in question.

4: On this coming Monday, I was already going to make one of these Sixty Second clips in response to a request from a BBC Four programme.

5: On this coming Monday, I will also make one in response to your request and send it to you, in the full knowledge it cannot be used as the time and date have already passed.

Thank you for reading this far. And hope you have enough time to get some one for this evening.

It is now several hours later and my flat is still freezing – the reason for this is that the boiler has broken and for some reason I am procrastinating about calling an engineer. And for some perverted reason I want to embrace the cold.

I decide to watch the first two films I did for the Punk Britannia programme back in 2012. The first was called The Birth Of Punk and the second The Death Of Punk. Then I realised I had remade The Birth Of Punk earlier this year so that it would fit in with look of all the rest. The rest all being filmed in my front room. The room that I am sitting in and freezing right now.

Then I started thinking – punk never died – will never die. And these are the reasons:

1: Punk, as defined by The Sex Pistols and The Clash, was a punk focused and framed by two men, Malcolm McLaren and Bernie Rhodes. The punk they focused, framed and presented to the world was from an East End, rag trade, Tin Pan Alley worldview. It was about short-term gain, pile it high, sell it cheap. It was about shock and novelty. There was little difference between it and the vaudeville or music hall a hundred years earlier. Or maybe Larry Parnes with a dash of Guy Debord. And none of what I am saying takes anything away from their creativity, or from the greatness of Johnny Rotten or Joe Strummer and the records they made. And I know it is easy for me to pontificate at several decades distance.

2: But even then back in 1976 and early ‘77 we were experiencing something else in Liverpool. There was another punk. A far more important punk. And this is the one that will never die. This was the one that was born in the imagination of teenagers in box bedrooms on council estates and two-up two-downs, across these islands. Teenagers who would have never stood a chance in previous generations. Teenagers in cities and towns from Belfast to Coventry, from Glasgow to Bristol, from Sheffield to Manchester and of course in Liverpool.

This punk had nothing to do with pink mohair jumpers or tartan bondage trousers.

Had nothing to do with Mohican hair cuts of studded jackets.

Had nothing to do sneering lips or wild stares.

Had nothing to do with power chords played fast and loud.

This punk had everything to do with not waiting for permission. Especially permission from London.

This punk had everything to do with doing it now, even if you had no idea of how to do it. Or even what ‘it’ was or still may be.

This punk first manifested in Manchester with the release of Spiral Scratch by the Buzzcocks on the 29 February 1977. And it has never stopped. It is happening now. And we would probably not even recognise it if it ran us down in the road tonight. It has nothing to do with the music and fashion from a long gone era and everything to do with…

And certainly has nothing to do with a modern-day London-based rag trader burning his dad’s old stuff. We all have issues with our dads.

On Monday morning I will attempt to distill some of what I have said above and make a Sixty Second film. The title will be Punk’s Not Dead, without the question mark. I will send it into Newsnight, knowing full well the moment has come and gone.

As for the heating, I will not make that phone call to the engineer to get it fixed until after I have filmed PUNK’S NOT DEAD.

Originally published in The Quietus