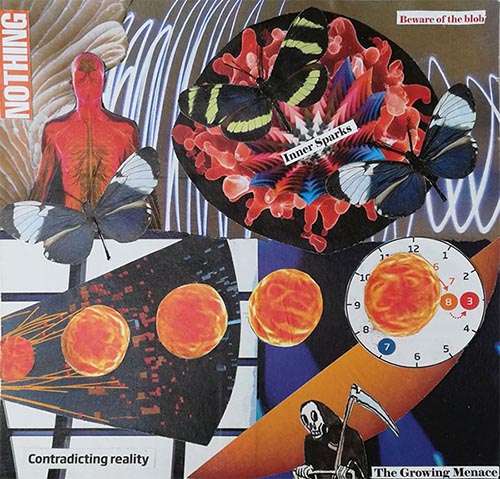 Shower soft grass
ceases to be blades at present,
and yet dark falls on them
to be slashed and sliced.
Summer that touched some summit,
cools a tad. Election result is still
being played in some news, this late.
I hear a hiss beneath my window,
not a greeting from a serpent,
more like air gushing out
of a flattened tire. Fatigued, I sleep
well, whisper in my dream
to the fascists, “S**t stops here.”
Oh, the burden of levity. I float
inside my consciousness.

In Indian reincarnation fascism wears the colour of nirvana and camouflage of the yogis. They weaponized social media handles and religious bias. They makes the West believe that they shall be a power to balance China and ISIS.

The election for the ministry of West Bengal, a State in India, posed a last frontier for the above-mentioned power in the centre of India. They came with all their might; they choked the state’s share of funds; they bought state ministers of the liberal parties; spread money across the poor section of the state, promises of new jobs and fake news and real incidents of communal fights. They tickled the male ego by saying they should take the patriarchal lead. On 2nd May, 2021, people of Bengal proved difficult to be understood by a fascist. People chose beyond the lure of religion and money, and chose a woman to be their Chief Minister, the head of their state, newcomers to be ministers. This also sends a tremor throughout the country and to the other states to rise against the right-wing power.

Tweet
This entry was posted on 5 May, 2021 in homepage and tagged Kushal Poddar, Rupert Loydell. Bookmark the permalink.