The worst sin towards our fellow creatures is not to hate them, but to be indifferent to them: that’s the essence of inhumanity.
George Bernard Shaw, 1897 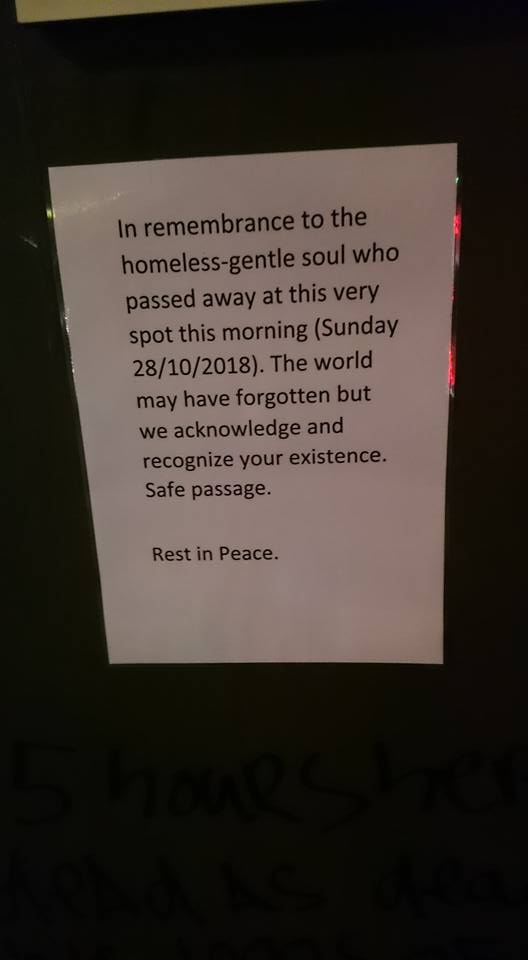 On Sunday 28th October 2018, yet another homeless person lost their life in Camden’s seemingly uncaring and ignorant London streets. This posting is a way of publishing this poor, defeated soul, and honouring their potential and waste. Words can be a book if they describe a life, so I hope to make a library of souls and the experiences that formed them; tributes to the innumerable victims of an insensitive society, primed only by wealth and class, indifferent to the cries for help that continue to come from the weak and disenfranchised. These victims of neglect are killed by brutal acts of selfishness, and disinterest. Every look that turns away is a stab wound to their heart and a deflation of the soul that weeps onto the pavement. The feeling that the problem is too big for anything useful to be done is a kind of genocide. And this, the most recent death is a mere  raindrop compared to the ocean of sadness that floods the streets of every city on the so called civilised earth. Moral perversion manifests against the massacre made when we lose care for each other. Let these words add to the ones we have lost and those we must learn how to cherish. May God and his creation truly bless them all. 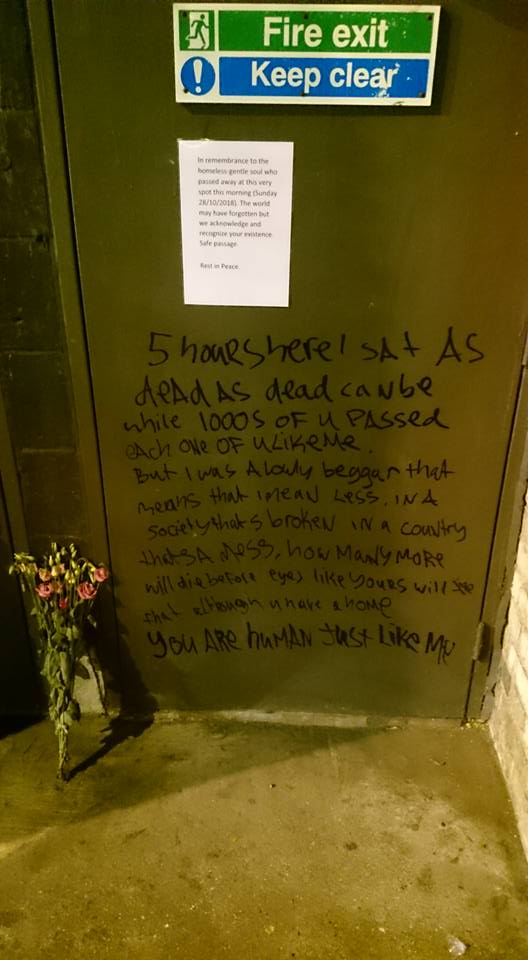 View all posts by Elena →
This entry was posted on 10 November, 2018 in homepage. Bookmark the permalink.