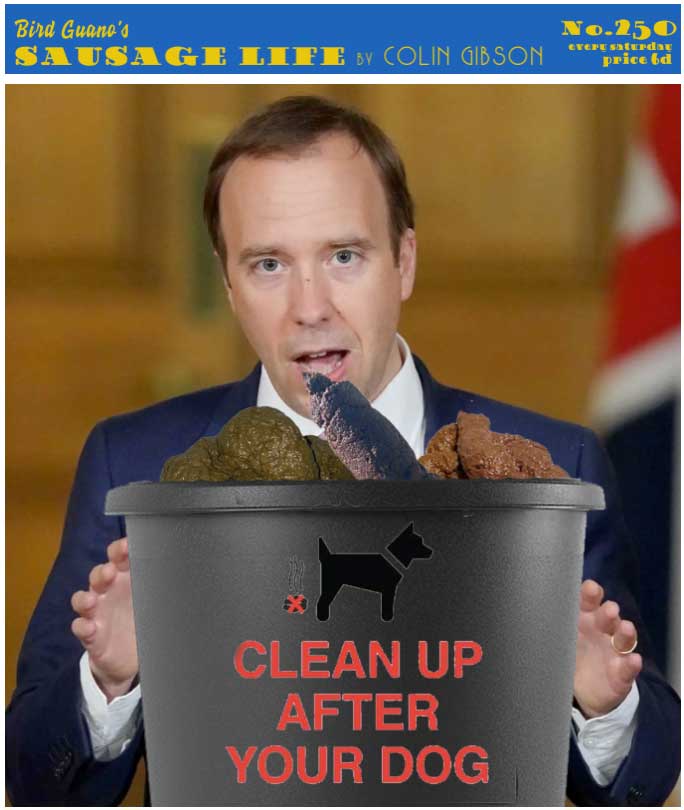 READER: Are you going to the premier of the new John Lewis Christmas ad at the Leicester Square Odeon?
MYSELF: I am not, and furthermore, rather than scar my retinas with that kind of cynical money-grubbing tosh I would prefer instead to saw my own head off with a bread knife.
READER: Oh here we go, your so elitist. I mean have you no seasonal sentiment in you at all?
MYSELF: Elitist? Moi? On the contrary, I am the very essence of the true Christian spirit as invented by Charles Dickens. I just have to see a turkey to go into a frenzied fantasy of throat-slitting, feather-plucking, stuffing and drinking until I am unconscious.
READER: Ha! You claim to be a vegetarian, but I know you eat fish.
MYSELF: Only if they have been clubbed to death by Eskimos. By the way, I’ve just been handed the shooting script for The John Lewis ad, and despite being threatened with libel, I have decided to reproduce it here in full.

EXTERIOR NIGHT SNOWING
A small child drags a stuffed badger along a snow covered street. She flips a finger at a policeman cycling past on his way to an armed robbery. She stops outside a John Lewis shop window where a sinister clockwork mannequin got up as Father Christmas swivels its evil head, eyes glowing like hot coals beneath thick white brows.
From inside the shop window, we see the child gazing longingly in. We see that the object of her desire is an aquarium containing snapping baby alligators with rows of  tiny pointed teeth.

READER: Woah! Stop! Spoiler alert! This is going to ruin everything for John Lewis Christmas advert fans!
MYSELF: I don’t care. If you ask me they deserve it.

(cont’d)….
CUT TO:
INTERIOR: A warm cosy living room with a huge blazing log fire and a Christmas tree laden with presents. Enormous piles of gilt-wrapped luxery chocolates cover every surface. A small group of carol singers have been invited in and are being served with mince pies and brandies laced with Rohypnol by a couple wearing rubber corsets as they sing 50 shades of Christmas.
We hear Gloria in Excelsis as though played on a toy xylophone. It is the front doorbell. Over a swelling orchestral version of Slade’s Merry Xmas Everybody the man opens the door. It is their daughter, the little girl with the stuffed badger.
In a short flashback we see her smashing the shop window, stealing a handful of baby alligators and cramming them into her coat pocket. She flips the finger at the Santa Mannequin and scuttles off.
In the house, the atmosphere is merry, and as the party descends into a frenzied orgy, we see the child sneaking into the spa room, where she slips the baby alligators into the hot tub.
CLOSE UP:
The child turns and gives a Churchill salute to camera. Fade to out of focus living room as the credits roll.

HANGOVER CURE
Mayonnaise. Yes, you heard it right. Not many people are aware that mayonnaise comes from the spleen of a Norwegian Wild Boar and is not made from raw egg and mustard as is commonly believed. The hard drinking Norwegians can’t get enough of it, as it is widely recognized in Norway as a sure-fire hangover cure. “First the Wild Boar must be lured into a cave with flattering songs.” a spokesperson from the Norwegian Embassy told us, “After the mayo has been extracted, it is vital that the boar must look surprised, otherwise the cure will be ineffective. If he appears nonchalant or displays an air of mild disapproval, the hangover will get worse. Then the only recourse is to lie under a pregnant mare and sip a glass of our famous national drink, Haakenhuurr, which is made from well-rotted fish scales and baby vomit.”

CLARINET BLESSING
Anglican Archbishop Paul Clerihew will be blessing clarinets at Upper Dicker’s church of the Dyslexic Martyr this Thursday from 2pm as part of the East Sussex Annual Festival of Clarinets. He will be joined by Russell Brand who will read passages from his latest bookywook How To Talk Bollocks (Tossa & Windbag £15.99)

Advertising feature
World of Cement is currently offering three bags for the price of two in a drive to encourage cementing. Head of sales Matt Quicklime told us: “It is vital in these austere times, what with stratospheric butter prices and the rising cost of light bulbs, to encourage cementing in all its myriad forms. Not many people realize just how versatile cement can be. For example, one 20kg bag of cement is enough to conceal several dead relatives under a patio and when mixed with porridge oats can feed an average family for a month.” World of Cement is open 24 hours a day, seven days a week and caters for all your cementing needs.

Born in Milan to Scottish immigrants, Angus McAlnwyck is head researcher at the International Institute of Oranges in Ashford. He is a keen cellist except on Thursdays, when he is an enthusiastic pigeon fancier.

THE HADDOCK
by Angus McAlnwyck

View all posts by Colin →
This entry was posted on 12 November, 2022 in homepage and tagged Colin Gibson, SAUSAGE Life 250. Bookmark the permalink.