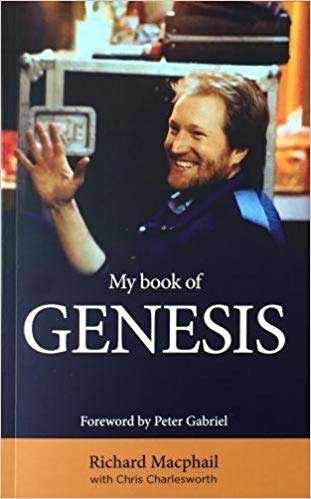 Hi, have you seen these?

No. You been on the scrounge again for review copies?

Actually, I bought both these books.

Blimey. You won the pools?

Treated myself, didn’t I. Caught my eye. My kind of thing, I mean it’s not like there are endless books about the great music of the past, is there?

Wouldn’t know mate. When you going to stop listening to that progrock crap and get into some adult music, or Radio 4?

Soap operas about farming and interviews with politicians? Get over it. I’ll stick to the musical greats!

Err, right. So what have these people got to tell you about your favourite music from the past then?

Well, Richard McPhail was part of Genesis when they started. He was at Charterhouse and sang in other bands, was friends with them all…

Another public school oik then?

Well, if you want to put it like that, yes. Anyway he was part of the band for many years. Saw them record early albums, was a roadie and tour manager, chief cook and bottlewasher…

‘My time in the Genesis kitchen’. Sounds fascinating!

It is actually. He tells it like it was: the arguments, recreational drugs, arguments and improvisations, disappointments, people leaving and staying, how they wrote their songs, etc.

He was there when Steve Hackett joined, and when Phil Collins auditioned for the drumming slot, and then later became main vocalist.

I wish they’d taped his mouth shut myself.

Well, what do you know? They went mega after Gabriel left.

Right, in your humble opinion. Anyway, he kept in touch with them and was on various Genesis and Peter Gabriel tours down the line too.

And now he’s cashed in and written a book because he’s too old to tour and, besides, Genesis split up years ago.

No, well maybe. Anyway, he doesn’t need the money, he runs some software company now, this is just him chilling out and remembering.

And no doubt it’s brilliant…

I enjoyed it. It’s not the best written book in the world, but it’s clear and straightforward…

And what about this other one? Solid Mental Grace! I mean what is that about? Surely if you want to listen to the music of Yes you need a record or CD player, not a bloody handbook.

Well, this guy is interested in how Yes have survived 50 years, in their musical creativity and why people – like you – are so rude about them, and intelligent people like me love them.

I don’t hate them, they’re just, well a bit Seventies. I mean, I was a kid back then. Lots has happened since then. Anyway, what has this Barrow bloke got to say then?

It’s a bit odd really. He has a bit of a highfalutin manner about him…

It says on the back he runs a think-tank.

Well, that might be it, yes. Anyway, it’s quite interesting. He kind of considers the music, tells you what’s happening, and then discusses it within the context of the time, the band’s timeline, and now; how the music has stood up or not, why people are still interested.

You know they are, look at those compilation tribute albums not so long ago.

I’d rather not. Well, anyway, there’s a fanbase out there, yes, but no one else is going to read the book are they?

Probably not, but I am a fan, and I enjoyed the read. Once I got used to some of the longwinded and unsubstantiated discourse.

Well, he comes up with all these ideas and comparisons but doesn’t really back them up from anything, it’s just his ideas really.

So, basically, the book is just some sad Yes fan sitting at home, headphones on, seeing what he thinks about when he listens to his worn-out albums over and over again?

Well, I think he has bought all the remastered CDs. I mean he talks about all the bonus tracks and stuff like that. It’s interesting stuff, in a way…

Right! I mean what does this kind of stuff mean:

It is as it is, and then it passes, leaving its own distinctive trail of longing, emotion and aspiration imprinted on the listener.

As I have been absorbed and been absorbed by Yes music over the years, I have discovered, I believe, a sense in which, to adapt the title of the second phase/mini-movement of ‘Close to the Edge’, it is possible that the total mass of the band’s music can indeed be retained, even as some of it is foregrounded and other parts of it slip from memory or attention at different stages of our appreciation.

Well, dipping in at random doesn’t work does it. I mean… I don’t really know, actually. He does go on a bit, to be honest.

There you go then. Pub?

And make sure you leave those books here. Cultured Llama, my arse. 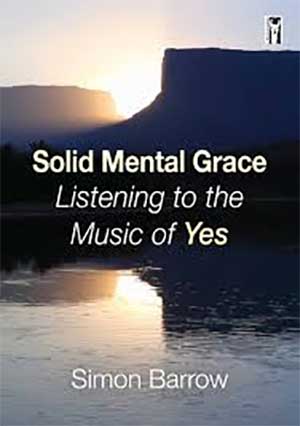 Tweet
This entry was posted on 8 December, 2018 in homepage and tagged Johnny Close-to-the-Edge Brainstorm, My Book of Genesis, Yes. Bookmark the permalink.