‘Sold a Lie’: Stop Watching the Show – Manifest a Vision of Truth 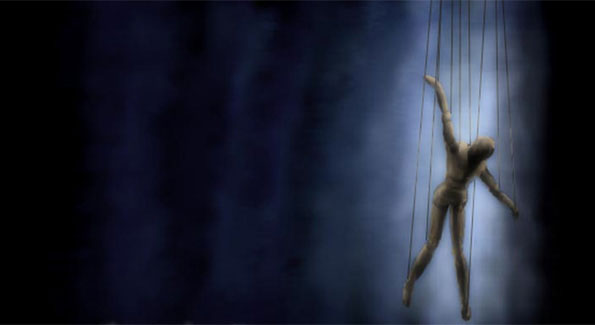 ‘The show must go on’ as they say in the theatre. And indeed, so it would appear. Only this particular show seems to have no beginning or end. The curtain never comes down; there isn’t even an interval in which to draw breath and stretch one’s legs.

It’s a 24/7 bonanza, and the cost of a seat is almost certain to put you out of pocket. In spite of which, the auditorium is full of expectant faces staring up at the unfolding scenes and drinking in the drama being staged for their consumption.

So few actors, so many spectators. Yet the actors hold the attention and the spectators soon forget that they are in a theatre and have paid for their seats.

We are all at this performance. Its setting is planet Earth. The actors strut around feigning importance, playing the role ascribed to them by the writer of the script and the director of ‘the show’. You know who they are – you see them everyday on TV screens and newspapers. A few are quite convincing, and like most actors they feign true sincerity and then pause for the applause. 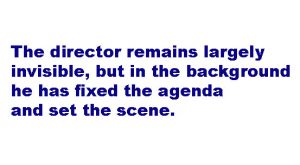 The director remains largely invisible, but in the background he has fixed the agenda and set the scene. The script writer also remains largely incognito. However, his words on the page provide the narrative without which the actors would not be able to perform their predesignated roles.

The cast of todays crowd pulling drama have names like May, Merkel and Trump. The play in which they are urrently performing is entitled ‘If I Ruled the World’, and there are many other roles for aspiring lesser performers and even for some retired leading-lights of yesteryear.

New scripts continuously emerge so as ‘to keep the show on the road’. A recent hit, for example, was ‘Brexit’, a play in four acts, featuring a strong line-up of music hall performers as well as some fine orators, one of whom cut his teeth in the great performing venues of Continental Europe.

But look, these marionettes of the political charade called ‘democracy’ can only be where they are, and do what they do, because we give them centre stage. We let ourselves become embroiled in their show and convince ourselves that it’s the only show in town. But it’s not, and in spite of being big and noisy, it’s actually a facade designed and orchestrated by the hidden hands who pull the strings that tweak the marionettes into action. Very occasionally a true leader emerges. An individual who stands out for their empathy with a struggling humanity.

But for decades now, it is ‘the show’ that has contrived to dominate. A show kept in place by stage managers who ensure all the rules, regulations and disciplines are operating as they should. But it is we the people who elect the cast of this play. A cast who promise to reflect and represent our needs on the national stage. To bring change where change is needed and to stand firm in the role that they are given.

So you see, we are complicit in the maintenance of ‘the rules of the game’ that keep the control system under which we suffer, alive and well.

Those who we elect mostly fall at the first hurdle – and all their promises go with them. ‘The system’ is in charge, after all, and our elected representatives quickly fall under the spell of its mechanics and become victims of its sinister agenda. An agenda played-out on the global stage with the help of powerful centralized banks, mega corporations and a heavily funded military. Yes, this is the show we have paid to bring to town.

But we have been sold a lie. We have bought into a chimera, a charade, and the biggest part of the problem is that we fail to recognize this fact. We actually believe it is a bona fide happening, without which we would all be thrown into chaos and despair.

So it is that we cling on to this outworn model of ‘democracy’, fearful of what might happen if it were dismantled and consigned it to history. Fearful maybe, of what might emerge in its place.

But that’s no good, and you know it. Because what stands in front of us is a choice; to remain a slave to a system which cannot survive without slaves – or to break free and give form to something altogether different.

Are you ready to take such a step?

So what might bringing about something altogether different actually involve? We must have a go at answering this, because it is the most critical question of this era, one we all face today – whether we realize it or not.

What we are talking about is taking back control of our destinies, not giving responsibility for them to someone else. Try to conceive what this might be like.. Well, for a start, out goes ‘the politician’ and with him/her the central control system called ‘parliament’. By the way, parliament did once represent the venue for an ideal in the making. An aspiration to give voice to those who never had a voice and to introduce collective justice where only the will of a monarch had previously prevailed.

But such a situation has long been redundant, because parliament was hijacked decades ago by the hidden hand of centralised control, and the politician became a stooge for the banking, military and and corporate power cartels seemingly beyond his control. That is why this ‘corrupted beyond repair’ model has to go.

There’s a new lightness in the air at the sheer mention of such an action! What is mainstream media going to talk about without the mock democracy to fill its airwaves? Where will attention be turned once the charade of politics is removed from its pompous pedestal? What would we like to see fill the vacant place?

Think about it, because almost nobody is, and that is in large part the reason why it hasn’t yet happened.

It is at around this point that something valuable starts stirring within, and the seeds of a fresh vision put forth their first shoots. The low vibratory rate of energy to which we have adapted, shifts upward a gear. The fog starts to clear. We can see more clearly what we couldn’t see at all before we dared dispense with the old lie.

The new perception looks and feels something like this: we are here on this world having something called ‘a life’. It might last seven or eight decades, or more, or less; but as far as we know, it’s the only one we’ve got. How did we acquire this special gift? What are we going to do with it? Since it’s special and quite unique – isn’t it logical that we would want to do something special and unique with it?

Once we see we’ve been sold a lie, our next logical realization is to recognize that it’s a massive waste of this one life we have, to pretend we can ignore reality. It is then that the possibility of something altogether different entering the arena, makes its unexpected debut.

“My God” it says “I want to live!” “I want to confront this lie head-on and cease running away from it!” And that is a truly revolutionary happening; one which can – in an instant – change our entire outlook on life. For although it’s only a beginning, it’s a real beginning, one full of promise for what might follow.

Looking back at the crazed and confused scenes taking place on the world stage, shifting like tides between high melodrama and low bestiality, we can now see that it is no use trying to paper-over the cracks and pretend that we can go on living life ‘as usual’. The cracks are the dominant factor and what lies in between is so insubstantial as to be of no practical use.

Our only way forward is to invent a new future. Open a fresh page in the book of life. Not ignoring the past, but getting to grips with understanding it – and then bringing it with us on the great new journey upon which one has embarked. Let a new found passion lead the way. Let intuition be your guide. Let awareness be your tool box.

If you had identified yourself with any facet of the crumbling status quo, you will soon find yourself untethered, because there is nothing left able to hold a stake to which you can attach yourself.

There is nowhere left to turn except into your own inner resources. For it is from this region that the new vision emerges. That place where truth still resides, untrammelled by the ways of the world.

And then, on peering ever deeper within, one can begin to see the emerging presence of another world altogether. A world awaiting birth. Longing for birth. Waiting to be born. A world shimmering with expectation and excitement. A world lit-up by luminous energies.

Men and women alike give birth to this great entity. It does not require a womb or a phallus, although it’s composition embraces the essence of female and male, finally liberated to give full focus to the building of the new society which it is our imperative to create.

Now is the time to set aside all that would try to close the window on our true destinies.

Here is where we will find the footings, the solid ground, from which we can start building the World to Come. A place to carry us through the storm which cannot be by-passed. That is our true work from now on.

The mad actors who strut the world stage today do not realize that they are playing-out the final scene of an apocalyptic epic. A drama devised and directed by the architects of control. Criminals, whose full exposure is ever closer at hand.

We are moving into an auspicious time. A time in which mankind frees itself from the prison that has for so long held it hostage. An event which will break the cords of fear-induced captivity and finally bring down the curtain on this devious age of deception.

.
Julian Rose is an early pioneer of UK organic farming, an international activist, actor and writer. He is President of The International Coalition to Protect the Polish Countryside. You can read about and purchase his acclaimed books ‘Changing Course for Life’ and ‘In Defence of Life’ at www.julianrose.info

View all posts by Julian →
This entry was posted on 8 December, 2016 in homepage and tagged Apocalypse, Julian Rose, Lying Governments, puppet systems. Bookmark the permalink.