Video and Montage by Alan Cox 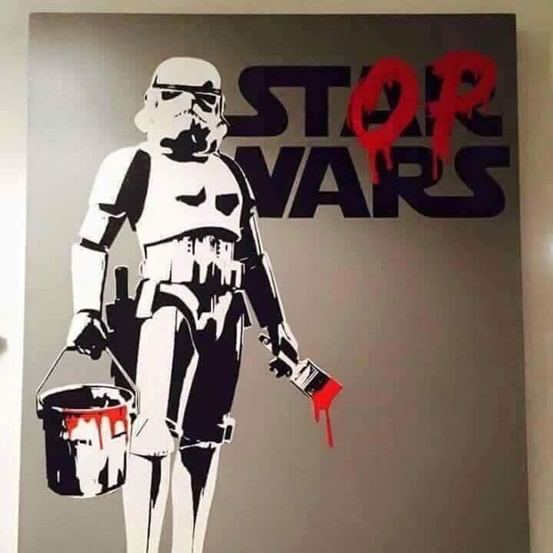 “All war is a symptom of man’s failure as a thinking animal.”
– John Steinbeck

.
One in eight babies is born in a war zone,
Its consciousness seized by toxic shock.
First made aware of life by an act of love
The flow of love, due to war, is blocked.

A mother’s milk dries up through anxiety.
Farmland fought over leads to famine.
War’s devastation lets landscapes go to ruin.
Air is defiled by dust and rank adrenalin.

With no haven in war’s psychotic maelstroms,
People are shot at random to see them fall.
It’s forbidden to kill yet war issues permission
Like an evil clown grinning, ‘Death’s a ball!’

War has been obsolete for thousands of years,
Yet the irrational still promote the deadly addiction
For state bullyboys with their territorial imperatives,
Spurning co-operation for low-minded competition.

‘Give me that. You can’t play with that. That’s mine.
‘I won’t be your friend if you don’t do what I want.’
Such playground motives lurk beneath realpolitik
As warmongers pretend self-interest’s irrelevant.

With serpentine hypocrisy they’re ‘humanitarians’
And it’s due to their ‘humanitarian’ instincts
That they vaporize babies with Brimstone missiles,
And that their enemies are swatted like insects.

Both Blue and Red Tories and the Yellow Lib Dems
Believe murder’s permissible in a ‘just war’.
They lack the moral imagination with which to see
It’s unjustified to bury human beings in gore.

In the words of Sun Tzu, “the supreme act of war
“Is to subdue the enemy without fighting” –
Since most wars end with each side’s negotiating
War itself may be substituted for talking.

And just as it’s a contradiction to have a civil war,
Since war is essentially uncivil,
The notion of a just war is equally specious
For war hands over justice to the devil.

With thanks to Paula Finch

View all posts by Heathcote →
This entry was posted on 24 December, 2015 in homepage and tagged banksy, Heathcote Williams, Star Wars, Stop Wars. Bookmark the permalink.