THE CASE FOR UM 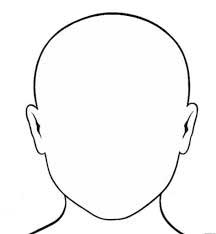 Because I have no wish to feed the President’s malignant narcissism, not
to mention unintentionally advertising his brand each time I write or speak
his name, I have decided to refer to him by simply the syllable UM.  Those
two letters stand in about the same proportion to his full name as his
insecure real self must stand in proportion to his overblown ego persona.
He cannot t _ _ _ _ democracy if he is after all only an um.  (Capitals are
optional.)  I already spend more time obsessing over the acronym for The
Really Ugly Mock-President than he deserves, and I’m sure I’m not alone in
this.  Um will be much easier to put out of my mind, to establish um-free
zones of thought.  The best way to defeat um is to shrink him in our minds
as small as he is inside, a colicky red-faced infant in a five-hundred-pound
gorilla suit.  Because in the end even thinking of him plays into his tiny
hands.  I believe that um would like nothing better than to become all we
think about, all of us, all of the time, the center of everyone’s attention,
and we can’t let him have that satisfaction.

Tweet
This entry was posted on 7 March, 2018 in homepage and tagged Thomas R. Smith. Bookmark the permalink.

One Response to THE CASE FOR UM