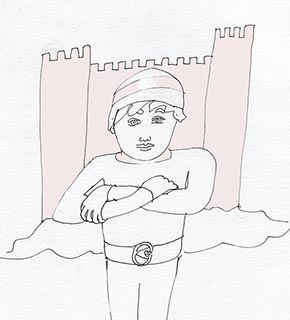 ‘Culture comes in an aerosol these days; a quick squirt just to cover up the stink you know.’

It would not, I am willing to venture, be amiss to regard the machinations of Corporate organisation as a kind of magic, and black at that to boot. Waving its glamorous and tempting pictures of new things you haven’t got  (and therefore now must have?)  before the eyes of a mesmerised population; while their power has become well nigh unassailable. Invisible within their abstract castles they now pull all the strings. Puppet masters who send our ministers swanning out into the limelight of celebrity to articulate their will and guard them against any repercussions.

Once upon a time revolution seemed to offer the way to a better world, but history shows this to be misguided, for the successful revolutionaries have always fallen prey to the same irresistible laws of power which had governed their predecessors. Irresistible since in that value system one hint of integrity or plain honesty sees  that person out on their ear; while the man/woman at the top must be ruthless.

Revolution was possible earlier because those against whom the revolt was aimed were identifiable. The Corporation has put paid to this, since the invisibility of its governors makes them unknown and therefore distanced from the power of the people.

‘Power to the People’: An interesting idea which is worth some investigation.

On the surface the word ‘people’ indicates perhaps a mass – a mob.
Yet power to the mob is a political dead-end which usually descends into mayhem.
Enough already we have had of that.
But ‘people’ is also composed of individuals and one of them is you!

Thus Power to the people means, power to you as a representative of that people.

But it doesn’t have to go to you.
You already have it!
The left wing of power – The Power to Withhold.
But are you using it, or leaving it all up to the black magicians who hold your mind in thrall?

It is not possible to get to grips with these invisible Masters, but there is some hope yet, (albeit perhaps, given the miasma of inertia governing our present cultural mess, rather a forlorn one.)
An infallible strategy to mount an assault on the Corporate castle which might succeed in forcing major breeches in its walls.

Starve the buggers to death. Deprive them of the sustenance they are sucking from you.
Plain and simple; stop buying their rubbish, which amongst other things is sending gullible people blundering around in a zig-zagg fashion along the pavements of the Metropolis while simultaneously staring bewitched and entranced at the little screen of cyberspace.

For instance can you resist buying the latest app which they temptuously dangle before your eyes?
If the honest answer to that is no, then, alas,  you are already a slave with not a Spartacus in sight.
You have sold your birthright for a mess of plastic, ingenious though it is, but devilishly greedy of your attention, the most precious attribute of all.

The Masters know all the weaknesses and play upon them with the skills of the professional, and are not inclined to do anything to affect the status quo in any field, be it pollution, waste, obscene wealth or poverty. Therefore it is now in the direct hands of each individual – you – to put the breaks on this process by exerting your only real power and withholding your custom.
And there you have them by the balls

However, an unfortunate obstacle to the release of people power is a common idea which has functioned for far too long as a stopper in the bottle of freedom – If nobody else does it, why should I?

If everybody else encourages pollution by accepting a plastic bag for their shopping; why shouldn’t I?
As a result of this stupid and misbegotten idea nobody acts.

A bloodless revolution is now called for and quite legal, since you can’t get nicked for not accepting a plastic bag, or fined for failing to waste a gallon of fresh clean water for one pee, or arrested for not turning on more light bulbs than you really need.

These are merely trifling examples to illustrate the root principles of a dynamic which directly threatens the giganticism of the Corporation.

The crucial difference between want and need has been blurred; a weakness that the Corporation mindset is ruthlessly exploiting, giving birth to the new consumerist mantra: ‘We need what we want.’

Pollution and waste – the sure sign of a degenerate society.
Yet people power is paramount.
But the people is You!

Put people power into affect and the Corporation will collapse like a burst bubble, as, like a deflating balloon leaking power through myriad punctures, it suffers the fearful death by a thousand pricks.

View all posts by David →
This entry was posted on 6 March, 2014 in homepage. Bookmark the permalink.