The Criminal Duplicity of the Mainstream Journalist 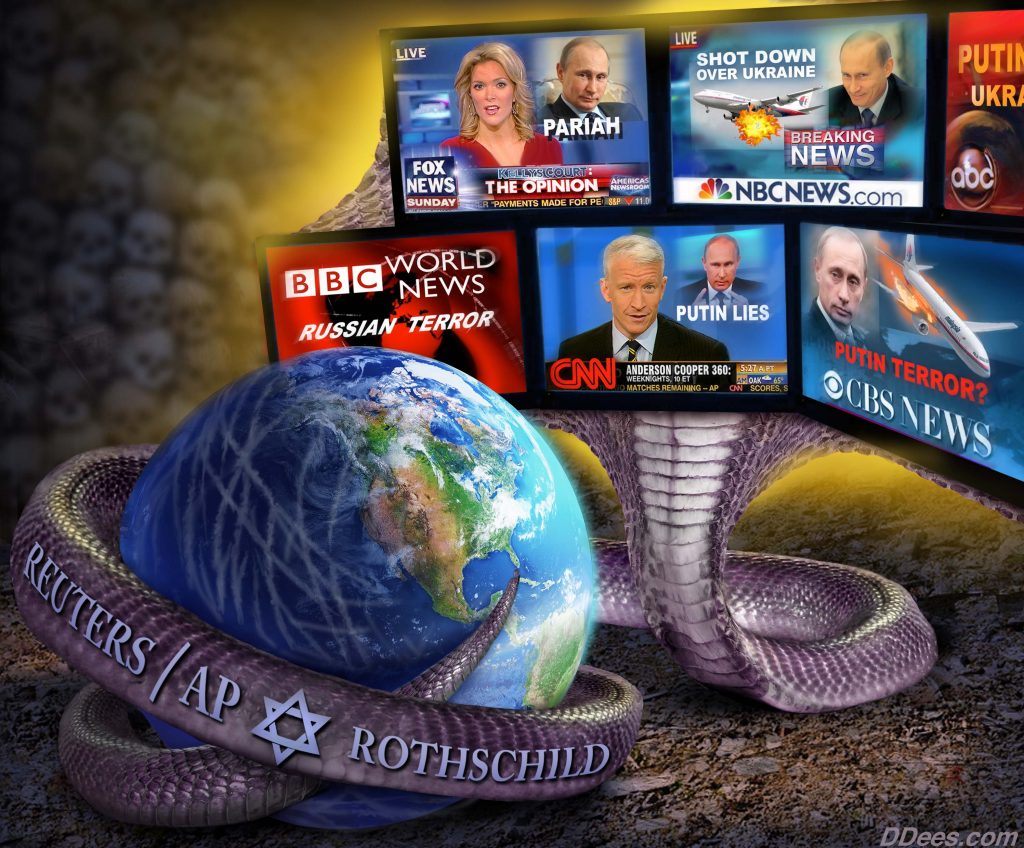 We are faced by a shocking fact these days: the profession of journalism, and I speak of mainstream media journalism, has descended into truly toxic levels of printed and broadcast disinformation. One can now virtually count on the fact that what is being said on any topic of political significance, will be a carefully scripted trotting-out of government and corporate propaganda.

That is not journalism. That is what George Orwell called ‘News Speak’.

It is a dangerous game which these news hacks are playing. They are witnessing one event and describing it as quite another event. Let me amplify this by looking at the stories emanating out of the Middle East.

It must be obvious to most of us by now that Russia, via Putin, is being held responsible for pretty much everything which is no longer working well for Western engineered neoliberal/neocon hegemonic globalism. In fact, the stream of accusations against Putin’s Russia have descended into near or actual farce, due mainly to the fact that they are not backed by any factual evidence. We are all simply supposed to ‘know’ that Mr Evil is at it again and that the West must ready itself to take action against his ‘tyrannical activities’.

Aleppo: BBC reports that returning pro Assad Syrian army troops are raping and murdering the civilian population of this once beautiful city in Eastern Syria. That thousands are trying to flee the massacre going on night and day at the hands of Assad’s army, supported by Russia and Iran. That a systematic bombardment of the citizens of West Aleppo is being perpetrated by the liberating Syrian army. That children are being killed in schools and that all this is being done with cold blooded ruthlessness at the hands of the liberators.

You’ve seen this sort of ‘journalism’. It is based on fictitious information concocted and spread about by paid-off insiders, hired to tell lies at ten a minute. They are there to protect the geopolitical interests of the West. As if to officially rubber stamp this fact, the US Senate recently introduced a bill attempting to ban any story line which might contradict such ‘official’ version of events. Especially those surrounding the defeat of ISIS and the liberation of Aleppo which had been occupied – and virtually starved out – by ISIS terrorists for the past four years.

Attempts to silence truth are a direct attack on free speech. And such attacks are endemic in Westminster and Washington, as we have long been aware. But what we have been less focused on is the fact that mainstream media journalists are one hundred percent complicit. They are equally as worthy of the title ‘criminals’ as the editors who pay them to lie and the politicians who use these lies to further their ambitions.

I strongly doubt that any BBC, or other mainstream Western journalist, has even set foot in Aleppo during the past two weeks. They don’t have to. The propaganda machine works best when nobody looks the reality in the eye. They are simply puppets, singing the hymns that NATO, the EU and USA wants the world to hear.

What has just happened in Aleppo is actually a disarmingly opposite reality. The Syrian national army has completed its recapture of the town. Supported by Russia and Iran, it has finally driven out the bloodcurdling terrorist executioners who had held thousands of terrified Syrian citizens hostage and in fear of their lives. The liberating army has brought food and has reconnected  disconnected drinking water supplies. It is providing medical services to the sick and wounded and busing others out of still active danger zones. It is being greeted with relief and tears of joy.

While, in comparison with the West, Russia has emerged as a relative powerhouse of studied diplomacy, as well as an effective military force in directly combating the US and UK’s gruesome hegemony.

ISIS, let us not fail to reveal, had even bombarded the people of Aleppo in their own homes, as a deliberate ploy so as to directly accuse Russia and Syria of engaging in these horrors. Western sponsored NGO’s are also complicit in inverting such news horror stories to sound like the evil is being perpetrated by President Assad’s national army. There is no end to the attempts being made to  distort and reverse the truth.

Now, let’s switch for a moment to that other closely related story of lies and deceit called ‘Fake News’. And, lo and behold, The gods of what is brazenly called ‘serious news’ (the mainstream media empire) are suddenly spooked by the fact that they might be loosing control over their people. That the feast of lies is not being absorbed as readily as before and that a significant number of those still able to think are turning over to alternative sources of information, like this one, in search of something plausible.

Well, well, this is clearly something that must not be allowed to happen! Let’s brand these clandestine truth seeking sites ‘Fake News’ outlets, spreading false propaganda and lies amongst our audiences! Let’s outlaw freedom of speech – err, I mean fake news – and impeach those who defy us. Yes, and now we ‘know’ Russia hacked into the US elections let’s try and get the West on a serious war footing and kick NATO into action against these anti-Western infidels!

So what I have discovered concerning what actually occurred in Aleppo is now Fake News, and because I’m telling fake news I’m in danger of being criminalized and held up as a traitor of mainstream ‘serious’ news and no doubt my Country. Don’t worry, I’ve been on the front lines for years fighting the likes of Monsanto, Tesco and the European Union, and I’m not about to run and hide at the behest of Rupert Murdoch, George Soros or the Rothschild’s.

In a heightened state of outrage a few days ago, I contributed the following comment to a discussion on fake news in The Guardian: “You have just been reading a fake news column. Mainstream media = Fake News. It is under the unbending thumb of corporate control – and thus editors of papers, such as this one, are tools of a system that will only allow into print that which is expurgated and rid of any attempt to tell the truth, rather than the ‘news-speak’ acceptable to the status quo. End of story.”

And somewhat to my surprise it was not moderated out of existence. It received support and dissent, but the support considerably outperformed the dissent. That’s interesting.

Please do take the time to click on the below link and watch the footage put together by ‘UK Column News’. It stands out like a beacon of light amidst the sea of darkness surrounding the issues I have described above.

Real journalism can now only be found on discerning alternative media sites. Please note that I said ‘discerning’. Main stream journalists who knowingly distort the truth, especially in life and death situations, should be considered as directly complicit in crimes against humanity.

Julian Rose is an early pioneer of UK organic farming, a writer, actor, international activist and President of The International Coalition to Protect the Polish Countryside. He is the author of two acclaimed titles: Changing Course for Life and In Defense of Life upon which further information can be found at www.julianrose.info