The Denaturing of Nature 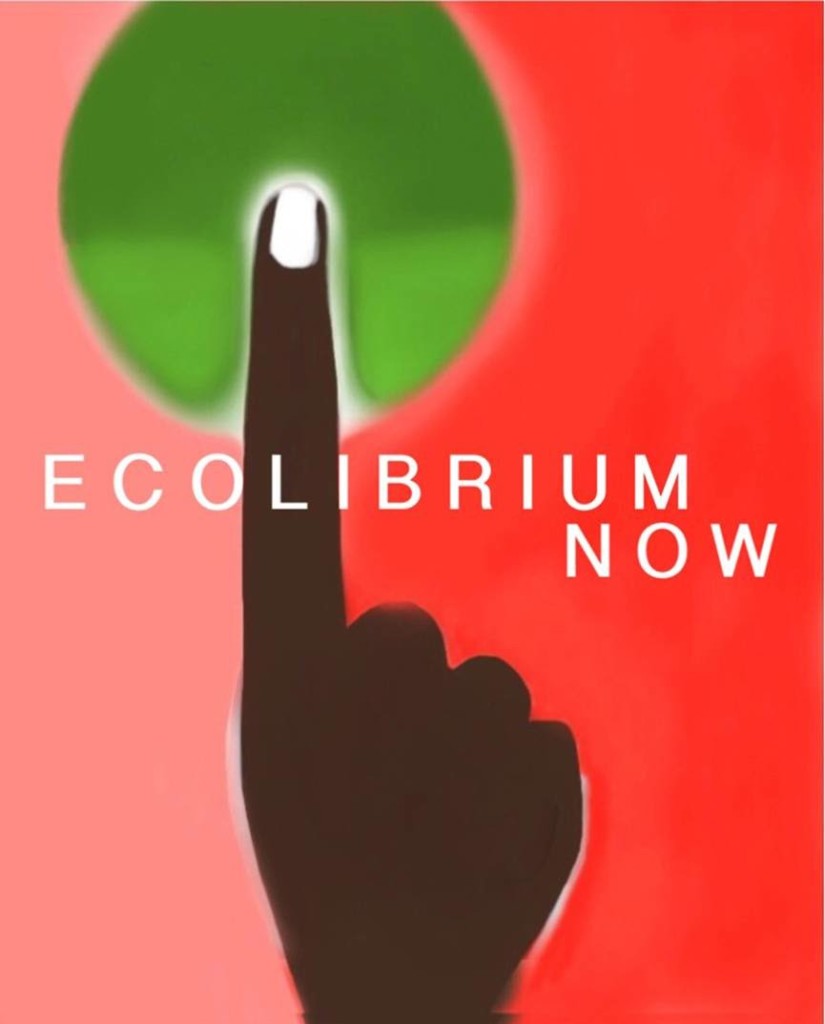 This essay was written as a contribution to a recently launched book entitled ‘Ecolibrium Now’. (www.ecolibriumnow.com)

The book is a campaign tool to create an International Law of Ecocide that would make the destruction and loss of ecosystems the Fifth Crime Against Peace at the United nations.

There can be no more certain way to decimate life on Earth than through the act of setting in reverse the natural expansiveness of nature. Yet that is exactly what has been happening for the past two centuries, through the relentless eradication of farm and forest biodiversity in a fixated, tunnel vision pursuit of specialisation and profit.

The same goes for breeds of cattle, pigs, sheep and hens.  Once diverse breeds, have now been reduced down to a few well known lines due to superstore’s rapacious demand for ‘perfect conformation’, standardisation and increasing sterilisation of the means of production.

It is almost impossible to comprehend the levels of destruction that have accompanied this merciless march of ‘progress’. And this is how it is still hailed today, by the scientific and agrichemical specialists who feed through their apocalyptic dreams of genetically modified, pesticide soused super crops to the government officials and barley barons who collude to keep the agricultural industry on its road to Armageddon.

So where did it all start?

It is safe to say that the commencement of an industrial revolution in the British Isles around 1750 played a critical role in setting in motion, for the first time, the production of food as a ‘commodity’. A major industry with global outreach and a big earning export market. Up until this point, farming was a largely a family affair in which the first priority was to feed the household and only then was any surplus taken to the market.

The industrial revolution’s rapacious demand for raw materials set in motion the first phase of a crushing ecocide which has now become the number one destroyer of flaura and fauna throughout the World, denying much of humanity the opportunity to nourish and self-heal for free.

With the onset of the process of industrialisation came a new mindset. One that saw diversity as ‘competition’ and nature as something ‘to be conquered’. Suddenly, thousands, if not millions, of years of expanding evolutionary biodiversity was stalled and then set in reverse. The ever changing cornucopia of the countryside became relegated to a backcloth and playground for those who were to make their fortune at its expense.

In the UK, this coincided with the inauspicious land grab known as ‘the enclosures’, which over a period of some one hundred and fifty years, succeeded in ignominiously ejecting indigenous peasant farmers from the land; replacing them by ‘yeoman’ farmers and science oriented agri-industrialists favouring the development of higher yielding crops, more meaty animals and the specialised approach of the laboratory scientist. This led on to seed ‘hybridisation’ in an all out drive for maximum yields which eclipsed the broader concerns of ecology and biodiversity, essential in maintaining the overall equilibrium and balance of nature.

The trusteeship of the land was thus terminally shifted away from those who best understood its secrets and depended upon them for their daily nourishment. A growing sense of alienation between man and nature took root, accompanied by the rapid acceleration of a process of widespread biological regression.

Tragically, this reductionist farming model was expanded into areas of the world that never had an industrial revolution. A model which, to this day, is still hailed by its backers as the most ‘efficient’ way of supplying mass produced foods to an expanding global population. A system that relegates the farmer to second place and proudly promotes the mechanised and technologically dependent farm and the bag of synthetic nitrate fertiliser, as saviours of humanity.

A farm tailored to a pharmaceutical formula for the maximum propagation of hybridised laboratory crops and seeds presented a seductive package for the new breed of farmer spawned by this brave new world. After all, they were being offered a seed and chemical package whereby one could virtually overrule the vagueries of nature and produce uniformly regimented crops and animals to a pre-planned formula.

But at what cost?

The hybridisation and commercialisation of seeds which got going around 1850, could only perform according to its laboratory creators’ promises when accompanied by a precise application of synthetic nitrate; a product fabricated by extracting nitrogen from the atmosphere using oil as the main fuel for activating this process. It steadily replaced the free nitrogen provided by such crops as peas and beans that had earlier formed the foundation of crop rotation farming practises.

Synthetic nitrate stimulates the crop in the same manner as we are stimulated by a dose of white sugar. The resulting ‘luxury uptake’ directly enters the root of the plant entraining it to acquire its sustenance directly from an artificial source and by-passing the need to draw upon the mineral mix common to all naturally fertile soils.

As a result the DNA of the plant stem cellulose is weakened making the plant particularly susceptible to pest and disease attacks. Due to this anomaly, government and industry trained laboratory technicians have, for the past century, been developing and manufacturing a vast range of synthetic, toxic substances capable of killing-off the pests, fungus’s and weeds that would otherwise have devastated their nitrate weakened monocultural crops.

The combined agrichemical/pharmaceutical  industry that stands behind the millions of tons of toxic sprays that still souse our fields has grown into a massive transnational powerhouse which has merged with hybrid and genetically modified seed manufacturers to take a controlling influence over food and farming operations worldwide.

For decade after decade, this suicidal cabal has been wiping out all but the most resistant native flora and setting back the ecological stability of the planet by hundreds, if not thousands of years.

In spite of the advent of organic agriculture and the (endangered) existence of mixed crop and livestock farms that use few chemicals, around 90% of post industrial arable land is still the battleground of a war employing a vast arsenal of toxic weapons of mass destruction.

A typical commercial arable farmer today has a choice of approximately three thousand chemical mixes to choose from in planning his annual crop protection regime. Every one of these has a direct and deleterious affect on farmland soil, insects and flaura – but also beyond the farm – on the air we breath, as well as the rivers, streams and the seas into which these microscopic synthetic hydrocarbons make their innocuous way.

Let us not hesitate in stating that this is a criminal activity far exceeding the sporadic acts of so called ‘terrorism’ that we are constantly warned to be on our guard against. In fact we could, and I believe should, hold up this barbaric war against nature as the supreme act of terrorism, for it goes right to the beating heart of all sentient life forms in an indiscriminate act of destruction that can readily be likened to the act of waging war.

In fact, as if to ram home the point, post World War Two pesticides and nitrates were derived directly from nerve gasses and explosive munitions surplus to the military requirement of the time.

Overseeing the continuation of this ‘war theatre’ and encouraging its further expansion, are the corporate backed agencies that pressurize national governments to adopt their vindictive ‘free trade’ ‘no frontier’ policies. The World Trade Organisation sits firmly at the head of this table, expounding the rules of  global trading and pushing its ambitions on largely unresistant parliamentary committees of governments around the world. The United States, The European Union and the various other quasi democratic trading blocks, simply reinforce this globalist agenda and are amongst the chief protagonists of a corporate dictatorship which threatens to overwhelm all that tries to go in another direction.

It is our special responsibility to recognise this and to face up to the challenge that it presents.

We live on a planet whose glorious resilience is manifest day in day out in spite of everything that is thrown at her. This World is our garden and only we can ensure that it is nurtured back into an environment worthy of that name. Halting the march of ecocide is therefore the single greatest contribution we can make to life on Earth. It is an action born out of honour for the wellspring of Life itself – and there can be no greater incentive than that to get up and get going – and not rest until the job is done.

As an organic farmer and environmental activist, I have been part of the resistance to this ‘war on nature’ for most of my working life, often on the front line. Throughout this time I have witnessed, both on my farm and on holdings all over Europe and beyond, ecological and environmentally benign land management practices that demonstrate, without doubt, that copious amounts of highly nourishing foods can be grown and distributed without declaring war on nature.

We are now tasked with using these templates to bring about a revolution in planetary management. A revolution which will reverse all continuing acts of ecocide and rejuvenate, nourish and sustain our unique home for generations to come.

Julian is an early pioneer of UK organic farming, international activist and author. See his website [email protected] to find out more.

A small group of volunteers in Stroud, UK decided to get together and invite creative contributors to support Ecocide Law through their poetry, prose, art and photo-journalism, in order to join their voices to help this movement to go global.
Responses have been rapid and astonishing including:

plus many other outstanding writers, poets and artists.

It also has a number of historical quotes, dating back to circa 400 BC, which show that love and concern for the Earth are far from a recent cultural phenomena.