The Denial of the Right to an Opinion 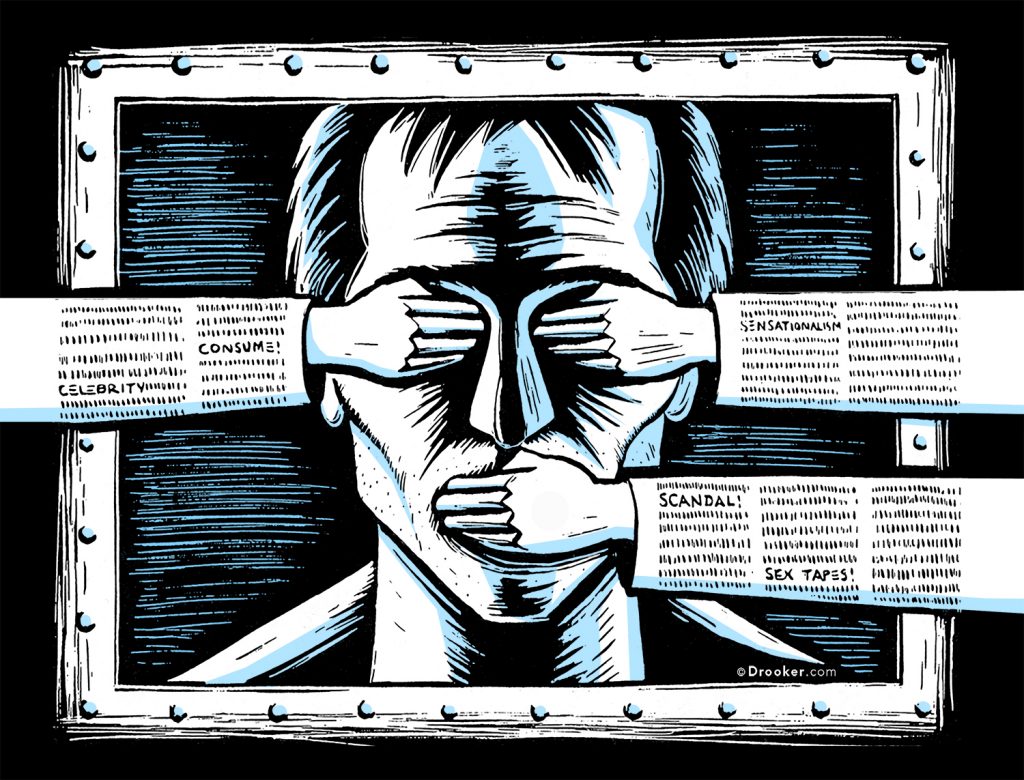 In Britain, during this last week, something very nasty made its presence known to the nation. And it was not Putin or Russia. It was a coldly executed, psychologically loaded attempt to silence those who wished to express an opinion, other than the one held by the government.

Those who believe that the notion that Vladimir Putin is responsible for the poisoning of a Russian double agent and his daughter in the town of Salisbury, England, is unproven.

The British Prime Minister, Theresa May, stated outright “There is no alternative to the conclusion that Russia was responsible.” This was an order, not a statement of fact. An order to step in line and not court controversy.

It capped months of hysterical anti Russian rhetoric and vilification, which in more ways than one, strongly echoed the George Bush and Tony Blair tirades of 9/11/2001. Tirades deliberately directed to make Saddam Hussein fit the role of the number one villain of that particular moment of time, as the unquestionable holder of non existent ‘weapons of mass destruction.’ Now Putin is being given the 9/11 treatment.  A chilling reminder that this is a repeat of a direct incitement to war.

But those who control the political course of events so as to achieve their sinister goals, know that people forget. So Theresa May no doubt feels quite secure in proclaiming Putin to be the new Mr Evil, and the undoubted purveyor of this particular version of a weapon of mass destruction.

Quite secure in inciting arguments that the Country should be prepared to go to war with this ‘Russian monster’, all because some obscure Soviet double agent had been poisoned with a nasty organophosphate product on British soil.

And yet, ironically, and in direct contrast to buffoon politicians like Theresa May and Boris Johnson, Vladimir Putin has emerged over the past decade, as the leading statesman on the world stage. A thoughtful, cool head and a genuine diplomat.

But the lather of House of Commons ‘rent a crowd’ fury directed against the Russian President, carried with it a warning that the Russian media outlet ‘Russian Today’ (RT) might be closed down in Britain, because it dared to ask questions that the British media dared not ask.

God forbid that anyone should raise their voice in suggesting that this might be a rather over-the-top  response to an offense not untypical of things that go on in the obscure and shadowy world of secret agents. But someone did – and that someone happened to be the leader of the opposition, Jeremy Corbyn, who stood up in the House of Commons and challenged the Prime Minister’s opinion on the unsubstantiated facts behind this crime, and the premature pinning of the blame for it on the Russian President.

This entirely sensible challenge drew a howl of dissent from government MPs and even some members of Corbyn’s own opposition party. No, this was, after all, ‘appeasement’ and only the weak and stupid would consider offering any form of olive branch to Mr Evil.

If all this had been part of some TV drama series one could at least have turned off the set. But it wasn’t. It isn’t. And that makes it a blood chilling experience for anyone hoping for some form of rational, measured discussion, to put matters in their proper perspective.

No such human qualities were on display in this witches cauldron of vitriolic accusation and barely hidden call for blood. The British Houses of Parliament.

It sends a shiver down the spine of all sentient human beings when they realize that what is on show is nothing more or nothing less – than the denial of the right to an opinion. That any mortal who dares to ask a logical question is shouted down and accused of working for the devil.

For that was the sentiment of this occasion. And it amply illustrates the pervasive, creeping rise of the fascistic state; everyday more strident, more dictatorial, more authoritarian. An ever more threatening sword held over citizens who have not fallen. Who have refused to be slaves. An ever more sinister clamoring and broadcasting of the vitriol of war.

Freedom of speech and freedom of expression are they key components of a democratic constitution. We have seen them both being methodically eaten into – drip, drip, drip, during the last two decades. We are so close to the full scale return of the doctrinaire, totalitarian dictatorship which many once believed had been buried for good under the rubble of two World wars.

But no, not buried at all. It was the German Nobel Prize winning author Thomas Mann, who recalled in the early 1950’s, that what he feared for in the post Hitler era, was “The weak position of Freedom”. His fears have proved ominously correct.

Post World War Two societies in both Europe and America, have failed to recognize and deal with the symptoms of this disease, as it etched its way back into the corridors of power. Until once again exerting a critical influence on daily life.

We should know more about this beast by now. We have failed to absorb the lessons of history. We have witnessed the corrosion of decades of hard won civil liberties in just a handful of years.

We are monitored, surveyed and spied upon via gadgets of the electronic era which most have welcomed with open arms, as the symbol of the age of ‘freedom of communication’.

We have allowed our countries to go to war and destroy other nations on the slimmest – or non existent – fabricated evidence of their ‘threat’ to our nation states.

We have turned our backs one hundred times, on the lies, corruption and criminality of our corporate and government leaders. We have been reduced to spineless, politically correct observers, as our nation’s children are ritually abused and sacrificed to the perverted instincts of the political elite. And so much more. So much more.

It is as if all the demons of hell suddenly found a perfect venue to express their treachery. In and amongst the fabled halls of Westminster. And others will surely point out the same symptoms manifesting in their various countries of origin.

For this is not just a national crises, it is a global pandemic. It must be addressed and dealt with wherever it shows its hideous face. There is no excuse for failing in this task. We have no choice. There can be no excuse for slipping into the pacifistic role of the victim when faced by acts of very real evil.

We cannot turn away from our own souls. We did not come to this planet to hide from the truth.

Julian Rose is an international activist, organic farming pioneer and author. He is President of The International Coalition to Protect the Polish Countryside. Visit his website: www.julianrose.info and find out about Julian’s two widely acclaimed books: Changing Course for Life and In Defense of Life, which can be purchased direct.

View all posts by Julian →
This entry was posted on 21 March, 2018 in homepage. Bookmark the permalink.