“The Housekeeper’s Guide to Christmas” 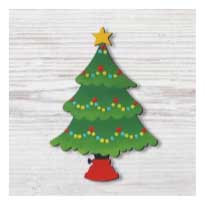 So many of the girls I meet in Aldi seem terrified of Christmas, either because they do not know how to stuff a goose until it’s happy, or they feel inadequate when faced with the prospect of a Father Christmas trying to break in at the back door in the middle of the night, and lots of them have asked me to share my hundreds of years of experience to help them through this trying time. I have bowed to the pressure and a little financial inducement and committed everything I know to paper. Well, not paper exactly, because I am borrowing my nephew Archie’s computer, and it is not everything I know, because a lot of what I know I intend to keep to myself, but let’s not pick nits, as the saying goes.

Yes, Christmas is all about managing the house with a fist of iron. This is the woman’s role, of course, and I am writing this knowing that the lady of the house will be doing most of the organising of the Christmas schedule and events and certainly all of the cooking, but if you happen to be one of those men who sometimes “dons the apron”, or one of those men who are of the same-sex brigade, or one of those men who live alone and are faced with several days of miserable solitude, there will still be information and advice here that will be useful to you, so do read on. So, back to the fist of iron. In fact, one should have a fist of something stronger than iron. I do not have the scientific knowledge to know what that might be, but I’m sure there must be something stronger than iron. Anyway, that is what your fist has to be made of. Do not take nonsense from anyone, neither from your husband, nor partner if you are that way arranged, and especially not from any of your children. The best thing you can do with children at Christmas is — but I am jumping ahead of myself. I will get to that later. If you live alone do not allow your imaginary friends or relatives or their offspring get you down by the fact that they do not really exist.

The first item on my agenda is Christmas cards. When postage was a penny and there were so many visits from the postman during the day that he was almost a member of the family then I used to
advocate sending cards not only to friends and relatives and local traders you have had dealings with but to every address within a five mile radius of home. It was not necessary to know anyone’s name, because a card addressed to “The Occupier” would still bring joy into a household. But now that postage costs half of the minimum wage for a letter and comes with no guarantees that it will get anywhere near its destination the time has come to ditch the tradition. Not only that, lots of the houses around here have been turned into flats, or have foreign visitors in them, many of whom do not celebrate or understand Christmas because they do not have it in their homeland, so the whole exercise is becoming futile. So sending out Christmas cards is one less chore to worry about.

Next there is the matter of Christmas decorations. As I write this I am looking out of my window at a neighbour’s house that has the look of an elegant abode for eleven months of the year but is now an affront to taste and decency. The entire front garden is draped in flashing white lights, the front of the house and its windows is a mass of lights flashing in several colours, fake snow covers the front lawn and the roof, and on the roof a grotesque model of Father Christmas is making as if to climb down the chimney. One wonders what the inside of the house is like. I shudder to think. Of course, these people also drive a very large and ugly car, and own children who look furtive and have a disrespectful look about them, so none of this is any real surprise. In my own front window I display two very elegant candles that we light each day at the setting of the sun. They stand either side of a small and simple model of a stable wherein the Christ child is continually being adored. My nephew Archie made it in primary school a few years ago. I think it’s mainly an old shoe box and some toy farm animals he no longer had use for. But it is very nice, and it is also certainly enough, and I recommend something similar. It is also very cheap, and does not risk being an affront to anyone’s senses.

Regarding Christmas presents, simplicity and cheap is again the tone to aim for. Where possible one should skip the giving of gifts altogether. This will work for relatives above a certain age – 12 seems to be reasonable, I think – as well as for friends and neighbours. For anyone under 12, who one has to admit can probably still be classified as “children”, one divides them into categories: (a) your own children; (b) children of blood relatives; and (c) others you have the misfortune to know. For those in the first category, they will of course be demanding and expecting a modern intelligent telephone or an electric computer or something else you do not really understand. This is where the iron fist is brought into play. Keep it tightly clenched! When I was a girl I was satisfied by – well, perhaps I will not tell you what satisfied me when I was a girl, but I can recall that one year I awoke to find that Father Christmas had visited during the night and left, reclining on the pillow next to me, a small doll dressed in the costume of a shepherdess from olden times. She had seen better days, and had lost an eye and a foot, and Mama said that I screamed with terror when I first laid eyes on it, but I came to love that little doll, and loved it until the day came a few weeks later when I gave it to my best friend Annabelle when she had her tonsils out. My point is, you do not have to spend a lot of money on gifts. A gift imbued with what passes for love is priceless. For the children of blood relatives it will depend upon whether or not you will be seeing them at Christmas. If you are not, then no gift is required. If you are going to see them, I suggest healthy gifts, along the lines of fruit – an orange is colourful – or some nuts. Either is full of good things like protein and vitamins. If you prefer to give non-food, then cheap colouring books or biros are available in shops like The Works. Do not be put off by the fact that your gifts will look mean-spirited and paltry and draw disdainful looks when placed next to the train set or model racing car or new-fangled HD television set others have donated unthinkingly. Remember the iron fist! As for children you just happen to know, there is absolutely no reason whatsoever to give them anything. I need not explain why.

We now come to the question of food. I saw a television advertisement a few days ago where it appeared that you could have in your kitchen an electric computer with a lady in it telling you how to carve a turkey. What is the world coming to? Be that as it may, I recommend most of the traditional Christmas fare: turkey, plum pudding, mince pies, and a vast amount of alcohol (of which more later). I have tried cooking different birds: one year we invested in a goose, and it outstayed its welcome by a couple of weeks, although it was quite tasty, and Albert was able to drain enough grease from it to keep
his bicycle oiled for several months. I do not recommend pigeons. You need between one and two per person, and it becomes far too complicated to do the maths and cook at the same time. Ostriches, on the other hand, are huge, and difficult to catch. Rabbits are nice, but they are not birds. So keep things straightforward and uncomplicated. When to put the turkey in the oven depends on its size, of course, but if you put it in on the 22nd or 23rd you can be reasonably sure it will be ready for Christmas Day. My main dish on the big day comprises turkey, together with the stuffing, bacon and sausages with which it has been roasted, roasted potatoes, boiled potatoes, mashed potatoes, roasted parsnips, Brussels sprouts, carrots, peas, cranberry sauce, and a nice thick gravy. I also bake a brace of pheasants as a side dish. It is Christmas, after all. This is quite modest, I think, and the Aga and supplementary oven we have in the utility room copes quite adequately. Fortunately I also have three pairs of hands. This is followed by a plum pudding ablaze with burning brandy and accompanied by double cream. And these days I make no excuses for buying a plum pudding from Aldi or Lidl. When I was a girl Mama used to make her own, and I learned at her apron strings to make my own, too. But to be honest it is a palaver, and you don’t get any extra thanks for it, so there is little point.

It is essential to make sure you have an adequate supply of alcohol in the house at this time of year. In our house, Albert concocts what he calls his “moonshine” in the shed at the bottom of the garden, and we always have a bucket of that in every room of the house, along with an adequate supply of ladles and goblets, and we operate on a “help yourself when you feel like it” basis. if you do not have your own moonshine then hurry yourself along to the nearest cheap booze outlet and snap up whatever they might have on Special Offer. Don’t be picky. It’s all very well spending hours leafing through magazines looking out for “wine writers” and their recommendations, but after the first couple of glasses you won’t care what anything tastes like, so buy in bulk and get the best deal you can. I should mention something here about the children, of course. If you have them, or they belong to someone else but are loitering anyway, you will probably find they do not like the taste of some of the stronger liquors, so make sure you have plenty of sweet booze around, like cider or something like that. Or you could let them create their own cocktails. It’s Christmas, after all, and creative games are these days seen as “a good thing” for the young developing mind.

Is there anything else? Have I forgotten anything? I asked Albert to help me with this but he never comes out of the shed these days.

So anyway my loves, have a great Christmas, and here’s to a jolly Brexit 2019!

Tweet
This entry was posted on 22 December, 2018 in homepage and tagged Mrs. Baxter. Bookmark the permalink.

One Response to “The Housekeeper’s Guide to Christmas”