The Moody Splendor of Manchester

I was corresponding by email recently with Jay Jeff Jones, an American expat playwright, journalist, and poet, who is working on a new edition of Jeff Nuttall’s Bomb Culture, a long-out-of-print classic about the British counterculture of the 1960s. Jones, who has lived in Manchester, England, for many decades, wrote that he was “in fine fettle … good weather … long walks over the moors on most days.” I replied, “Walking on the moors? So 19th century. I didn’t know they still exist.”

By coincidence, I had begun reading Virginia Woolf’s 1922 novel Night and Day. In the opening scene guests at a London tea party are engaged in a detailed discussion of Manchester. The main character Katharine says, “I know there are moors there, because I read about them in a book the other day.” 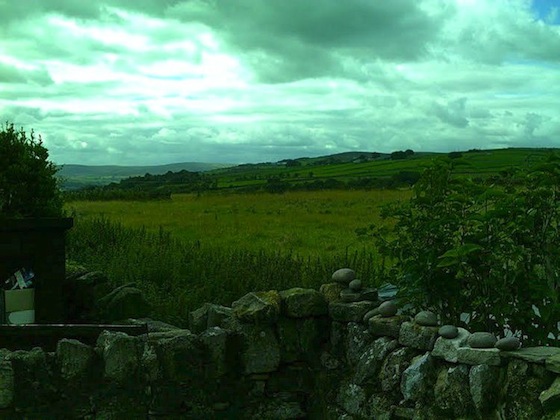 The moody splendor of Manchester [photo by Jay Jeff Jones, 2018]
Click to enlarge.

Naturally I showed the passage to Jones, who sent this photo. He took the shot from the back of his house, proof that a century later they are there even now, and from the look of it, in all their typically moody splendor.He also wrote back:

What a charming trip into the glorious past of the genteel literati and their perception of Manchester. It was one almighty dump when I first went there. … Grim, dull, soot-blackened walls and lungs. The river that went through town had been so choked with crap that the German bombers used to think it was a road and tried to blow it up. Over four decades I’ve seen it turn into a cultural swan, although the gentrification and tastefulness sometimes grate and the pretentious contemporary art scene is no better than anywhere else. Once the old library had someone smart enough to subscribe to most of the best lit mags around, which I think few people appreciated. One day coming out of there I saw a pale beanpole selling its own small magazine on the front step and thereby met Mike Butterworth. Across the road from the library was a controversial heroin advice and recovery centre and they let me use their large old board room to stage a bootleg production of “The Beard.” Few people saw it, but don’t tell McClure. The interesting Mancunians didn’t hang about way back then — Anthony Burgess or Jack Kahane. Ewan McColl was a leader of the trespass march that secured the rights of the Manchester working class to clamber up on Kinder Scout, a moorland peak, where they could escape the coal smoke.

For anyone interested, here’s the scene from Night and Day. I believe Mr. Fortescue, who is expatiating to the assembled guests, is the novelist E.M. Forster.

“A cousin of ours has married and gone to live in Manchester,” Katharine explained. Mr. Denham muttered something, which was indeed all that was required of him, and the novelist went on where he had left off. Privately, Mr. Denham cursed himself very sharply for having exchanged the freedom of the street for this sophisticated drawing-room, where, among other disagreeables, he certainly would not appear at his best. He glanced round him, and saw that, save for Katharine, they were all over forty, the only consolation being that Mr. Fortescue was a considerable celebrity, so that to-morrow one might be glad to have met him.”
“Have you ever been to Manchester?” he asked Katharine.
“Never,” she replied.
“Why do you object to it, then?” 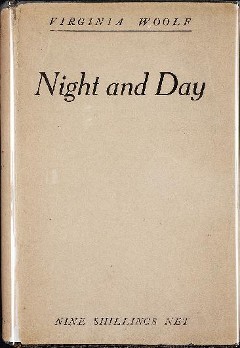 Katharine stirred her tea, and seemed to speculate, so Denham thought, upon the duty of filling somebody else’s cup, but she was really wondering how she was going to keep this strange young man in harmony with the rest. She observed that he was compressing his teacup, so that there was danger lest the thin china might cave inwards. She could see that he was nervous; one would expect a bony young man with his face slightly reddened by the wind, and his hair not altogether smooth, to be nervous in such a party. Further, he probably disliked this kind of thing, and had come out of curiosity, or because her father had invited him—anyhow, he would not be easily combined with the rest.
“I should think there would be no one to talk to in Manchester,” she replied at random. Mr. Fortescue had been observing her for a moment or two, as novelists are inclined to observe, and at this remark he smiled, and made it the text for a little further speculation.
“In spite of a slight tendency to exaggeration, Katharine decidedly hits the mark,” he said, and lying back in his chair, with his opaque contemplative eyes fixed on the ceiling, and the tips of his fingers pressed together, he depicted, first the horrors of the streets of Manchester, and then the bare, immense moors on the outskirts of the town, and then the scrubby little house in which the girl would live, and then the professors and the miserable young students devoted to the more strenuous works of our younger dramatists, who would visit her, and how her appearance would change by degrees, and how she would fly to London, and how Katharine would have to lead her about, as one leads an eager dog on a chain, past rows of clamorous butchers’ shops, poor dear creature.
“Oh, Mr. Fortescue,” exclaimed Mrs. Hilbery, as he finished, “I had just written to say how I envied her! I was thinking of the big gardens and the dear old ladies in mittens, who read nothing but the “Spectator,” and snuff the candles. Have they ALL disappeared?”
“I told her she would find the nice things of London without the horrid streets that depress one so.”
“There is the University,” said the thin gentleman, who had previously insisted upon the existence of people knowing Persian.
“I know there are moors there, because I read about them in a book the other day,” said Katharine.

View all posts by Jan →
This entry was posted on 13 June, 2018 in homepage and tagged Jan Hrman, Jay Jeff Jones, Virginia Woolf. Bookmark the permalink.

One Response to The Moody Splendor of Manchester