August 23, 2015 – The Ocean Cleanup successfully concluded the Mega Expedition with the arrival of a first group of vessels including the fleet’s 171ft mothership in the port of San Francisco today. Using a series of measurement techniques, including trawls and aerial surveys, the fleet of close to 30 vessels sampled the concentration of plastic during its month-long voyage through the Great Pacific Garbage Patch. This is in preparation for the large-scale cleanup of the area, set to begin in 2020.

The Mega Expedition’s primary goal is to accurately determine how much plastic is floating in the Great Pacific Garbage Patch, by executing the largest ocean research expedition in history. This was also the first time large pieces of plastic, such as ghost nets and Japanese tsunami debris, have been quantified.

“I’ve studied plastic in all the world’s oceans, but never seen any area as polluted as the Great Pacific Garbage Patch,” said Dr. Julia Reisser, Lead Oceanographer at The Ocean Cleanup. “With every trawl we completed, thousands of miles from land, we just found lots and lots of plastic.”

Although the samples collected during the expedition still have to be analyzed, preliminary findings indicate a higher-than-expected volume of large plastic objects floating in the ocean.

This underscores the urgency of The Ocean Cleanup’s mission to clean it up, according to CEO and founder Boyan Slat: “The vast majority of the plastic in the garbage patch is currently locked up in large pieces of debris, but UV light is breaking it down into much more dangerous microplastics, vastly increasing the amount of microplastics over the next few decades if we don’t clean it up. It really is a ticking time bomb.”

During today’s press conference, Boyan announced that The Ocean Cleanup was able to conduct the Mega Expedition thanks to major financial contributions from entrepreneur-philanthropists, including Salesforce chairman, CEO and founder Marc Benioff: “Protecting the oceans should be a priority for all of Earth’s citizens. The Ocean Cleanup is taking an innovative approach to preserving one of our most critical resources and raising visibility of this global challenge.” 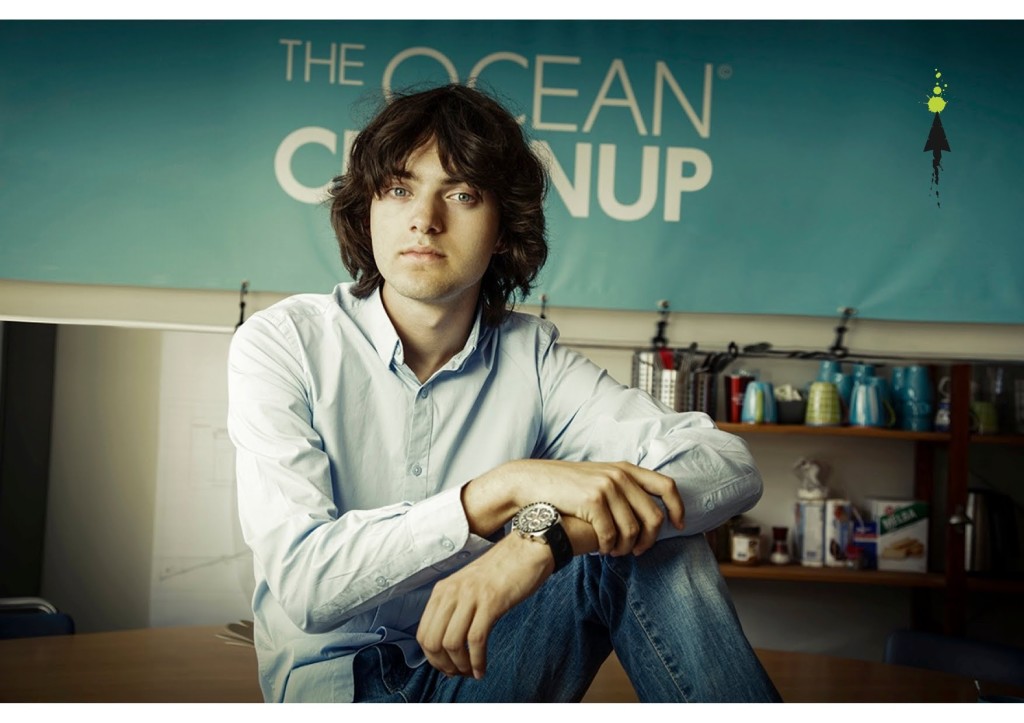 WHAT:
A press conference will be held as the first batch of Mega Expedition vessels (including the mothership) arrives in San Francisco after a 30-day voyage mapping the Great Pacific Garbage Patch. A fleet of around 30 vessels has been gathering data to find out how much plastic is floating in the Pacific Ocean. This operation is in preparation of the large-scale cleanup of the Great Pacific Garbage Patch, which is scheduled to begin by 2020.

WHO:
The Ocean Cleanup’s founder and CEO, Boyan Slat, will speak about the Mega Expedition’s preliminary results and the project’s next steps, in addition to Lead Oceanographer Julia Reisser. This expedition has been made possible through many generous donations, including major funding from well-known Silicon Valley entrepreneurs, whose statements will be shared at the press conference.

PHOTO OPPS:
The 171-foot mothership accompanied by several participating sailing vessels arriving at San Francisco’s Pier 30/32 after their 30-day expedition across the Great Pacific Garbage Patch; tons of ocean plastic being offloaded from the vessels; a private tour of the mothership at the pier led by The Ocean Cleanup’s founder and CEO, Boyan Slat; and local officials and politicians in attendance.

WHY:
The Ocean Cleanup has developed the world’s first feasible method to remove half the Great Pacific Garbage Patch in 10 years’ time. Every year, millions of tons of plastic enter the oceans severely damaging ecosystems and economies, even affecting the food chain. Plastic concentrates in five circulation currents called “gyres,” the largest one being the Great Pacific Garbage Patch, halfway between Hawaii and California. Instead of going after the plastic using vessels and nets (which would take thousands of years and tens of billions of dollars to complete), The Ocean Cleanup is developing a network of extremely long floating barriers that will use the ocean currents to collect the plastic. This month, around 30 vessels cross the Great Pacific Garbage Patch about 40 times, taking more plastic measurements in three weeks than in the past 40 years combined. The Mega Expedition is the largest ocean research expedition in history.