The Oxford Magic – For Heathcote Williams on his 75th Birthday 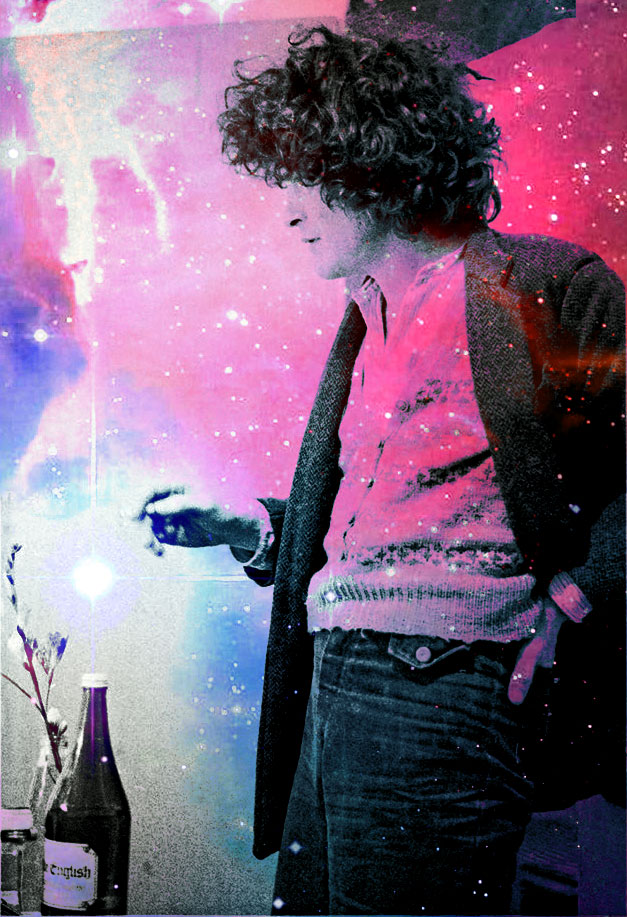 drawing-gift from Elena to Heathcote

What words can contain this lifetime of effort
In which the mutated seeds of his classic schooling
Have altered our vision and re-educated us all?
Firing word spears from his cot, infused first by Dylan (the true one),
Then the sixties’ squats, the Woolf’s cupboard
And latterly his Oxford eyrie?

At Seventy-five he’s undimmed in either word
Or intention. Writer, Actor, Magician
He re-orders sight for those closed. So many seminal works,
From Wet Dreams’ angry word-sperm, bleeding back to stigmatics,
And starting of course with the Speakers
Who initially turned him on.

I have seen him laugh and confuse
At the primacy of the present. I have seen him draw
An electric light while still talking from the small return
Of his mouth. His is a generous muse and his sacred gift
Is still giving. His envelopes and his paintings
As much a part of him as his love.

His dazzle, his gaze shrouded in longjohns
And blue courdroy, remains diamond sharp as his tread
Is perhaps somewhat dulled. But the mind powers forth
As does the fountain pen also, as his calligraphic perfection
Reminds those he writes to, of a sacred time
in the past,

in which he would have been close
To the sanctified Marlowe, banishing Shakespeare
To the box room to sharpen quills and roll folds.
The voice above all who has inspired your heroes
And who spends his days and nights writing
The future’s return from the cold.
For Heathcote, the dream is still in the daytime.
We will do our best to maintain it.

Stre Mashe.
We look to you.

Long, may you never grow old.