THE PSYCHOSIS OF STAYING AT HOME 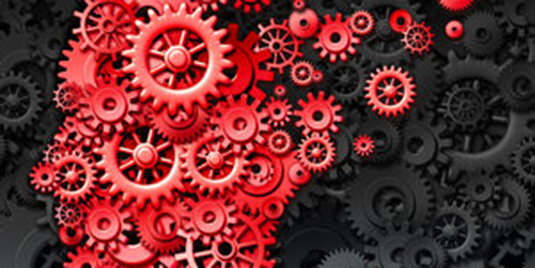 Its all in Ballard, of course: all you need do is read it,
As each wall seems to tighten, the suburbs beyond
Have run wild. Riots threatening themselves within parks,
As trees perculate hot house gases, and the swift return
Of time’s despot, in his current disguise is unveiled.

There will be plays written, poems, songs, art and screeds
For salvation; a vast and new generation of prophets
Each struggling to find fresh acclaim, which will take
The form of theatres in rooms and concert halls
Close to kitchens, as the air bakes behind us,

Perhaps people, in time, will quickly become television.
If we lose sight of what makes us, as we broadcast on,
Love’s reduced. Some won’t even open their doors,
Let alone bathroom windows, unsure of what the winds

Might yet carry; and cold as it is, hope’s confused.
As Social Distancing Strikes Social Media may fall victim
To the same warped illusions that the Media Circus deployed.
We will find fresh stars on the screen and see our laptops
And phones as the portals through which we gaze

On arrangements of the pieces of us time destroyed.

If you stay in long enough, you breathe in the dust
Sent to age you. A sly cannibalism that fills and filters you,
Mote by mote. As you feed on yourself you devour books,
Films and music that you’ve seen before to grant comfort,

But now we must recognise the importance of a new,
Hidden note. The sounds of dischord which stem from isolation’s
Insistence, implementing the soundtracks for the coming films
Of ourselves. ‘I will show you my pain if you show me yours,’
It will happen. A pornography of the spirit, funded by the hands

Fate has dealt. We won’t notice the world adapt and change
All around us. Unaware of the forces that are gathering now
As we slide. Ballard’s great Inner Space is what we need to uncover.
Instead, we shrink under panic as the life we lived slowly dies.
And something else takes its place; as the fascists above

Find their flavour, a new underground rises, and rises fast,
In small rooms. As each artist grows thin and each activist hungers,
We will rage our war of attrition and pixilate horror’s cries
Around doom, to become apocalyptic perhaps, as the popular
Fiction most favour: the zombie, still living, the vampiric thirst,

Garnering. Our ideas of what’s real will mutate, just as our sense
Of ourselves adopts changes. In my neighbours garden, young
Children emit animal screams, their sounds sting. This is the time
The unschooled of whatever age achieve graduation;
The ignorant stance of defiance is the fear that falls all too close.

I hear it now as I write, trying to make sense of what happens
And whilst reading JG Ballard as Bible, his are the threats to prize
Most. For what he saw, decades past has become a form
Of prophecy for us: that inherent madness as written,
And which we all deny, coats our breath. As we cough,

Our own hand becomes a form of Biblical tablet,
On which is enscribed the commandments that both shield
And secure human death. One might go mad thinking this.
And yet the day must find order. If we concentrate calmly
And possibly read the right books, we will find a true way,

Despite the coming months and their carnage.
Telepathically, there’s connection between like minds
Harmonising and the empathetic lines between looks
As we face time and connect; ‘Whatsapp with you?’
Will form greeting. Using the same tools that control us

To make Whitman’s old ‘song of myself’, multiplied.
We may yet surpass Ballard’s blame and his firm accusations
And learn to live without guidance other than the type
We provide. A communism of sorts, or community
In appearance, who cracked and crazy

It is not mad to say this. You are still alive, JG Ballard,
As are Heathcote and Harold, Leonard, David and Ingmar,
All of the poets who preached their own divine form
Of gospel. In their voices, this violence:

The actions within will reach far.

View all posts by David →
This entry was posted on 23 March, 2020 in homepage and tagged David Erdos. Bookmark the permalink.

One Response to THE PSYCHOSIS OF STAYING AT HOME