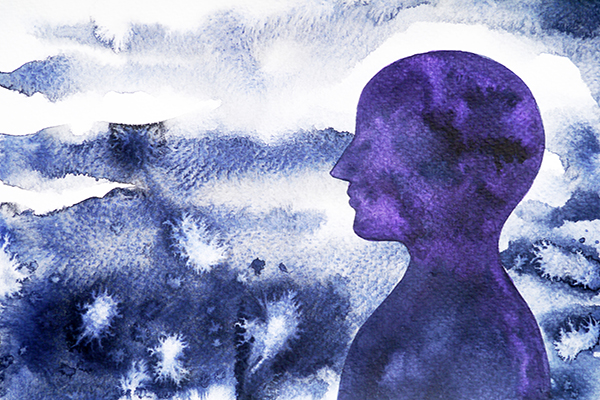 As the months progressed (or could have) fear
Became the first product. People withdrew into houses,
As self furnished tombs, suburb graves.
In a pair of sunglasses and mask, terrorists
Bombarded all Bus stops, or created fresh trends
For face armour, using a step towards closeness
As a weapon that left no-one spared, cured,
Or saved. I was alone in the world and so watched
It all from a distance. My parents were dead.
I’d no children and so my perception as such,
Shattered glass, or rather, the thick shield, or dome
Imposed by those who sought to abbreviate freedom;
Reducing the surrendered state to sit inside
The thin wishes that the most uncertain of pupils
Might ask. The Government duly coloured the air
In an infra-red search to see Covid. Cancer, affronted,
Soon took itself under ground, in order to both weaken
The soil and see the beleaguered trees cry for chemo,
For which a Nuclear light stoked wind motion,
Shaped to warp and distort Ultra-sound.
Parks become zoos, imprisoning those last inside them.
Sentenced to remain there, they ate the animals first,
Then the weeds, before turning in time on themselves:
Cannibal Camps within cities; zones and enclosures
That produced the truly bittersweet fruit of disease;
Chiefly, the disturbance and loss of all proper sense
Of perspective. Once doubt is sown, the land’s garment
Has every slender thread wrenched apart. These then,
Are perhaps just some of the nightmares to come,
Once the human hold has been loosened.
As we look at the world and imagine the worst things
To rise from death’s art. But we do so, too, to prepare
For the unknown thing we sense coming. For even Capitalism
Ends when Jeff Bezos, Bill Gates, and others such as
Elon Musk harvest wealth, whether with bad intention,
Or not, that remove soon displaces, and the rest us
Become the dots moving that Welles’ Harry Lime
Once looked down on before the Viennese sewers
Closed on him whilst robbing him of health. In such
Dark dreams, waters rise, giving way to new Noahs.
But this time, the Arks they make may seem empty
As we endanger the beasts and breeds who have roamed.
Our dreams may even blister, or burn, or refuse the soothe
And seal of strong water, as mankind’s final fate falls
Rewritten as an act of creation, or of marking at least
Our last home. That second wave is the world
That we have made or have coming. It will be an echo
Perhaps of the cosmos which folds and unfolds, instantly,
Revealing how our ultimate chance lays with stars
Yet to disclose their grand favour. What tides we attempt
To tame now are nothing compared to the tests to come
None can see. Humanity waits on the shore while water
And war decide for us. In the flash and foam hope’s
Refashioned by life itself’s fluid shape. Will we swim,
Or sink? And how does one stay afloat without money?
I would wish that each successive wave washes deeply
And that the good hope we all search for can be found
On sands still untested, bred from a series of coasts,
Forests, Capes. I dream of a Dolphin’s sharp stare
And an Elephant’s disappointment. Perhaps we should
Not read books only water, the planet’s true paper
On which Creation’s force begins writing, as it turns
Its attention to the amoebic thrust and wise ape.
Perhaps only then will we see through this invisible
Curtain. As it lifts those far chambers and the kingdoms
To last seek new shape.
David Erdos October 2nd  2020
Tweet

View all posts by David →
This entry was posted on 3 October, 2020 in homepage and tagged David Erdos. Bookmark the permalink.