the smells of Earth are just so strong 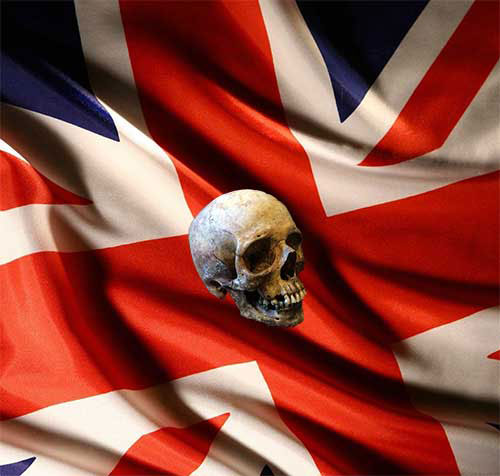 Hello, my name is Death To The Traitors
Freedom To Britain. Hello Death To The
Traitors, do you mind if I call you

Astronaut Tim Peake has returned
to Earth after carrying out two hundred
and fifty space-science experiments. I can

only write poetry and still don’t manage
to enter the Earth’s atmosphere
at twenty five times the speed of sound.

Even Death To The Traitors has achieved
more than me, taking an interest in a radical
political movement and attempting

to make his own complex piece
of machinery. He even managed to get
on the telly. A rift has opened up

in the Antarctic that scientists say is a direct
result of climate change. In fact, they say,
we are now in a state of immediate

emergency. In the meantime we would
like to welcome the Astronaut Tim Peake
back to Earth and congratulate him

on his moving photos. I especially
liked the one of the Euphrates river, it
made me want to make poems from

the ancient texts of Mesopotamia about
the modern plight of refugees, but I’m not
a great poet and can’t quite grapple with

the big themes. I also thought of writing
about how the Euphrates would have been
crossed by the first humans out of Africa,

but then I realised I was wrong. Humans
left Africa at Djibouti, crossing into Yemen
then up through Saudi Arabia where

take place in the polymerization of the second
strand. The mutations can affect the phenotype
of an organism, especially if they happen

within the protein coding sequence of a gene.
Death To The Traitors does not believe
blue eyes came about in the paki, rag-head

traitor state of Saudi Arabia. European
Ancestors, after they left Africa, would have
travelled through Jordan, Lebanon and Syria,

colonising Turkey before Romania, Bulgaria,
etc. People only entered Britain in the Mesolithic
period, and even then only used it as

a Summer hunting ground on expeditions
from Germany, Belgium and the Netherlands.
That’s typical of Europeans, coming over

here, taking our Mammoths, Death To The
Traitors doesn’t say. FROM THE COSMOS
TO KAZAKHSTAN is the headline Sky News

runs with. ASTRONAUT TIM PEAKE IS A PICTURE
OF COOL AFTER HIS RE-ENTRY INTO THE EARTH’S
GRAVITY. Astronaut Tim Peake is looking

forward to a beer and would like to feel
some light rain on his face, A Eurovision fan
on Twitter says this is quintessentially British.

Tweet
This entry was posted on 30 June, 2016 in homepage and tagged Anna Cathenka, nick victor. Bookmark the permalink.