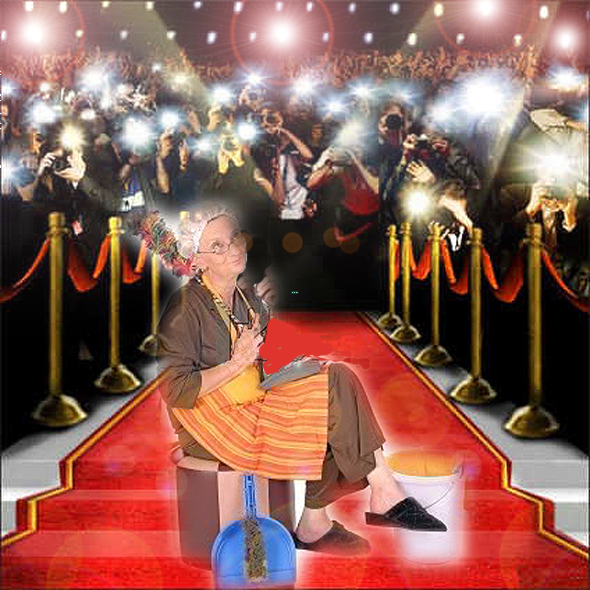 Fame and celebrity status have their own kind of power and are also a source of choice pleasure for those at the top of any one of the five branches of institutionalised power. However, these illicit delights can cause much pain if withdrawn or not forthcoming when complacently expected.

Imagine for instance the terrible and traumatising shock to a Prime Minister were he to call for the morning papers and find that neither his photograph nor name appear in any of them.

Old Mrs Winslow has decided to retire, although she knows that she will never be able to sleep past six o’clock in the morning. A lifetime of early to work with bucket and mop to get the place clean before the world gets up has for long years been her habit and she has no intention of trying to change it. She had, when younger, charred for many of the big houses and later taken care of the cleaning in railway stations and offices. But she feels her energy waning and has just given her notice at the hotel where she has worked for the last three years. Now she wants to rest, although she intends to continue in her role of lollipop lady outside the local school where she is known to all the children; some of whom have parents who were glad of her protection when they themselves were children. She also occasionally helps out at the school as a dinner-lady, and now the local community, who hold her in great esteem and wish to show their appreciation, have decided to gather outside the hotel and greet her with flowers as, for the last time she emerges.

The hotel is quite smart with an imposing portico made even more imposing by a top-hatted doorman attired in bottle-green tails adorned with much gold braid. On the first floor is the bridal-suit, now briefly occupied by Laura Popinjay: socialite, media celebrity and would be singer. She paces the floor while her maid finishes packing; she is irritated; her agent, coming back from the window has notice quite a considerable crowd waiting outside.

‘How did they find out where I am?’ she snaps.

Her agent looks nonplussed. He shrugs his shoulders.

‘How should I know?’ he answers ‘There must have been a leak somewhere.’

Laura is very angry. ‘It’s so boring,’ she says petulantly. ‘Everywhere I go it’s the same. They want my picture; they want my autograph; they want to ask their stupid questions.’

Her maid has now finished packing and shuts the case with a snap. The agent picks it up and makes for the door.

‘We’d better get going,’ he says. ‘You’ve got to be inBirminghamin two hours.’

Laura tosses back her magnificent mane. ‘OK then,’ she says. ‘But absolutely no autographs. Alright?’

They make for the front door; Laura in the lead, followed by her agent and lastly the maid. The doorman steps forward, pulls open the glass door and… Laura steps out!

She bares the perfect teeth in her trade-mark smile, and moving her head from side-to-side as if her glorious countenance bestows a benediction upon the crowd she begins her gracious descent of the steps, whilst allowing a faint shimmy to ride her hips.

But something is wrong; she knows it at once and the famous smile is frozen into a painful rictus; for the crowd that has gathered are staring stonily back at her – no claps – no cheers; nothing. Filled with an overpowering tide of nausea  she falters and almost trips, then, righting herself somehow manages to reach the car drawn up outside.

From inside the car she watches as the crowd, in spite of her presence, continues gazing expectantly at the hotel door and no one even glances in her direction. Her agent now enters the car.

‘The chauffeur’s just coming,’ he says. Laura doesn’t answer; she feels humiliated and is still in a state of semi-shock and her agent deems it wiser to remain silent.

Now once more the doorman steps forward and pulls open the door to reveal old Mrs Winslow, her shabby overcoat tightly buttoned and wearing a scarf over her curlers. The crowd go wild, clapping and whistling while a little girl comes forward and hands her a bunch of flowers. Mrs Winslow is surprised and delighted as, surrounded by her well-wishers she beams happily and her smile is a pleasure to see.

Meanwhile the chauffeur enters the car.

‘Any idea who that is?’ asks the agent.

The chauffeur has been enjoying a cup of tea in the kitchen and knows all the latest.

‘It’s the cleaning-lady,’ he replies, putting the car into gear, while in the back seat poor Laura is having hysterics and begins throwing up.