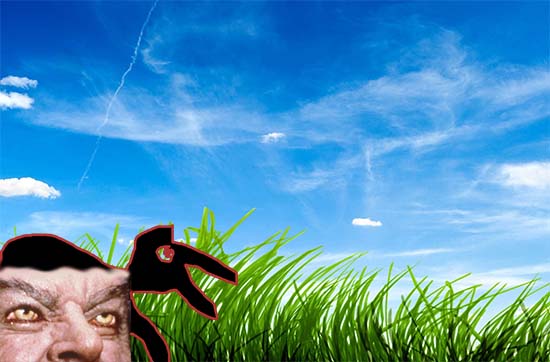 Appearances are deceptive as anyone with an attention span long enough to consider the proposition will agree. Yet many are the knee-jerk reactions to things at first sight, both by individuals and more seriously by governments, leading to frantic readjustments or face-saving climbdowns. This syndrome is capable of generating much bad feeling and many are the innocents brought low by its ruthless application.

The leaves in the park are of multiple hues, anywhere from pale green through yellow and various shades of terracotta, until, darkest of all, the browns descend to their brownest. Lying scattered across the grass and collecting in thicker carpets beneath trees, the autumn wind has signed their downfall and now swirls them upward in each gust or eddy, and they rustle drily around a man named Smith’s feet as he takes an evening stroll.

At some small distance in front of him a man stands gazing across a large pond as if immersed in some deep and private solitude. Near his feet is a discarded and crumpled black bin-liner, which in Smith’s eye sullies the ambience of this peaceful composition.

‘Why doesn’t he pick it up?’ he thinks. ‘It’s typical of these times I suppose for people to be totally unaware of this appalling symbol of waste and sloppiness; where’s his sense of community spirit the thoughtless bastard?’ He sees clearly that the man is of a type with which he would rather not share the planet.

‘The selfish swine,’ he thinks, and has a good mind to go over and have a few words with him on the subject of common civic responsibilities, but he hesitates, he wants no trouble since he can see from behind that the man is a mean bastard, and can tell by the pompous stance that here is probably a stuffy bigot.

‘The stuffy bigot,’ he thinks. ‘With selfish creeps like that around contributing to the mess, it’s a wonder that we’re not walking around up to our knees in rubbish.’

However, as he continues on his way he keeps a sharp eye on the man lest he turn at the last minute, bend down, pick up the bin-liner and convey it to the nearest rubbish bin, thus proving Smith entirely wrong about him. Indeed, the man does turn, raising Smith’s hopes a little, and for a moment he trembles on the verge of contrition, ready to castigate himself for his mistaken judgement. But instead of picking up the bin-liner the man begins talking loudly to himself in a somewhat abrupt and patronising manner.

Now at last Smith understands, and although somewhat disappointed, makes several major adjustments to his judgement.

‘He’s a loony,’ he thinks, ‘therefore not entirely responsible for his actions, and being thus crazy deserves the benefit of the doubt. He now forgives the man wholeheartedly for his careless and bigoted stance and a sense of his own generous magnanimity is giving him much pleasure when suddenly the man bends down; picks up a stick, and raising it high hurls it as far as he can; whereupon barking excitedly, the bin-liner leaps up and rushes off to retrieve it.

View all posts by David →
This entry was posted on 18 July, 2013 in homepage and tagged dave tomlin, nick victor, prose, The Stick. Bookmark the permalink.

One Response to The Stick