Tom Hayden: Gone But Not Forgotten 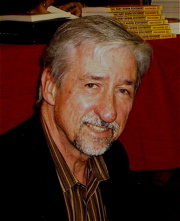 Looking back: Mad Magazine + Tom Hayden = SDS. And before I forget. Meanwhile, the obits are pouring in for Hayden, who died yesterday. Here are three (with great photos) from The Washington Post; from The Huffington Post; from The New York Times. And here is a video of him speaking about the need to remember the Vietnam War, which with the civil rights movement, was the seminal event of his generation. (Broadcast by Democracy Now! on May 25, 2015, his remarks begin at 6’20”. They are a command to recall a “proper history of those times.”) Hayden emphasizes the importance of Martin Luther King Jr. and the power of protest, pointing to the need to “challenge the Pentagon now on the battle field of memory … to resist their military occupation of our minds and the minds of future generations,” which “we suspect has to do with the programming of amnesia” [not excepting President Obama’s failure to recall Vietnam, a point Hayden makes strongly] by “very powerful forces in our country who stand for denial, not just climate denial but generational denial. … Our national forgetting is basically pathological. … There came a generation of career politicians who were afraid of association with the peace movement, who were afraid of being seen as soft, who saw that the inside track was the track of war. Our systems are totally out of balance today because of our collective refusal to admit the Vietnam War was wrong and that the peace movement was right.”

View all posts by Jan →
This entry was posted on 27 October, 2016 in homepage. Bookmark the permalink.

One Response to Tom Hayden: Gone But Not Forgotten