Trappist Afterland, Alula Down and The Diamond Family Archive 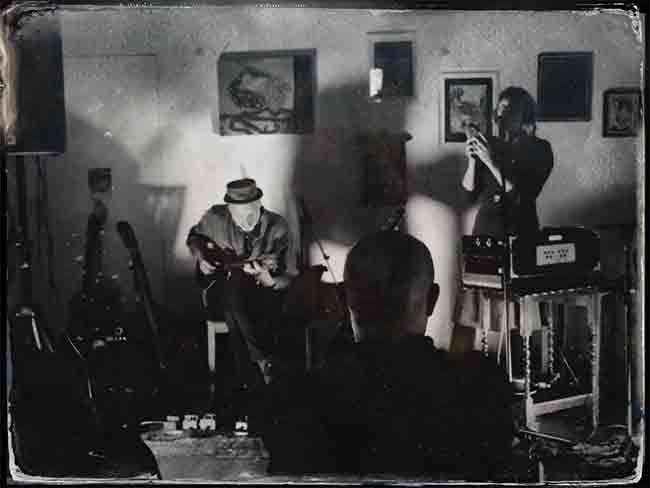 There are barely twenty-five people in the room of the tiny Cornish Arts Centre whose walls are decorated by randomly hung paintings and other decorative art forms, each firmly within the genre of what, in a heartless moment of dismissive judgement, I might term #earthyhippieamateurnonsense. With a hashtag because it’s the twenty first century and we are driven by its drum, aren’t we? The art is the kind of thing I remember seeing on the walls of Exeter’s legendary vegetarian restaurant Herbies back in the early nineteen nineties. I could well believe some of the pictures had been there for a decade or more when I saw them and could well believe that they adorn the walls still, casting an ageless aura of… what? Regret? Loneliness? Isolation? Inner peace and self-assuredness?

Perhaps I am a harsh judge of visual arts, but perhaps this is because it is a form I understand (to a degree). Perhaps if I were a musician, or if I understood the practicalities of making music, then I might be equally dismissive of the sounds that permeate the space throughout the evening. But I don’t, and I’m not, for most of the noises seem otherworldly, mesmerising and strange. 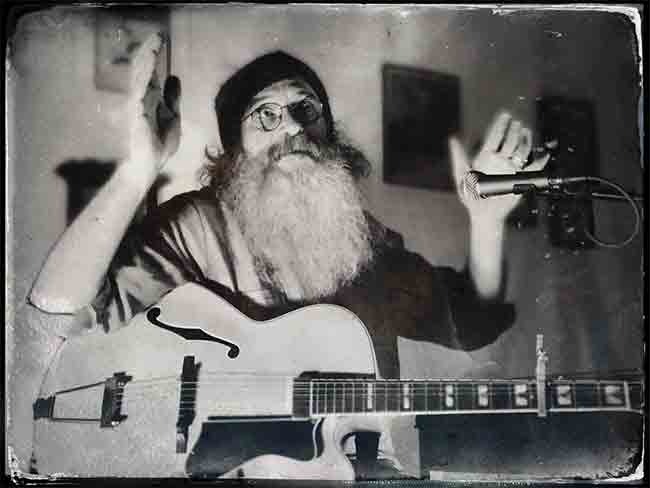 Laurence Collyer hails from around Totnes, over the border in Devon, and records and performs as The Diamond Family Archive. Subsequent exploration tells me that he sometimes performs and records with other musicians but tonight it is just Laurence accompanied by a few instruments, a small electronic box and a shallow wooden drawer full of effects pedals. The drawer is dusted at the edges with cobwebs, as though it has just been pulled out of a magikal map-chest in a shed, and whilst this might be a carefully designed piece of artifice it certainly is a useful piece in the puzzle where The Diamond Family Archive constructs itself before our eyes and ears as a audiological collage of creaks, cracks, loops and luxurious textures. It’s the noise of a madcap laughing, perhaps, but a noise where the tendrils knowingly draw themselves out to recognisable touchstones of drone, traditional folk and lyrical narrative. The collage aspect is important, for these are sonic constructions that are simultaneously abrupt (loops are created like tearing paper, source material seen upside down to remove obvious visual reference) and sensitive (loops interweave, each giving the other a breathing space). Indeed, this talk of collage reminds me of Alan Davidson’s Kitchen Cynics and of Davidson and Gayle Brogan’s collaborations as Barrett’s Dottled Beauty and of course these are concrete connections in this imagined landscape of the illusory. I had not heard (of) The Diamond Family Archive before tonight but I will certainly be hearing more in the future.

It’s only after seeing Alula Down perform that I realise I will have heard them before on the Weirdshire 2 compilation that I enjoyed greatly last year. In another of those strange coincidences that are not coincidences at all, whilst I listen to Alula Down perform I am minded of some of Alison Cotton’s solo work and of course there is an Alison Cotton (with Michael Tanner aka Plinth) cut on that same compilation. Alula Down too it seems are part of the Sproatly Smith collective and the Weirdshire scene out in what I admit I think of as the dark depths of Herefordshire, inhabiting the same magikal landscapes as the fictional presences in the Merrily Watkins series of novels by Phil Rickman. Indeed, upon subsequent meandering down avenues I discover that on volume 1 of the Weirdshire compilation series there nestles a tune by Rickman’s semi-fictional Lol Robinson and Hazy Jane II. Now I imagine that Jane Watkins is a fan of Sproatly Smith too, and rightly so. They even made a record called Thomas Traherne in 2014, which would have been the time I was first discovering Merrily’s world. As we are apt to say, it all fits.

On record Alula Down are delicate and dreamlike, quite clearly connected to established folk traditions. This is all fine, and their beautifully packaged Hopedowns set (in a little cardboard box with a pressed flower nestled inside next to the CD) is certainly well worth tracking down. Yet in a live context they manage to push the strangeness further, opening fissures in the aural landscape from which they tease threads of illusory pastoral calm. Birds sing somewhere to the left middle distance; amplified acoustic guitar feedback whines a mournful call; Kate Gathercole’s voice drifts to the centre, a wraith balanced on butterfly wings, just so. I believe some call the call of the Weirdshire sound ‘avant-folk’. If so, then whilst on record Alula Down feel more distinctly rooted in folk, performing live they are assuredly avant.

Elsewhere in my own Unpopular archives I have noted about how I was completely unaware of the Trappist Afterland records until my friend Phil tempted me to the depths of Totnes in April 2018 for a night of psych-folk (or folk-psych) wonder. Since then I have listened extensively and repeatedly and yet would still struggle to explain exactly what it is about Adam Geoffrey Coles’ songs and recordings that I find so captivating. Like the rest of this night’s music, it comes in from the very edges of my interests (musical, cultural, spiritual) and seems almost opaquely impenetrable. There is a denseness about much of this music that I find enormously appealing; a denseness that feels as though it hovers on the brink of consciousness; a denseness whose claustrophobic repetition is eased only by a lightness of touch that rests on our ears as though from sunlight glimpsed through the forest canopy. If there is an earthiness to this music, it is an earthiness that does not need to use such irrelevant notions such as ‘authenticity’. We all know there is no such thing. There is only this and there is only that and sometimes the two are one. Perhaps this is the entire point. Perhaps it is this yearning for one-ness that underpins all. Certainly I hear it in the short set of gems Adam and Jon Chinn (his accompanying guitarist collaborator for the evening) perform for us as Trappist Afterland. One by one they drip and merge into one rock pool of mesmerising psych(ik) reflection.

There are barely twenty-five people in the room whose walls fade to irrelevance even as they contain the presence of something other. Out There is rain and darkening clouds. Out There is what feels like an eternity of irreconcilable difference and fundamental division. In Here is a warmth and an ageless spirit of, not defiance exactly, but selective disconnectedness. Out There exists but In Here is reality. Upside down, inside out. There is only that and there is only this and sometimes the two are one. 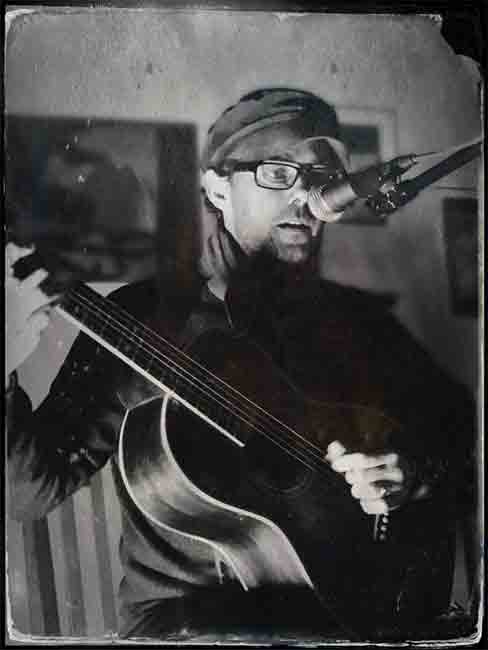 Tweet
This entry was posted on 15 June, 2019 in homepage and tagged Alistair Fitchett, Alula Down and The Diamond Family Archive, Penryn, Sharon Aston, The Fish Factory, Trappist Afterland. Bookmark the permalink.