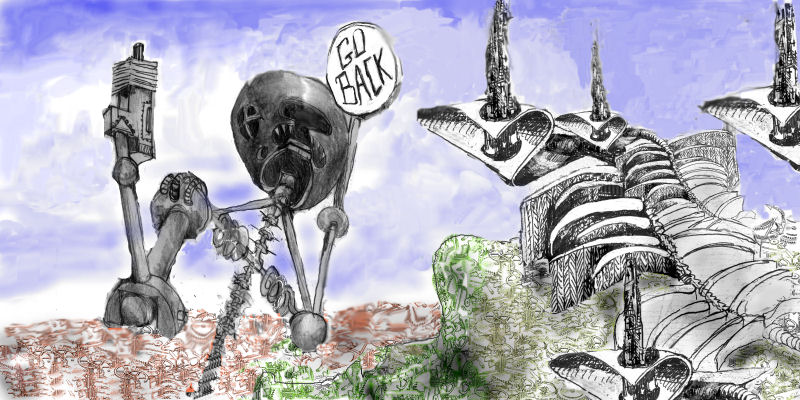 President Obama, now a hostage of the Warlords,  has laid out his plans.  He says it is a four-point plan but it never limps  passed point one.

People have bombed London, Berlin, Tokyo, in the Second World War entire air forces bombed smalls Pacific Islands, they carpet bombed Vietnam with high explosive and biological and chemical weapons, recently the Israelis bombarded a small town called Gaza; all to no effect except to damage the morality of the bombers.

B) They will step up support to bolster anti-Assad Syria fighters in Syria. Now Assad may be an evil bastard but by comparison with the rest he is just an average run of the mill psychotic Head of State. The rub is that Assad is Russia’s only ally in the Middle East. NATO is close to military engagement against Russian forces in the Ukraine. Is this a good time to attack Russia’s allies ?

C) They will attack the new Islamic proto-caliphate. They will counter its ideology and stop the flow of terrorists into the region. This cutting off a flow of terrorists into the region may be difficult as, according to American thinking, the terrorists are the inhabitants of the region. Just how they intend to counter the ideology is anybody’s guess, prayer meetings? The one thing that we can be sure of is that they will not abandon the use of their killer drones or aerial bombardment.

D) They will protect persecuted groups. Not the blacks in the United States, not the Muslim brotherhood murdered in their hundreds by the American backed military regime in Egypt nor the Coptic Christians, not the Tibetans. And how will they protect them? Aerial bombardment.

Troops have been pledged. Area attack has begun. The terrorists have been promised terrorism. The disease is the cure.

View all posts by Mike →
This entry was posted on 18 September, 2014 in homepage and tagged Assad, Iraq, Isis, merchants of death, mid-east war, obama, OIL, Syria, USA. Bookmark the permalink.