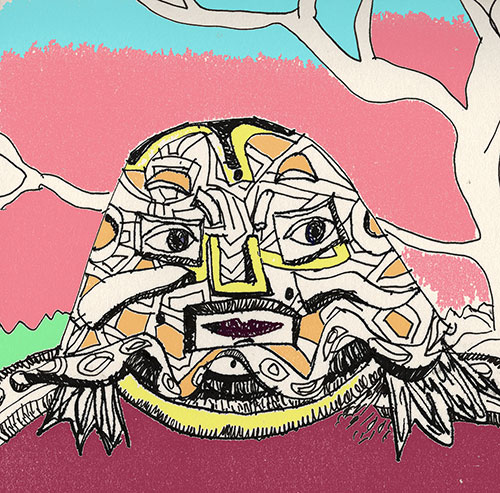 War-warped, my wounded brother-in-arms still stalks the trees, where every branch is an unexploded bomb and the Sun is a sniper holding his breath and squeezing gently. His fatigues are a fool’s motley of scabs and stutters, his boots bare bone. He’s trained to take no prisoners, to take no shit, and to take himself apart and reassemble all the deadly pieces in under six minutes. Sometimes he has an inkling in the moment of the kill that he, too, is dead and buried in an unmarked grave in a field that was once a village, and he cries real tears from the well he remembers digging with his bare boyish hands. Another city is swallowed by flames. I take my brother in my arms, smoothing his sweaty brow and shushing his fevered fear, reassuring him that everything’s alright and that he can’t die because he was never even born.

Tweet
This entry was posted on 18 June, 2022 in homepage and tagged nick victor, Oz Hardwick. Bookmark the permalink.