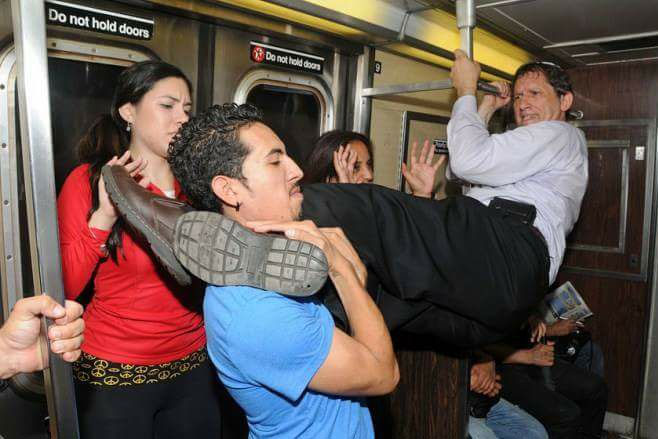 Derek Ostrich from Wombwell boarded the Sheffield to Barnsley train at 10.21pm with four cans of Special Brew, a bag of cocaine and a portable stereo.

When the train set off he turned his stereo up to full volume playing songs by 80’s pop star Phil Collins. When passenger Lizzie Birdsworth objected to the noise – Mr Ostrich ripped her newspaper in half and snarled ‘Be quiet you old snake. Listen to the music and embrace it’

As the track ‘Easy Lover’ started playing – Mr Ostrich leapt from his seat and started shouting lyrics from the song while practising karate moves on stunned passengers.

Harry Gration, 65 from Bradford said ‘The man was spoiling the journey for everybody, he snorted a line of cocaine right in front of me and pushed his face next to mine and asked me if I loved Phil Collins. When I told him that I wasn’t a fan he just erupted and started karate chopping my head’

The mayhem ended when the train pulled into Barnsley station and police were waiting for Mr Ostrich. As he swigged the last drops from his final can of lager he shouted to officers ‘Come on piglets – let’s have a little dance shall we?’

Mr Ostrich was arrested and taken to Barnsley Police Station where he was charged with eleven offences.