A TALE OF TWO CITIES Anyone interested in what was going on in New York City in the 70s and 80s will have previously read much of the story Kembrew McLeod tells. Be it Tim Lawrence’s book about Arthur Russell, Philip Glass’ autobiography, Blondie guitarist Gary Valentine’s kiss & tell memoir,  or a host of other titles about disco, punk, hiphop, alternative theatre, visual & performance art, or sociological discourse about Manhattan, many of the names, stories and events told here are well known.

What is interesting is that this version is hung on the band Blondie, who many – myself included – will regard as a thoroughbred pop group who very quickly abandoned their CBGBs roots for mainstream stardom. I saw Blondie support Television at Hammersmith Odeon, in the wake of the latter’s release of the phenomenal Marquee Moon LP. Blondie were pleasant enough, but they were pop, perhaps the new wave end of pop, but pop nonetheless; it seemed there was nothing to associate them with Television’s ultra-cool and intriguing Coltrane-inspired guitar explorations. (The details of that UK tour given here suggest that Television’s Tom Verlaine also wondered why Blondie were touring with them.) 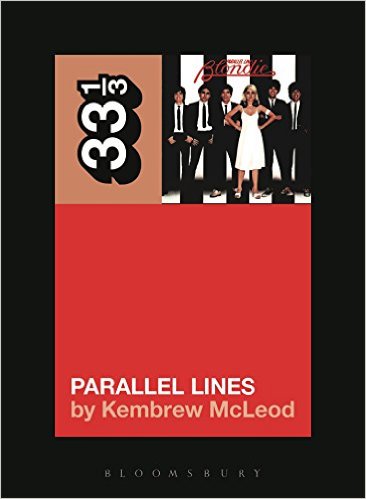 This book, however, argues that there was and is a network of association, inspiration and influence. It shows just how well-connected and experimental the members of the band had been, with the avant-garde theatre & performance crowd, with the downtown music scene, with Warhol, queer activism, etc., well before Blondie was formed and found a home in the squalid east village CBGBs bar along with the Ramones, Talking Heads and Patti Smith.

Most people, thanks to books, but also various TV documentaries and films (I regularly show my students the BBC’s Once Upon a Time in New York) understand that NYC was bankrupt in the 70s, a situation that allowed artists and musicians cheap living accommodation and rehearsal/performance spaces. This allowed experiment and collaboration to blossom,  which partly birthed one version of punk, as well as giving rise to hiphop out in the Bronx. It was also a period when disco, originally a gay underground dance scene, went mainstream and commercial, with the likes of Studio 54 offering elitist dance & debauchery sessions for those wealthy and good looking enough to gain access.

Somewhere in this cultural maelstrom were Blondie. They kept their ears and eyes open, were already friends with others across the city and various art forms. They were able to assimilate and re-envision funk, hiphop (they visited an outdoor hiphop event in the Bronx shortly before writing ‘Rapture’, a song which propelled both graffiti art and a white version of rap into the charts), art music and rock, turning them into shiny three minute pop songs that seduced listeners with what appeared to be traditional verse/chorus structures. They also played the pin-up game, with Debby Harry wilfully projecting herself as a pop goddess and pin-up for those who like such things. Amongst the skinny speedfreak punks with their ripped jeans and leather jackets, or the anti-glamour feminist stance of Patti Smith or Snatch, she stood alone: a beautiful blonde babe, flirting knowingly with camp, desire and lust. McLeod is good at unpicking these convoluted gender and cultural issues, using Wayne/Jayne County, Warhol’s drag queen courtiers, and the dragged-up-but-hetero New York Dolls and others as case studies and evidence for his conclusion, where he suggests that Blondie were part of an informal network ‘who remade popular culture – queering it, in every sense of the term.’ Whilst I’m not totally convinced that Blondie, let alone the album Parallel Lines, were central to  this, it’s an interesting thesis well made in this enjoyable addition to the 33 1/3 series of books. 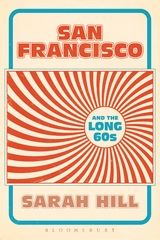 1960s San Francisco was, of course, a very different place to New York a decade later. In San Francisco and the Long 60s Sarah Hill focuses in on the music produced here during the psychedelic period but also how that music has lasted and influenced others since then. Interestingly for a book published as an academic text, the book feels a lot less academic than McLeod’s since for much of the book she allows others to speak and does not subject them to an over-arching thesis or argument. Personally I find this refreshing, informative, and illuminating.

The book is full of everyday, normal people (if anyone can be labelled in that way) remembering how the city was, what they were doing there at the time, how the music and culture (be it drugs, communal living or the presence of thousands of would-be hippies on the street) affected them, as well as how it is perceived and dealt with today. So we get eye-witness accounts of various well-known concerts and other events (okay, filtered through memory and time), as well as discussion of how the legacy of those have endured, be it Haight Ashbury tours for gullible tourists, or the longevity of the Grateful Dead.

Hill deftly arranges her material to offer the reader an engaging and informative mosaic of narrative[s], memoir, opinion and argument. Even when material contradicts other material she allows both versions to develop, then contextualises how general opinion and cultural memory has decided to remember or commemorate events. She deftly analyses various music tracks and traces the long filaments of mainstream and counter-cultural influence through to the present time, in an enjoyable and informative volume. It’s good to see the hippies considered seriously and sensibly for once!