AGAINST THE COSMIC COMPUTER/WEIRD FALLOUT 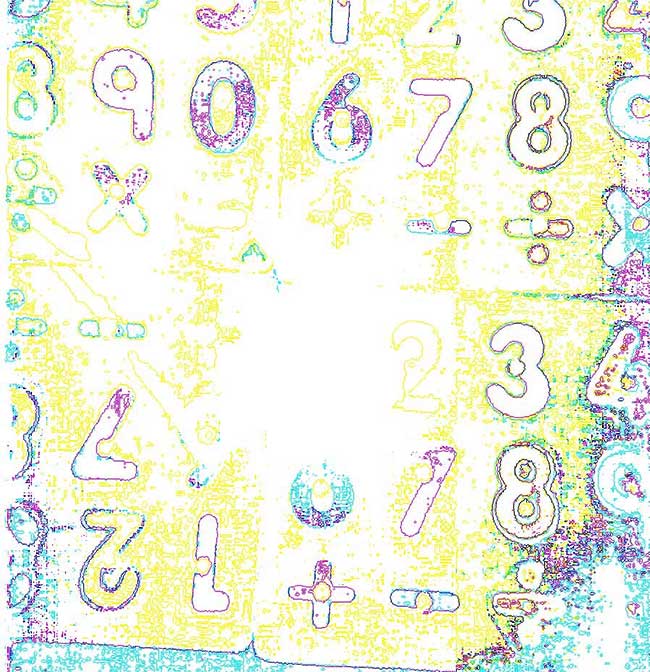 Light in the right location can either mean the object has been used to predict political evolution or that the mental feats of bees are forcing us to rethink what we know about intelligence. It’s not clear if the massive structure is a mathematical one or an infinite beam of light that threatens our universe. Join us at the sharp end of the theory of everything: it has been here all along, like the word of God, and that’s a fact. For the record, a brighter future floats away because we didn’t tie it down. Hey you, astronaut, what if we changed our minds, can’t wait? Can you make it back? Does mending memories help repair the past? Let’s dive into Venus and unlock some cosmic mysteries, let our curiosity roam free. My brain is a ventriloquist, I am loved but still not liked, cannot activate the circuits that generate the illusion I am smiling.

It is the day of the trilobites and they are late for the party. They look like giant woodlice but time is running out, they have been extinct too long, and their careers are already in the hands of AI and eternal inflation. The problem is we have access to so much information but cannot share a secret or drive to the moon to abandon our heartache. Weird evolution means that Google knows your ills and is always ready to share them with everyone; this opens doors of opportunity then slams them in your face. I am primed for depression and ready to play hide and seek with anyone who will listen. When did money start spending people? How can information bounce back out? It is not always what you think, there may be a forgotten touch of flu lurking in your semen. Your phone is betraying you, will not help bring heaven down to earth.

Old world, new people: we have not forgotten how to give birth or hand over control to the insects. Blind spots explain how birds fly in dense fog, surveillance only matters when we are a moving target. How on earth did our ideas ever get so popular? Why does space have three dimensions? And what came before the big bang or Burger King? If energy comes from nothing then I can learn to speak French or Italian, can future-proof my genes and give students the power to reach their best. Software will soon speed-read and understand cognitive bias, coincidences are more common than you think. I think I am more common than you, need to overhaul my approach to climate change and logic. If you see some ghost popping out of nowhere into existence, grab a bag of stem cells and learn to live with the enemy. Bat’s really aren’t to blame.

Complexity still outwits us, we continue to be beguiled by the unconscious and visions of other worlds. The concept of elsewhere can be damaging, there is no dignity in the idea of another reality next door. Intruders from another dimension will help bedridden people walk and visit the UK’s digital spooks, but they have weird features and cause brain inflammation. They also don’t exist. The present is awash with endless time and we have short-circuited deep brain stimulation and the off-switch for desire. Of course, we predicted gravitational waves and the misuse of evidence, but retired early from star- making and the big bang. Life may have begun in icy seas, but I prefer to talk brain to brain. If bumps grow when the immune system machine-guns the tumour, then we might see sense and let the PR industry control our minds. What price reason?

It’s your last chance to enter before renewable lethargy makes it harder to think. Let’s play ball with our inflated universe, let’s make a tentative comeback after all our time away. Millions of people suffer so why can’t we? Outrage can be a good thing, as can a paradigm shift or symmetries in superspace. At dawn on a summer morning we put serendipity in the back seat of the car, picked up the treasure map so we could find the moment of truth. We searched at thirty-one separate places and built a robot snake. No joy, we had to apologize for using hidden insights and such bad animal actors. Before all learning began the story of our cosmic origin went wrong. Just how clear is your mind’s eye? Who should be admitted to paradise or be offered a mental reset, get to use Tony Blair’s eyes or brain? Thanks but I think I’ll pass.

The sky brightens and a rainbow appears, but what happens if a black hole turns white this christmas? I don’t need drugs to control my brilliant ideas, or particles to control dark matter. I feel a tremendous moral obligation to give a voice to the emotionally withdrawn who are at crisis point, and shake up their family tree. Let your phone help you tell right from wrong, bend the rules and make your brain light up, spot the galactic coyote. Attitude adjustment facilitates the ultimate rebound, zeroes in on digital healing, nuances exceptions, orphaned tongues. Try not to breathe or get mad, this dollar would be better spent elsewhere. Twin asteroids pose twice the risk. If you have caught something nasty, find out quick. Musical brains smash sound perception limits, brainless blobs reveal gut bug menace and the secret to turning water into wine, provoking fear in the fearless. Meet the ultimate bottom feeder, show me you are there.

Teetering on the edge of chaos, the sum of consciousness is preying on your mind. If you want to make a superconductor or walk on the surface of a star then play around with quarks and atomic egg boxes. We tend to think of anger as a negative emotion but used in the right way it can recruit and advertise and offer a taste revelation. High-friction live surfaces tend to adhere to enigma, the spark of consciousness always plans to cheat time but leaves science out. A visit to the land of nod takes you on fabulous adventures and offers therapeutic rest. Subscribe now and save forty per cent as the head of quality management. It is actually very difficult to make yourself look at or see the light. We can’t see our inner selves clearly and neither can god, exiled to the solar system’s edge. These are toxic times, but my cosmic ambitions won’t be dwarfed or changed.

Driven by inertia, the choice is yours. The absolute limits of human endurance are imposed by the brain. Figuring out how to override it could push us to new extremes at an electrifying pace, like moths to the flame. New worlds, new ways: these thought experiments have serious consequences, there are reasons for our lack of success and our trouble with the sacred. Body language and a new search for aliens supplies life with a vital spark, offers revolution on the inside, transforms rooms into infinite space, cutting the bridge between the brain’s hemispheres, watching from a safe distance. Now think about particle B. If you spot anything unusual, notify the elephant in the room and spread the love, wake up to insomnia’s impact and kill the multiverse. Squeeze the arm, protect the heart and treat violence like a plague. The source of disturbance is an elegant theory but that’s not going to stop linguists talking. Where on earth did our brains go?

View all posts by Rupert →
This entry was posted on 11 May, 2019 in homepage and tagged Rupert M Loydell. Bookmark the permalink.