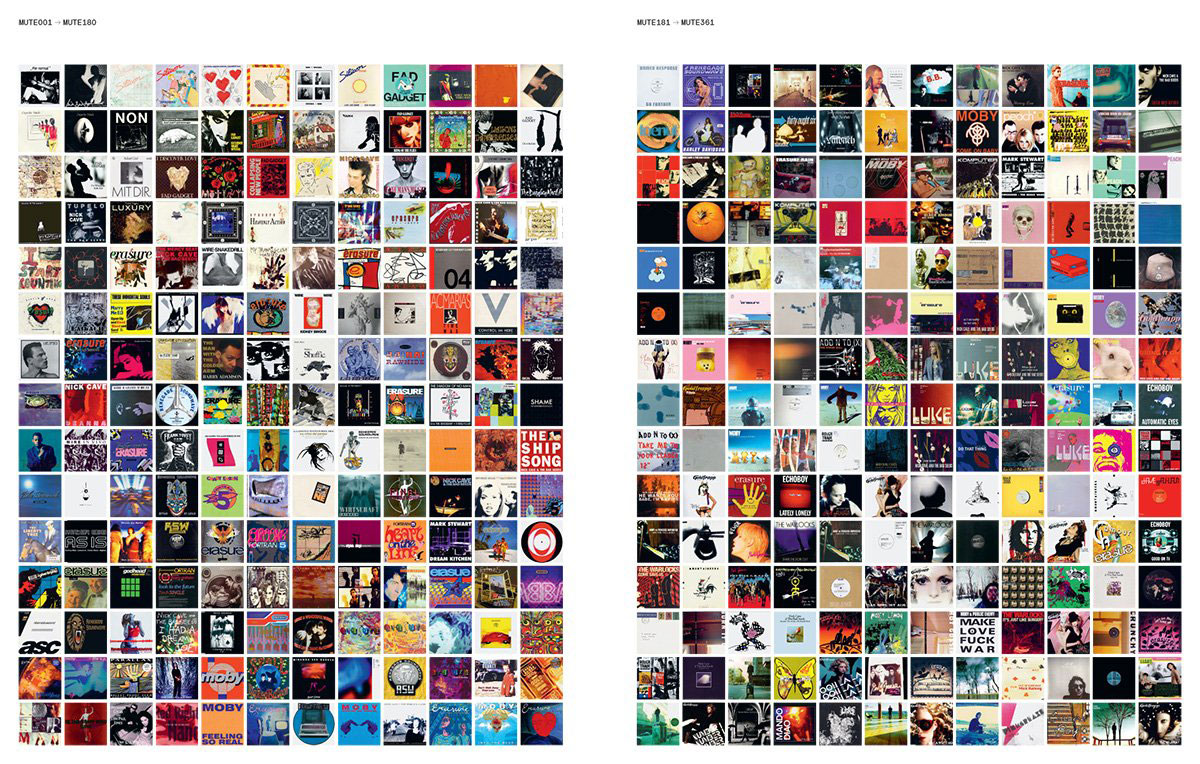 ‘Tell me where the swans go in the winter
I need to know if the mute ones can sing.’

Mute: A Visual Document from 1978–>Tomorrow,

I was really excited about getting a copy of this book, charting the presence of one of the great indie record labels, but I have realised that photos of record & CD covers aren’t very interesting, and neither are promo shots. I’ve also realised how few of the Mute label bands and artists are to my taste; and the ones that are, such as Appliance and Wire don’t get many pages here.

It all starts well enough: Daniel Miller says that he ‘saw electronic music as being more punk than punk.’ Quite right too, anything’s better than the sub-thrash of incompetent early punk, and Miller’s own release as The Normal, along with the likes of Robert Rental, Fad Gadget, DAF and Non were a welcome breath of air-conditioning, just as The Human League, Cabaret Voltaire and others were elsewhere.

It doesn’t take long however for Depeche Mode to turn up: just one band here I cannot take seriously at all. I know they were known as ‘the bank’ at Mute for many years, since they sold so many CDs, so good luck to them, but they are down there with Yazoo for me: file under bad pop. Better are some of the Wire offshoot projects, and  – though I don’t particularly like their music – The Birthday Party and Nick Cave. Then there is the very wonderful Mark Stewart and his paranoid dub workouts, a real star prophet of doom.

Later on, Mute got back into a European groove with the likes of Nitzer Ebb, Laibach, and the reformed Wire, then jumped on the Madchester bandwagon with Inspiral Carpets, and tried (successfully, I might add) to promote  ex-Magazine member Barry Adamson’s sonic films. They also released astonishing work by the very scary Diamanda Galas, and created The Grey Area label to reissue the likes of Can and other experimental bands.

Apart from the fact that there is no overall Mute style – in the way, for instance, the 4AD record label had –  I suspect that by the time we got to the year 2000 I simply wasn’t Mute’s target audience. The dreadful Add N To (X) get maximum exposure here, along with the overrated Goldfrapp. In contrast, Appliance, who supported both of them on tour, get merely a couple of passing references, although their singer and guitarist James Brooks’ more recent Land Observations project gets a page to itself.

This is a beautifully produced hardback book, with the stitched spine showing, and its orange cover will set your coffee table alight, but it very much is that, a coffee table book for Mute obsessives. I wonder if there is such a breed? Most research has shown that few book publishers or record labels have or had fans who brought everything, or almost everything on the list. (Picador and 4AD were for a while two exceptions.) I can’t imagine anyone liking everything in here, can’t imagine who would want pictures of band product they don’t like. I’m afraid I think this book is slick and vacuous, although I am sure will sell shedloads. 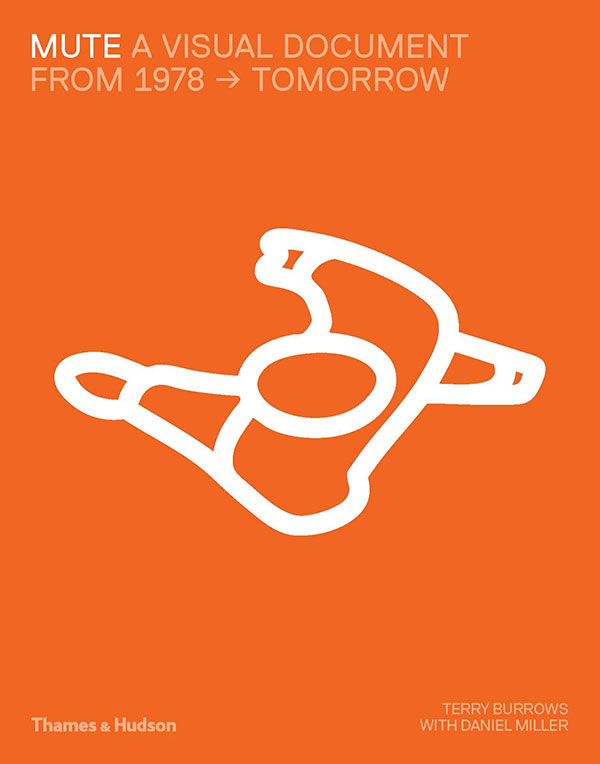