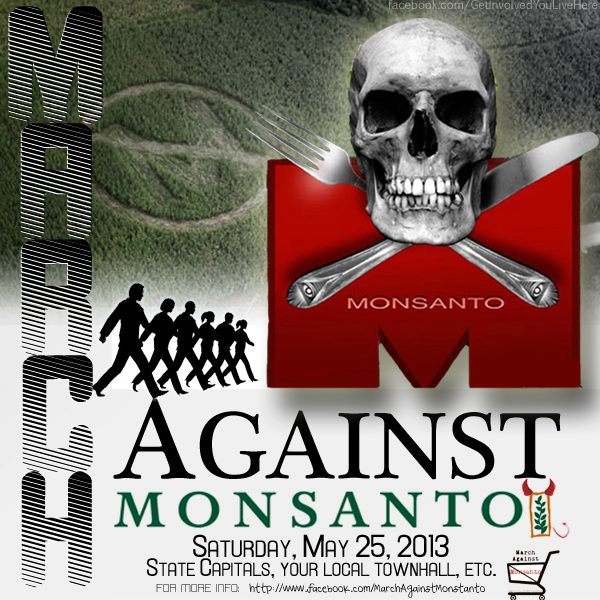 Tom Laskawy (twitter), writing at Grist, points out how the next generation of GMOs is following in the track of present disasters:

“…the growing pest and weed problems for GMOs have caused farmers to turn to seeds that are coated with a different pesticide—a neonicotinoid. If that name rings a bell, it’s because these pesticides… have been implicated in the increasing epidemic of bee deaths.

“And that’s aside from the evidence that biotech’s ‘next big thing’ —seeds that emit multiple pesticides—may be doomed to fail. An international team of researchers, including USDA and biotech scientists, found what they termed ‘cross-resistance’ to these pesticides in [predatory] bugs exposed to the next-generation GMO seeds. Evidence, in other words, that GMO seeds are hitting a bug-covered wall.” The seeds don’t knock out the plant pests.

Yet the venerable journal Nature recently urged patience, because just over the next hill, the biotech giants will surely succeed in bringing us better GMO crops.

This reveals an underlying assumption about technology: when scientists discover a new way of doing things, it can never be retracted; it will eventually work well; improvements will come.

That false assumption sustains a tremendous amount of false science, as well as profits, of course, for the companies involved.

“Wait, better developments are being made.”

If scientists can shoot genes into plants, that’s a step that can never be taken back. It’s automatically a sign of progress. To admit defeat would be equivalent to admitting science can be wrong.

This is the insanity we are dealing with.

We’ve seen it in the field of psychiatric drugs, all of which carry heavy toxicity. If you push a researcher up against the wall, where he has to admit problems with the drugs, he’ll say, “But we’re working on next-generation chemicals. It’ll be different. We’re just starting to understand how the brain really works. Be patient. Help is on the way.”

In recent days, we’ve seen the US National Institute of Mental Health and its British counterpart defect from orthodox psychiatry in the interpretation of what a mental disorder is. Some people have taken this as a positive development. But that’s not the case.

The defectors intend to push brain research to new dangerous heights. Even though they have no baseline for “normal brain activity,” they are racing along the track of discovering “abnormal chemical imbalances.” In other words, their better science is no science at all.

They will invent new names for mental disorders, and there will be more drugs to treat patients, and the whole edifice will be founded on lies.

In the field of gene research, scientists are advancing on a road of manipulation of the human genome. This, they say, is yielding one breakthrough after another. New humans, better humans, more talented and healthy and intelligent humans will be the result.

But really, this translates into: we can shift genes around, we can substitute new genes for old genes, we can silence genes and provoke dormant genes to express themselves—therefore, we have to keep doing it. It’s science. We have to expand our work.

Just because medical researchers can come up with new chemo drugs that kill cells and destroy immune systems, it doesn’t mean they have to.

Despite failures along every front of GMO-crop production, despite the fact that predictions of higher crop yields and reduced use of pesticides and herbicides have failed to materialize, Monsanto pushes on.

Monsanto lies and pretends their work is an enormous success. Their researchers, many of whom know the catastrophic failure they are dealing with, nevertheless keep going, keep telling themselves that this is science, and therefore it will ultimately succeed.

Translation: The seven billion people of earth are the guinea pigs in a vast corporate experiment.

Technocrats who envision trans-humans, a combine of brain and computerized brain, pin faith on the idea that, since brains can be hooked up to machines, they should be. It’s “scientific progress,” and therefore it has to happen.

All this used to be called scientism, a massive overreach of misplaced faith, but now the word is largely defunct. It was too accurate. It nailed the obsession and showed how crazy it was.

Years ago, I was invited to give a lecture to an atheist group in Los Angeles. The topic was HIV research, because I had written a book about it, AIDS INC.

I described the line of HIV research, and made a detailed case for the fact that researchers had never proved HIV caused a condition that was being called AIDS.

My analysis was met with strong opposition. The group was unhappy.

No problem. But it turned out their unhappiness was based on the notion that I was attacking science itself. And since they believed that’s what I was doing, they were angry because, get this, if I was against science, I must be for God. And they were atheists.

Therefore, I had to be wrong.

One of the two bonuses in THE MATRIX REVEALED is the complete text (331 pages) of AIDS INC., the book that exposed a conspiracy of scientific fraud deep within the medical research establishment. The book has become a sought-after item, since its publication in 1988. It contains material about viruses, medical testing, and the invention of disease that is, now and in the future, vital to our understanding of phony epidemics arising in our midst. I assure you, the revelations in the book will surprise you; they cut much deeper and are more subtle than “virus made in a lab” scenarios.

View all posts by Jon Rappoport →
This entry was posted on 23 May, 2013 in homepage and tagged Biotech's Next Big Disaster, Jon Rappoport, March Against Monsanto, Monsanto, Saturday May 25th. Bookmark the permalink.