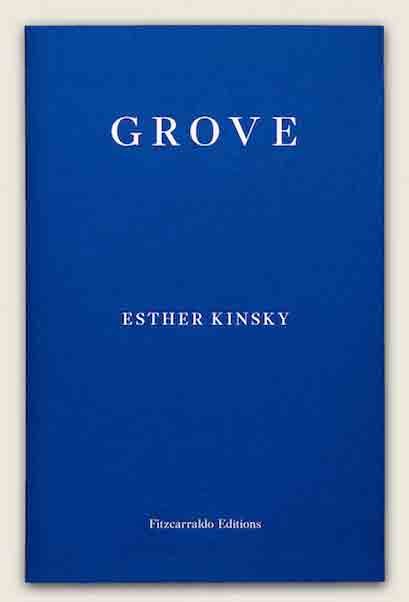 Esther Kinsky’s slow-moving novel is in three parts, which move between different areas of Italy, with brief recollections of Germany and England. It is a meditation on grief and loss, with the narrator remembering M, who has recently died, but also her deceased father, who used to take the family to Italy for holidays, spoke to her in Italian as a child, and later took up employment as an Italian tour guide.

The opening section finds the narrator in a small Italian village, observing the world directly around her and also in the distance. Nature, birds, villagers, all come under her quiet gaze as she allows the ordinary to become special, giving herself time to re-engage with herself and the world around her now she is alone. She frequently visits the village cemetery, fascinated by the little lights and portraits on the graves, allowing them to become as fireflies in the evening shadows.

The second section turns to childhood and her father, the narrator reliving long drives into Italy, and her father’s strange behaviour slightly apart from his family. It also picks up on her father’s obsessions with mosaics, coloured mosaics and Etruscan ruins. It is an emotionally distant recollection, tinged with both affection and confusion; it is the refusal to be mawkish or involved that gives this writing it’s descriptive and emotional power.

In the final part of the book the narrator is staying out of season in a holiday cottage in the Po Valley of North Italy, a misty and cold estuary region. She goes for endless long walks, sometimes losing herself, to find flamingos and ducks, empty seaside towns, and silent fisherman who camp out in sheds on makeshift pontoons. It is an otherworldly landscape, which allows her mind the space and time to continue to wander, as she occasionally recalls estuary mist in Outer London, and the Etruscan obsessions of her father.

The book reminded me of nothing so much as an old-fashioned slide-show from my childhood, with images projected onto a wobbling screen as my grandfather pointed out details we would have missed, but which nonetheless remained out-of-focus and boring. Kinsky’s details and obsessions, however, are never boring, they accumulate into a mental state of being, an informed ‘take’ on Europe, a personal history of Italy, of loss, of the very state of being human.

Grove is one of the most wonderful books I have read for a long time. It slows time down as you turn the pages, for it cannot be read fast, and offers new facts and new insights into the human condition. It is perceptive, aware and engaging; quietly and compulsively astonishing writing.

In one passage, Kinsky’s narrator remembers her father showing her a short documentary film about the Po Estuary by Antonioni. Here is that film:

View all posts by Rupert →
This entry was posted on 16 May, 2020 in homepage and tagged Rupert Loydell. Bookmark the permalink.