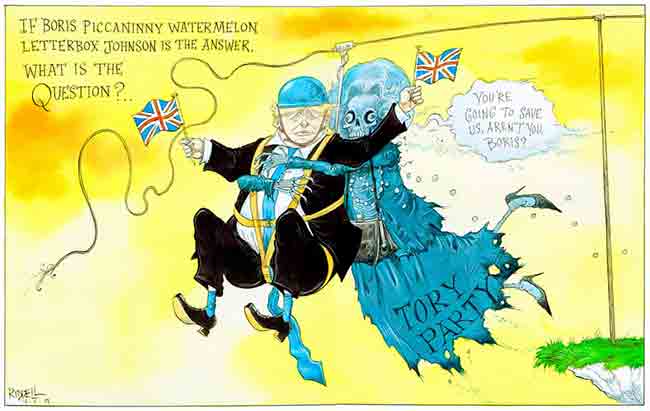 gyrating to the sexy -sweet taste of POWER

There are tokens who have been bought off with ministerial posts

Borisland is a giant RECTUM full of lies, bile , and apocalyptic piggies selling

With their fat FUCK YOU ! fingers of HATE they dangle fifty pound

under the noses of the homeless and the walking dead, their blood thinned by lack

of Beef Wellington and Port . 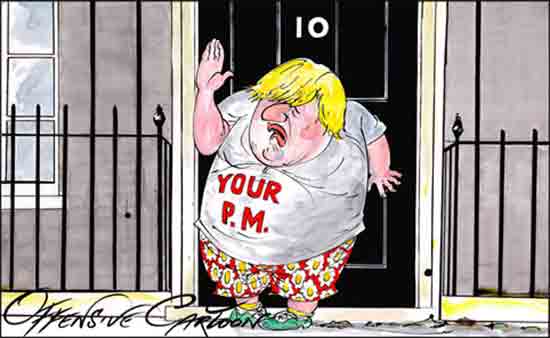 Hijabi, a gay prince, and a West Indian cabbie

investment deals from the public purse ,

but only if you give him a hot, wet, thigh skimming , cock -rubbing lap dance first

The toxic drivel he poo poos gives him confidence

and an air of fake authority

But uses an aria of insults to DEFLECT DETRACT and DUPE

He offers a masterclass of spin to the Great British Electorate

Immune to DEBT BAD LUCK and the stink of SCANDAL

He never tires of pushing his act on the public

his dictum is straight

For the perfect sunny FRAUD 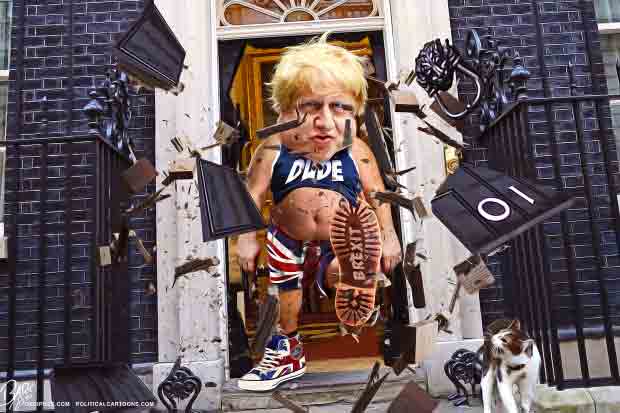 The Shoreditch Panty Bandit is a wild -eyed scribbler with Frank Zappa locks who zooms around on a toy bike and uses a candy red sharpie to scrawl the walls .

Tweet
This entry was posted on 23 November, 2019 in homepage and tagged The Shoreditch Panty Bandit. Bookmark the permalink.