Expand your mind on the 9th of July at October Gallery, London.

Join Ralph Metzner, an authority and key player in the birth and re-birth of psychedelics for a fascinating talk Expansions of Consciousness. On the same evening, this event will be followed by a screening of the award-winning documentary film, The Substance, Albert Hofmann’s LSD (93min), by Martin Witz.
Both events can be booked separately or together.

Ralph is stopping at the gallery on his way to speak at Breaking Convention, a multidisciplinary conference on psychedelic consciousness taking place at the University of Greenwich in London from Friday 12 July – Saturday 14 July 2013.  For those who have an interest we highly recommend checking out the programme. 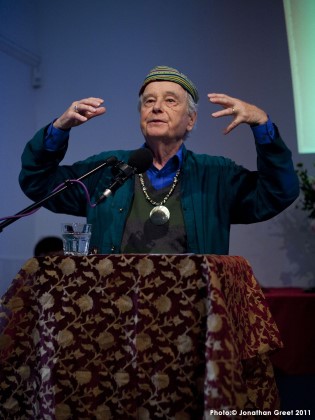