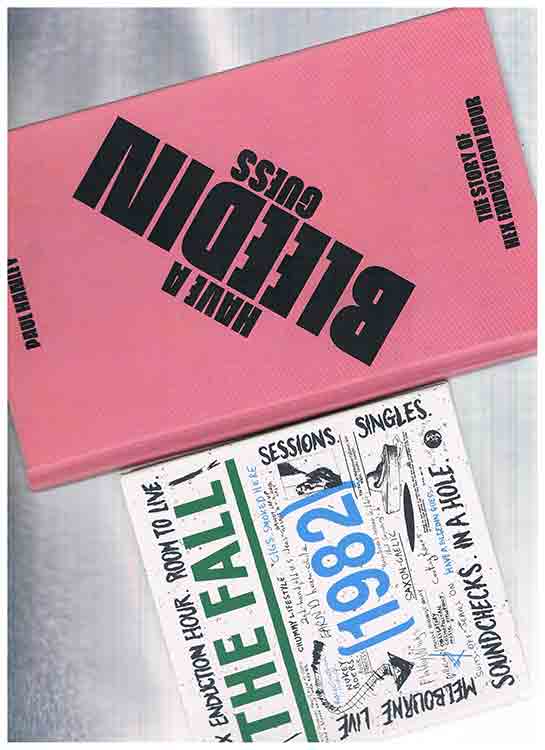 1981, going into 1982. Let’s go back there. Bit bleak. Very cold winter. A new low of -27.2 recorded in Scotland. Bingo comes to the tabloids, the dole queue reaches 3,000 million, Mark Thatcher is found after six lost days in the Sahara, Next opens its first store to sell its first striped shirt to the first yuppie, a scrap metal dealer raises an Argentine flag on the Falkland Islands, the Soviet world’s biggest petrolhead Leonid Brezhnev dies in the USSR, leaving behind him around 300 luxury cars and an ossified command and control system twitching on life support, while Channel 4 started broadcasting, with Richard Whiteley fronting Countdown, and Labour find themselves 13 points behind the Tories in the midst of a severe recession. Plus la change. Oh, and The Fall release two studio albums, one of them an all-time classic, record numerous radio sessions and a couple of Antipodean live albums, and now, 37 golden years later, it’s all gathered together in one place – The Fall 1982 box set from Cherry Red.

Cardboard slipcase, 4,000 word essay, six discs, handsome packaging… So what music does it contain? Hex Enduction Hour, first off, widely regarded as The Fall’s finest hour, literally. Then Room to Live: Undilutable Slang Truth! whose arrant, experimental rough edged minimalism – think the teeth of a chainsaw cutting through early 1980s pop tunes – alienated early fans. There are sets of radio sessions, singles and soundchecks – and three discs of live Fall from Melbourne and n, some of it on 4-track, some of it from audience tapes, all of it ragged, dense and massive – Fall in a Hole and Live to Air, put out by Smith back in 1998 on his own Cog Sinister label.

The Fall 1982 will cost you £39.99 and while there’s nothing unreleased here, you can count that as a bargain, as Hex aside, these albums are long out of print. In fact, available stray copies of Fall in a Hole are currently going on Amazon for around £165, while Live to Air, the Melbourne live tapes, has a £40 price tag, and Room To Live is around £20, while the only available Hex, a double set with the sessions and soundchecks, is £30. The complete Peel Sessions, when on the market, will set you back several hundred pounds. Welcome to the posthumous afterlife of The Fall.

Back in 2004, I sat down with Mark E Smith in a hotel bar off Manchester Piccadilly. The comedian Bill Bailey had kjust left the room when Mark appeared, on crutches. Some of our conversation passed over the making of Hex Enduction Hour:

“I’d like to ask about the making of it.”

“It was done live in a cinema in Hitchin. Without an audience. This is the last LP I thought I’d ever do, so I wanted to get everything on it. So I packed it all in. It’s one of the ones – I don’t sit down and listen to it every week or anything – but I do give it a good hearing. It stands up, I think, which surprised me.”

“When the remasters come out, will it have more original material, like the full half-hour cut of And This Day?”

“ No, you can’t alter that. All that stuff’s on the floor, thank God. They’ll put a couple of singles on it, with some good B sides.”

“ And some was recorded in Iceland?”

“In a cave made out of lava. Hip Priest was done there. It was before the days when Iceland got hip. You go there now and the studios are all complexes. Then it was like a lava igloo. It’s why Hip Priest and the other ones sound good. It’s a very strange sound. We should’ve done more, really. I think it fell to bits a year later. The lava cracked.”

“Hip Priest was used in Silence of the Lambs. Is that a good source of income?”

“Not particularly. I was more democratic in those days and gave everyone a share so that it has to go round about six people. [laughter] Of course I wrote every note.”

There are numerous geological layers of Fall fandom, with the one constant being what Kay Carroll once said about audiences at a Fall gig – resembling airplane crash survivors, having absolutely nothing at all to link them apart from being in the same room, experiencing the same trauma in sound. Many will remain in that roped off area of the pub in which The Fall was ‘theirs’ – defined, usually, by some four or five albums before which MES and das gruppe is perceived to have changed direction/sacked half its members/scorched through a brace of small, defenceless labels/ released a no-fi howler. When it comes to Hex, however, the board of directors is in agreement. The double-drummer, two-guitar line-up (almost completely erased from Room to Live’s austere, angle-grinding musique concrete soundscapes) is a classic one, and this album is the one Fall album you should have, above all others.

It’s certainly a great, great album – opener The Classical is often raised as the ‘best’ ever Fall track, albeit with its ‘problematic’ opening lines. Great as it is, I prefer Winter I and II, Iceland, Hip Priest, Who Makes the Nazis. That’s what being into The Fall is about. Disagreement among listeners as regards to quality is total.

That discord of opinion stretches deeper into Room to Live’s grainy, monochrome minimalism, which had few fans on original release. Listening to it now, from within the sealed alien dome overarching the 21st century’s second dismal decade, it bears an ambition and risk and awkwardness that is an alien commodity among today’s content providers. It’s hard to accept that Mark E Smith is dead. It’s boring and depressing even to think about; the last stage exit and entrance has come and gone, it’s and over and done, most of it. Music like this doesn’t exist anymore, and no one like Mark E Smith is ever going make music, or take over a stage and dismantle it the way these live and studio recordings dismantle the words of expectation in your head.

This month, Paul Hanley, in 1982 a newly recruited teenage drummer alongside Karl Burns, releases his account of making Hex Enduction Hour. Have a Bleedin Guess is out from the excellent Route Publishing, and as Hex is often called “The Fall’s finest hour”, so Have a Bleeding Guess is the finest book about The Fall (give or take his brother Steve Hanley’s The Big Midweek and Smith’s own Renegade), taking you from the roots of Hex (Jaw Bone and The Air Rifle was in the set back in 1980) through the cinema and studio sessions at Hitchen and Iceland’s cave of lava, and all points between – gigs, pubs, flats, rehearsals – and with fantastic contributions from people associated with The Fall who never speak to journos. Guitarist Craig Scanlon, for one. The men behind Kamara, the label that first put Hex into the record racks, Richard Mazda and Saul Galpern, as well as early Fall manager/partner Kay Carroll, Marc Riley and Steve Hanley, producer Grant Showbiz. Still no Karl Burns, though. But for an insight from the inside on how a group like The Fall made an album like Hex Enduction Hour, it is a classic of rock music books in itself. Initially published as an off-grid hardback edition sold directly by mail order via the excellent publisher Route, with a trade paperback due in March 2020, and is a mandatory item in The Biggest Library Yet. 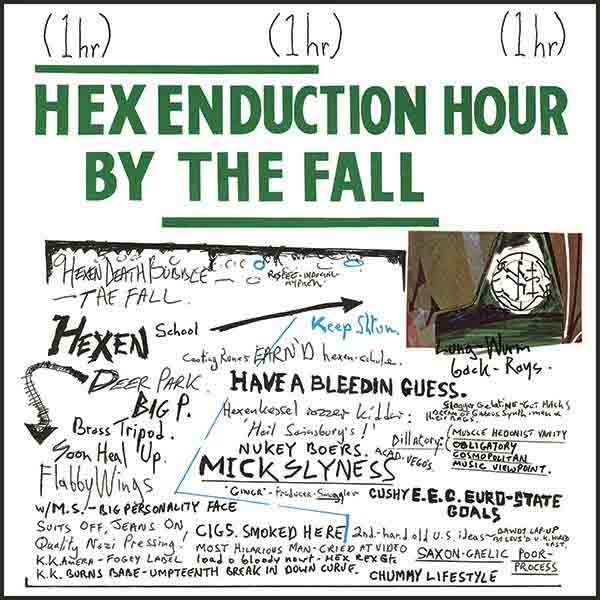 To order Have a Bleedin Guess, go to the Route Publishing website at:
http://www.route-online.com/all-books/have-a-bleedin-guess.html

To order the set, go to Cherry Red at:
https://www.cherryred.co.uk/product/the-fall-1982-6cd-boxset/