FROM THE ASYLUM OF TREES 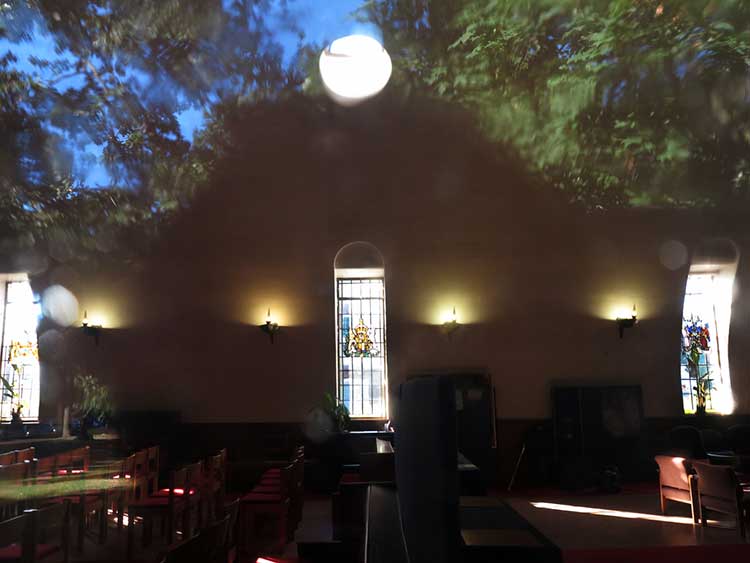 From Bedlam to Bethlem; one breath taken and torn from the Forest,

Escalates the word as it’s covered by the runic return of old stones.

These litter the dark like the unexpected turns of a nightmare,

Warped trees slicing half light into separate dreams for the eye.

Max Reeves’ MIRKWOOD captures this as his photographs 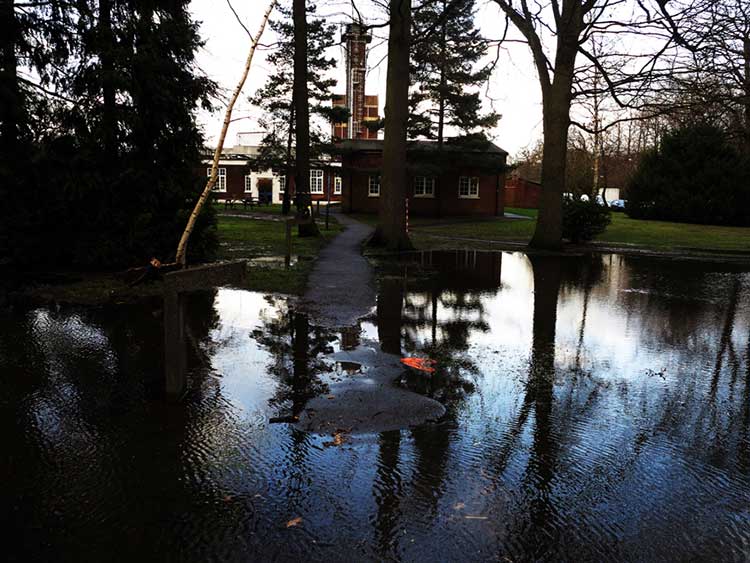 This book is eye poetry. Reeves refines this bright genre.

His photographs tell their story and are stanzas of light and tone odes.

Each composition moves one and then all lines of perception,

States glimpsed through leaf music, reverberating themselves beyond view.

The sharpness of branches at night. The blurring of buds and psyche water,

Newly humanised buildings waiting as beasts to ascend; each are held

By his hand ‘chording ‘away at the camera, as if the lens were no viewpoint

But an instrument made to play truth.

Commissioned by The Wellcome Trust to memorialise the transport

Of the Bethlem Hospital archives, the past reports of lost madness

Here regain tenancy; as if those imprints of mind that so troubled their thinkers

Have infiltrated the forest, relocating themselves from scarred paper

To the fibre and grain of each tree. The photographs capture this.

These are fairy tales of ghost torture. Grimm’s fresh return in which

Each past patient’s spirit is transposed to resumes in the dark.

In both shadow and bark and the pictured wind Reeves has charted, 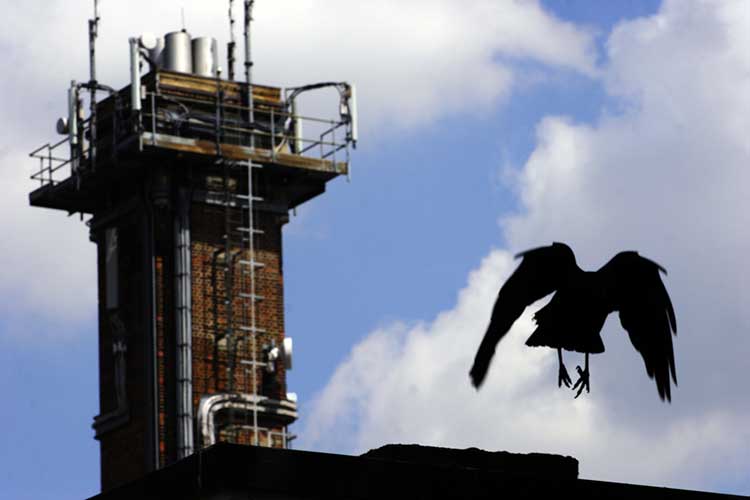 Images howl with the effort of each misunderstood heart’s spent release.

The Bethlem hospital’s move seeked to contain its long story.

But this book, bred from Dante shows how concentric rings stain like air.

Have been chosen as stage and setting for an entirely new form of play.

Which are the photographs clear obsession as they chart the boundaries

Of the real. A vapour trail echoes Blake in his famous picture of Newton,

The air line divining and finding the mythic crow framed by day.

A tangled tree holds the bird, an offering to the book’s premonition

Of form taints the sane. Chapels frame the book, revealing religion itself

As a madness,as window and wall merge with moonlight the divisions

Of God stand exposed.  What has been created is key as opposed to whatever

Is responsible for it, with the ecstatic blurring of image unlocking the borders

But it is not middle age Reeves examines; it is instead the divisions

That separate where and how we are found. Rehouse the mad in a wood

And the energy held will transform it. Branches will snake. Stones will vapour.

Of rain on a wall. A gargoyle forms from a trunk, it’s saddened eyes search for closure;

there is a sense here that those papers, Bethlem’s pale files

Leased lost souls. The patients people the wood. A tangle of twigs as eyelashes,

The arc of limbs grow distended but in becoming part of the wood attain grace;

Even the disfigured stand firm if given the due presentation, with Reeves himself

No observer, but rather participant in this place. There is a geography to the name

As land and lake rest within it. And understanding through watching that the symbols

Arrive easily. Disrupted water as psyche, rippling itself out of focus.

While the Cypress trees echo structure and in housing the crow, host for death.

A lipstick bullseye. Berry men, with skeletal twigs growing from them.

The peak of leaves piercing darkness while a triffid like branch threatens all.

A leprosy formed by leaves, mutating the house, grounds and garden;

Search for love. Each page penetrates and resonates also. The sounds in all senses

Blister and bloom from strained life. Window and witness converge.

Landscape is made out of paving. An eagle and elephant tree-plant feeds on the foam

Of spun leaves. Here then, is so called madness as force, shown as all

We might need flowing through us; exotic greens and black markings starring

The velvet greys of spent sky. Not just a commission of change but an inducement

For us to change with it.  A twelve limbed spider of light shows that MIRKWOOD

Is a begetter of life still unclaimed. These photographs show the world

Beyond the known with each capture. An amputated shoe in a treetop

Reveals the ascent we should prize. Here is a book without words,

That speaks a new language in which the dreamt and repressed spears the page.

That madness is the defining reward for each age. 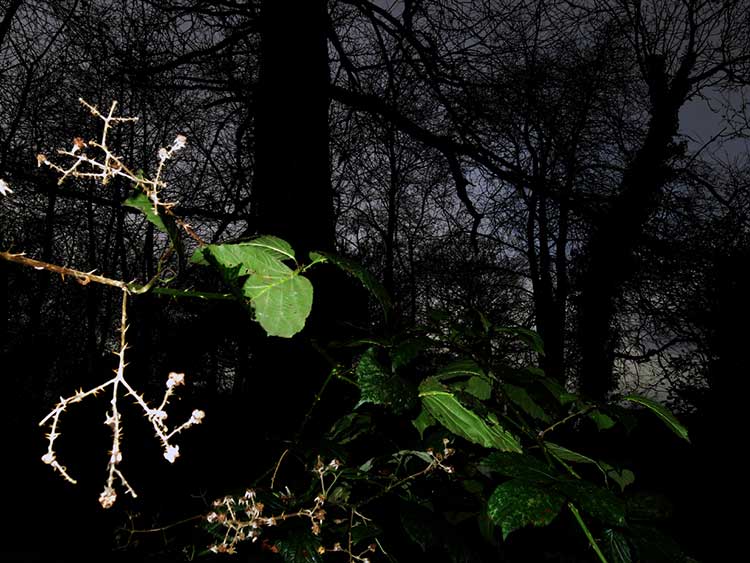 View all posts by David →
This entry was posted on 10 November, 2018 in homepage and tagged David Erdos, Max Reeves. Bookmark the permalink.