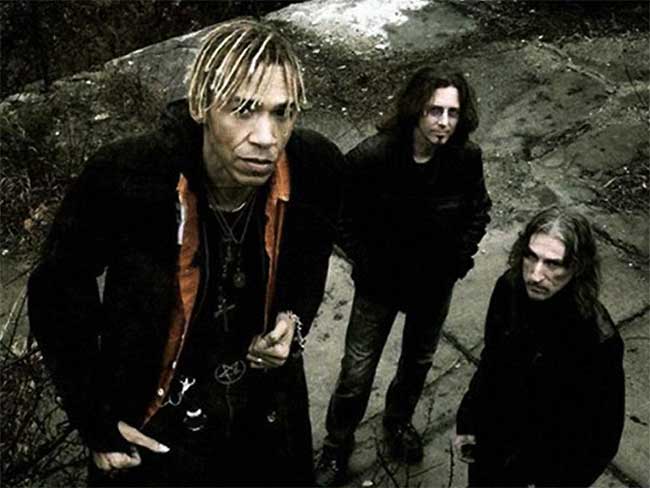 King’s X are one of my guilty secrets. Amongst the jazz, improv, post-punk and singer-songwriter CDs and LPs which are the bulk of my collection, their riff-heavy songs, with glorious harmonies sit uneasily, erring towards hard rock. I get round it by talking about the songs, and the proggy bass, comparing them to Thin Lizzy’s more melodic moments. ‘Blues not metal. Tunes, songs…’ I mutter, unconvincingly.

One of awful things about this book is that I can’t delude myself any more. This book is full of talk of heavy metal, new metal, even big hair rock. Bands I wouldn’t listen to if you paid me, that I think were and still are hilariously uncool and ridiculous, are all name-checked and their members queue up to say how great King’s X are, how heavy and cool. Oh, and everyone keeps mentioning the Beatles, in the way Americans often do, comparing everything to the Fab Four. (Why? I mean I’d be insulted if I was a drummer and someone compared me to Ringo…)

So, what do we have? A beautifully produced book that does what the title says. The band and other musicians, friends and record company workers, talk about the music of King’s X. Enthuse about it, actually. It’s great to hear some of the stories behind their songs, about the ups and downs of being a band who have never quite made it big but seemed to have influenced everyone they have come into contact with. About the different approaches record companies took, and how different albums were conceived and recorded.

The only criticism I have is that all the interviews appear to be recent, so everything is told through the lens of today, and some of that is slightly at odds with what was said at the time. For instance, interviews and articles from the time suggest that early on the band’s religious inclinations were central to their work; and that when Doug Pinnick, the bass player and lead singer, outed himself, he was upset by some negative responses. Of course, years later, everything seems differen: the stories are well-honed, the band are in a different place, different relationships, they’re much older, perhaps even wiser.

Sometimes, the band members contradict each other: one says a certain song came out of a jam, another says he wrote it; one says another song was worked up from a demo, another claims it was made up in the studio. Since the interviews were conducted separately and then arranged by the author, there’s no sense of argument, it’s just how it is. Most of the time there’s a lot of back-slapping and mutual encouragement going on, lots of non-specific insight into what the songs might be about, and a gentle disappointment that all the hype, studio production, touring and music biz bullshit didn’t turn King’s X into the massive band they deserved to be.

This is a book for fans, by a fan. It won’t win any awards for literature, it won’t be bought by anyone who doesn’t already like King’s X, and therefore it probably won’t bring the band any new fans. It’s a celebratory biopic, the story of three musicians who have stayed together through good and bad times, made a load of fantastic albums, have always been a great live band, and can now look back to think and talk about what they have achieved. They richly deserve it. You should listen to them. 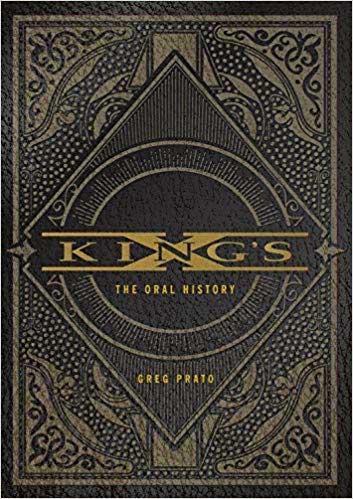 View all posts by Rupert →
This entry was posted on 2 February, 2019 in homepage and tagged King’s X: The Oral History, Rupert Loydell. Bookmark the permalink.