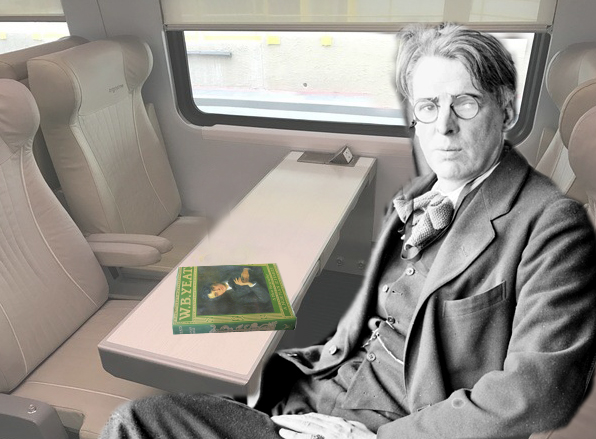 I had been flirting with the leading lady for some time. When she put on the Anglo-Saxon tunic, I went one step further. I took her in my arms, kissed her, then slid my hands down over the coarse material to her bottom.

‘Mmm, I bet it’s much softer underneath,’ I said, squeezing.

This was not in the script, but she returned my kiss as if still playing her part, while the camera crew filmed on with sly approval.

Earlier that day I had travelled with the poet P. by train. Across the aisle was a man who looked like Yeats, and who was reading a biography of Yeats with a picture of Yeats on the cover.

‘He must be Yeats’s great niece,’ I whispered to the poet P. I had meant to say ‘nephew’. P. looked at me as if I were an idiot. Too late now to impress him with the sheaf of poems I had brought with me.

But here he was arriving on the film set, staring at my hands, no doubt wondering where they were going next.

Tweet
more
This entry was posted on 21 September, 2019 in homepage and tagged Claire Palmer, Ian Seed. Bookmark the permalink.