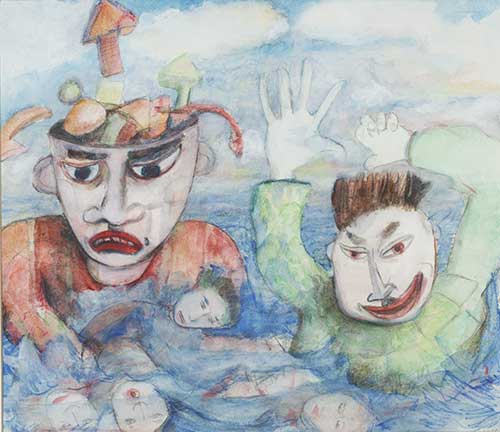 A cat in the box.

Out of chaos: she divides

Until they’re both spent,

Drops her egg into

All creation tumbles out.

Hold on to that as well.

through millennia into organised

Form: remember that cat in the box?

Finally, in no more than seventeen

Syllables, distil the above three images

And express as a metaphor.

Tweet
This entry was posted on 2 March, 2019 in homepage and tagged Kevin McCann, nick victor. Bookmark the permalink.