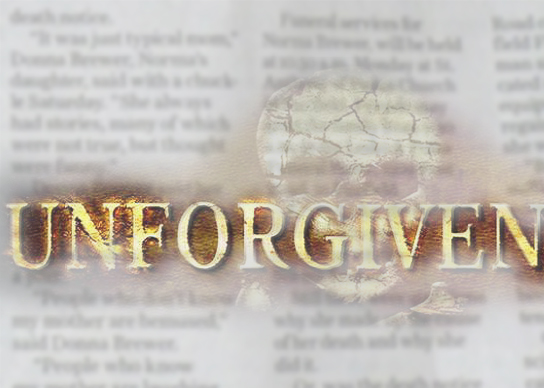 One of the conditions in my uncle’s will was that we publish in the national press full-page advertisements containing what he called his ‘last words’. He was a private man, hard to engage in general conversation, though he had held several important positions in government and industry. He gave no intimation to any of us of the sentiments expressed in this final statement, and it came as a surprise to many. It read:  ‘There are a number of people who caused me considerable pain and misery during my life. They know who they are, and their families know who they are, so I have no need to name them. Some of these people acted out of deliberate malice, others from weakness. Being told this was “only human” afforded me no consolation. There can be no excuse. Their conduct was vile and contemptible. I do not believe in God, and do not look to some future life for justice. I am in my grave. But I want them to know I never forgave them for what they did to me.’

Tweet
This entry was posted on 14 March, 2020 in homepage and tagged Simon Collings. Bookmark the permalink.

One Response to Last words