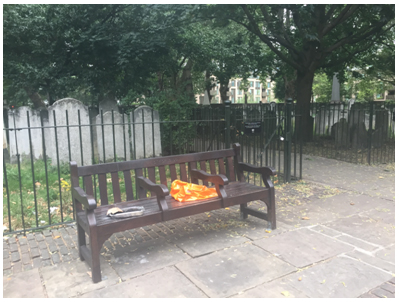 Of skyline. As the modern flats lean as henchmen,

The seer of visions stares on.

No doubt speared by change, his soulscapes resist

Of the singeing flesh and lost song. 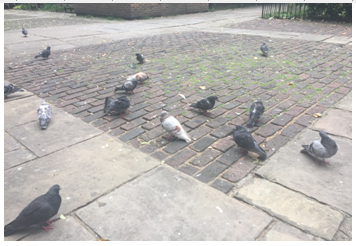 A cascade of pigeons descend to pick at shards

Of the carcass. A Sunday lunch that has roasted

The sacred sense of this place.

But the poet appears as a scavenger squirrel

Instantly dispelling the trespass; amidst these ruined eggs,

And in dusk light, much honoured ghosts cast their trace.

Little remains of the time when the city itself

Revealed Magick and yet enough of it filters

Stopping in on my way to Max’s birthday function,

As day passes, with his resonance blazing,

And all of time’s scented flavours, still relayed in his kiss.

I hasten these words in the ten minutes before the site

And the image that fires on, across brick.

It is the tongue of taste tainting us,

And the lamb of God on a skewer.

And perhaps Blake himself, biting through ash

To unearth and deliver 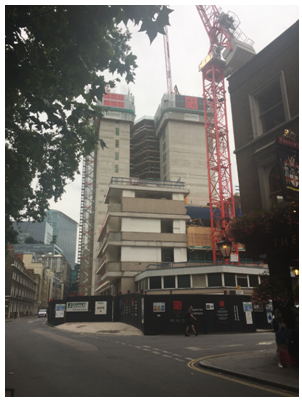 View all posts by David →
This entry was posted on 10 August, 2019 in homepage and tagged David Erdos. Bookmark the permalink.