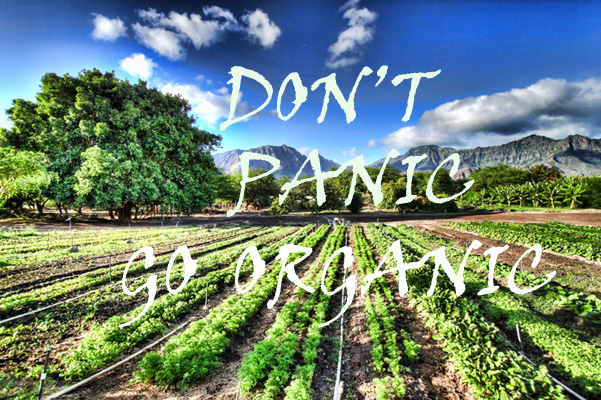 Yes, he signed HR 993. It was a bill funding the federal government. There was a rider in it. A Monsanto and biotech rider.

The gist of the rider is: a dangerous ghoulish GMO food crop can’t be stopped by a court order. That crop can still be grown, harvested, and sold in the US.

Isn’t that wonderful? Isn’t it grand?

250,000 people signed an emergency letter to Obama, telling him to send HR 993 back to Congress so the rider could be removed. He didn’t.

Of course, there must be some mistake here, because we all know Obama is the radiant messiah. Right? He’s constantly assuring us “we’re all in this together.”

He would never allow such a rider to pass through his hands and become law, because GMO food IS, in fact, dangerous to human health and is part of an overall plan to put the planet’s food supply into the hands of Monsanto.

Therefore, Obama has excuses. He surely does.

I propose the following ten. You can take your pick and thereby sustain your belief in his mission of bringing peace and love to the world. He’s not just another arch conman who scuttled into the White House. Of course not.

He would never support Monsanto in its drive to patent life forms, own the food supply, drench the world in more pesticides, engineer RNA so it silences and activates genes in the body in random fashion, leading to incalculable consequences for the human race.

He would never come down on the wrong side of the issue that could supersede all others in shaping the future of the human race.

So pick your favorite excuse:

Obama didn’t know what he was signing. He was too busy with other matters. He was on vacation. He was checking his brackets on March Madness. He thought that letter of protest, signed by 250,000 people, was about some new TV show called Monsanto Rider, a Western.

He’ll tell us that, just like the NDAA, which allows him to unilaterally assassinate Americans, this Monsanto rider will never be enforced. It’s just for show. It’s, well, an IDEA, not really a law. It doesn’t set a precedent destroying the power of the judicial system. No. We’re getting our knickers in a twist over nothing. Relax.

He and Michelle are secretly planning, along with Chief Chef Bloomberg, an organic food revolution in America that will sweep aside all resistance.

Obama has inside information we aren’t privy to. It exonerates Monsanto. Astonishingly, Monsanto turns out to be an agent of hope and change.

Obama is Obama. Because his character is basically other-worldly (in a good sense), he would never do harm. Therefore, a priori, the Monsanto rider is all right. We need not worry. Be happy.

All great prophets must undergo tests and survive crises. This is one of those tests. Sooner or later, Obama will reverse course and expose Monsanto for the diabolical son of Satan it is. Just wait. Be patient.

Obama knows full well how hideous Monsanto is on the world scene, how it is gobbling up seed companies and destroying farmers and putting Frankensteinian genetic distortions into our very bodies. He’s just giving Monsanto enough rope to hang itself. He’s allowing Monsanto to operate freely so it can reveal, to humanity, its Grinning Skull—and thence be overthrown by popular revolution. Again, wait. Be patient. “We’re all in this together.”

Obama was drugged by Monsanto operatives. When he wakes up, he won’t remember he signed the bill, nor will he ever know he signed it. This drug can selectively inhibit his mind on that single item. If he ever reads that he signed it, he’ll think he’s reading about Harry Reid buying three casinos in Vegas and having plastic surgery to look like James Bond.

Obama never signed the bill. A lookalike double was brought in to do the deed. Obama is now living under heavy guard, along with Piers Morgan, in a Texas compound run by a bevy of full-auto maximum-clip country women.

Joe Biden, who only pretends to be off his rocker and minus a few dozen light bulbs, is actually running the country. He is Obama’s Cheney. Joe gave the order to sign the bill.

There are your ten. Pick your fave.

I’m talking about about the criticism of Monsanto’s so-called science of genetically-engineered food.

For the past 20 years, independent researchers have been attacking Monsanto science in various ways, and finally The NY Times has joined the crowd.

But it’s the way Mark Bittman, lead food columnist for The Times magazine, does it that really the crashes the whole GMO delusion.  Writing in his April 2 column, “Why Do G.M.O.’s Need Protection?”, Bittman leads with this:

“Genetic engineering in agriculture has disappointed many people who once had hopes for it.”

As in: the party’s over, turn out the lights.

Bittman explains: “…genetic engineering, or, more properly, transgenic engineering – in which a gene, usually from another species of plant, bacterium or animal, is inserted into a plant in the hope of positively changing its nature – has been disappointing.”

As if this weren’t enough, Bittman spells it out more specifically: “In the nearly 20 years of applied use of G.E. in agriculture there have been two notable ‘successes,’ along with a few less notable ones. These are crops resistant to Monsanto’s Roundup herbicide (Monsanto develops both the seeds and the herbicide to which they’re resistant) and crops that contain their own insecticide. The first have already failed, as so-called superweeds have developed resistance to Roundup, and the second are showing signs of failing, as insects are able to develop resistance to the inserted Bt toxin – originally a bacterial toxin – faster than new crop variations can be generated.”

Bittman goes on to write that superweed resistance was a foregone conclusion; scientists understood, from the earliest days of GMOs, that spraying generations of these weeds with Roundup would give us exactly what we have today: failure of the technology to prevent what it was designed to prevent.  The weeds wouldn’t die out.  They would retool and thrive.

“The result is that the biggest crisis in monocrop agriculture – something like 90 percent of all soybeans and 70 percent of corn is grown using Roundup Ready seed – lies in glyphosate’s inability to any longer provide total or even predictable control, because around a dozen weed species have developed resistance to it.” Glyphosate is the active ingredient in Roundup.

Just as the weeds developed resistance and immunity to the herbicide, insects that were supposed to be killed by the toxin engineered into Monsanto’s BT crops are also surviving.

Five years ago, it would have been unthinkable that the NY Times would print such a complete rejection of GMO plant technology.  Now, it’s “well, everybody knows.”

The Times sees no point in holding back any longer.

Of course, if it were a newspaper with any real courage, it would launch a whole series of front-page pieces on this enormous failure, and the gigantic fraud that lies behind it.  Then The Times might actually see its readership improve.

Momentum is something its editors understand well enough.  You set your hounds loose on a story, you send them out with a mandate to expose failure, fraud, and crime down to their roots, and you know that, in the ensuing months, formerly reticent researchers and corporate employees and government officials will appear out of the woodwork confessing their insider knowledge.

The story will deepen.  It will take on new branches.  The revelations will indict the corporation (Monsanto), its government partners, and the scientists who falsified and hid data.

In this case, the FDA and the USDA will come in for major hits.  They will backtrack and lie and mis-explain, for a while, and then, like buds in the spring, agency employees will emerge and admit the truth.  These agencies were co-conspirators.

And once the story unravels far enough, the human health hazards and destruction wreaked by GMOs will take center stage.  All the bland pronouncements about “nobody has gotten sick from GMOs” will evaporate in the wind.

It won’t simply be, “Well, we never tested health dangers adequately,” it’ll be, “We knew there was trouble from the get-go.”

Yes, The Times could make all this happen.  But it won’t.  There are two basic reasons. First, it considers Big Ag too big to fail.  There is now so much acreage in America tied up in GMO crops that to reject the whole show would cause titanic eruptions on many levels.

And second, The Times is part of the very establishment that views the GMO industry as a way of bringing Globalism to fruition for the whole planet.

Centralizing the food supply in a few hands means the population of the world,in the near future, will eat or not eat according to the dictates of a few unelected men.  Redistribution of basic resources to the people of Earth, from such a control point, is what Globalism is all about:

“This is our best judgment.  Don’t worry, be happy.”