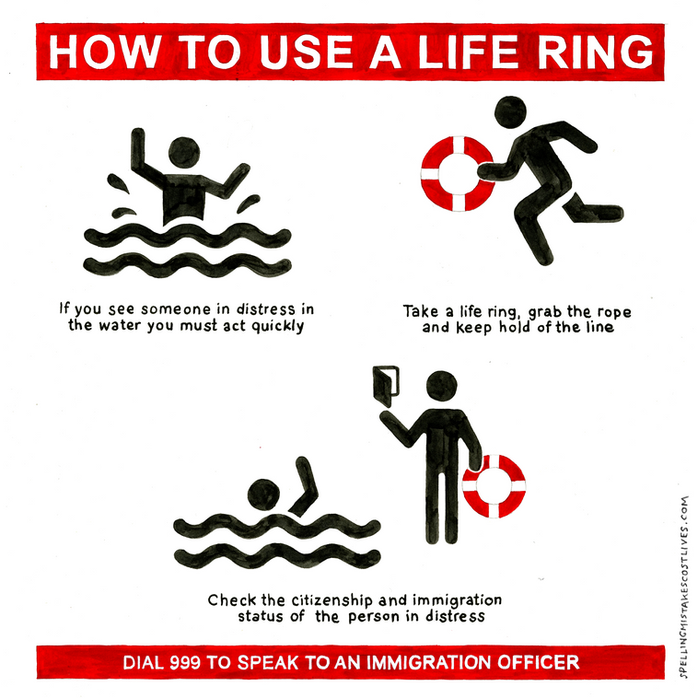 The duty for sailors to rescue those in distress at sea is both international maritime law and a long-standing and strongly felt moral obligation among seafarers. The fact that British and European governments are now criminalising such a basic and instinctive act of humanity says a lot about how absolutely Fortress Europe is spiraling into barbarism.⁠⁠

A new British law brought in by the Tories now threatens lifeguards in the @RNLI, (and anyone else at sea), with life in prison for rescuing refugees drowning in the English channel. ⁠Quite heroically the RNLI have made a statement that this will not change how they respond to those in distress.⁠

In Italy, dozens of rescuers, from charities including Save the Children and Médecins Sans Frontières have been accused by prosecutors of collaborating with people smugglers after saving thousands of people from drowning in the Mediterranean. They face sentences of up to 20 years in prison.⁠⁠

As the writer Phil McDuff said on twitter yesterday, “It’s difficult to convey just how much effort goes in to making people’s natural empathy and compassion into a thoughtcrime. This kind of thing is absolutely against maritime law and for good reason – anyone who sails knows “there but for the grace of God go I.” ⁠⁠

Which also reminds me of a post I think about all the time from Doctors Without Borders, above a photograph of some refugees being rescued at sea it said, “You can call them names & tweet horrible xenophobic things about them but the truth remains; the only difference between you & them is luck.”⁠⁠

That’s all there is to it.

Did cross my mind while painting this that by exaggerating the current horrors of
capitalism I’m potentially summoning them into existence like a demonic spell. 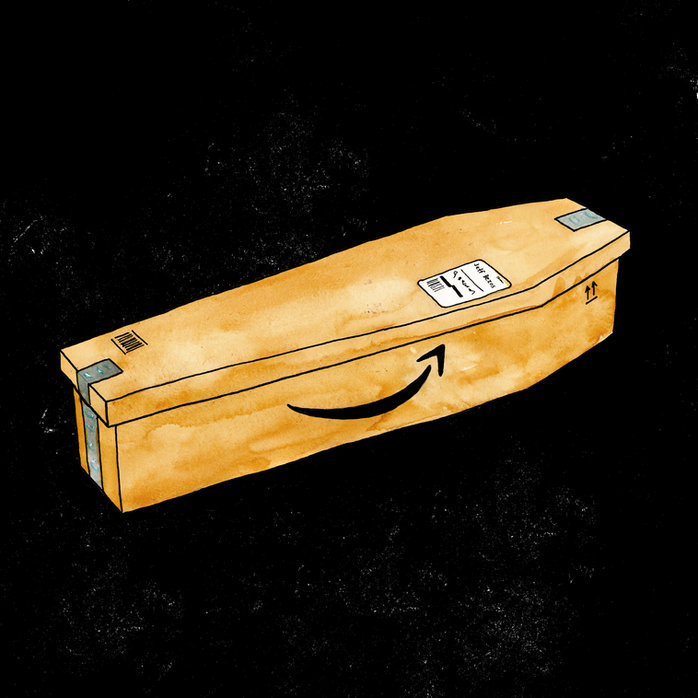 Painted the above just before Jeff Bezos blasted himself into sub-orbital space for no particular reason.
Unfortunately my gloating was premature.

All these billionaires racing each other into space reminded me of this ‘Shoot for the Moon’ painting I did in 2014. I know Branson and Bezos are already safely back from their 20 minute dip into suborbital ‘space’, but hopefully that only encourages them (and Musk) to take ever deadlier personal leaps into the abyss.⁠

The limited edition print of this has now sold out but its still available as an A2 poster or a postcard from my shop.

As an added bonus since you’re a subscriber to this mailing list you can get 10% off any posters in my shop by using the code: DON’T EAT THE POSTER 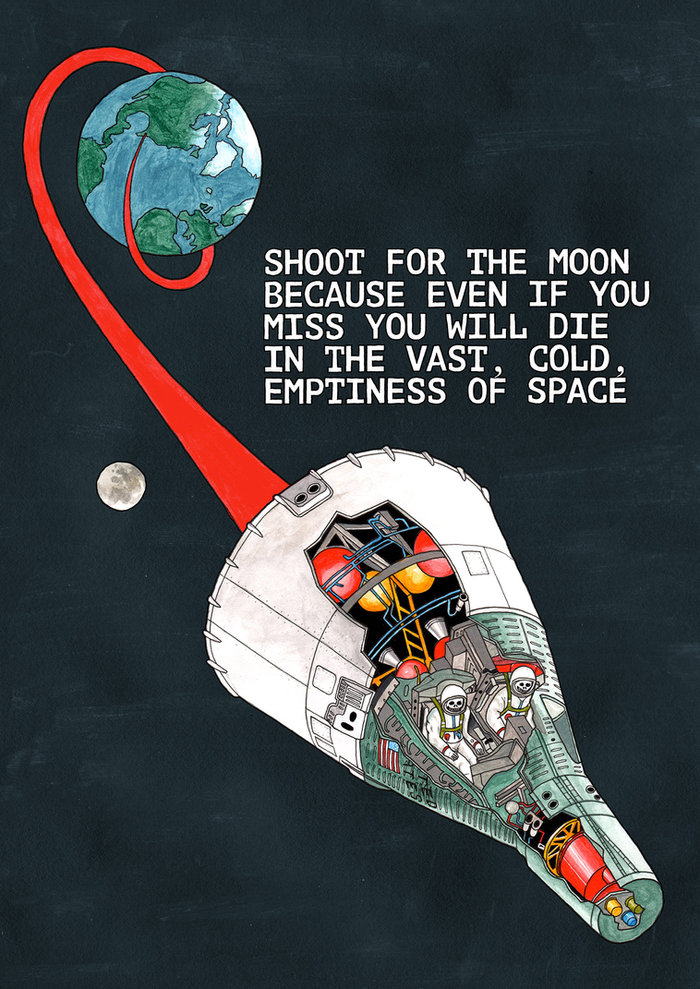 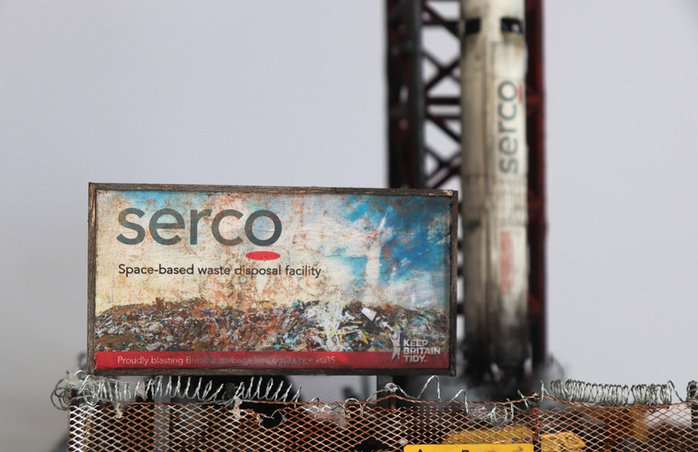 I was working on this over Christmas but didn’t get round to photographing it but was reminded of it when Jeff Bezos said he wanted to move all polluting industry into space, which is obviously a daft idea because we could just make all the industrial smoke stacks so tall that all the pollution goes into space instead. Problem solved, idiot.

Let’s blast everything up there. Old fridges, spent nitrous oxide canisters, my food waste bin, load it up in a giant rocket full of powdered aluminium and blast it into the sky.

Part of a larger diorama I’ve been working on that will incorporate the Thunderdome Brexit Bus I finished at Xmas and assorted other dystopian horrors. Absent of a deadline it’ll probably all be finished in a decade or so. I’m posting all the photos from this project on my website here. 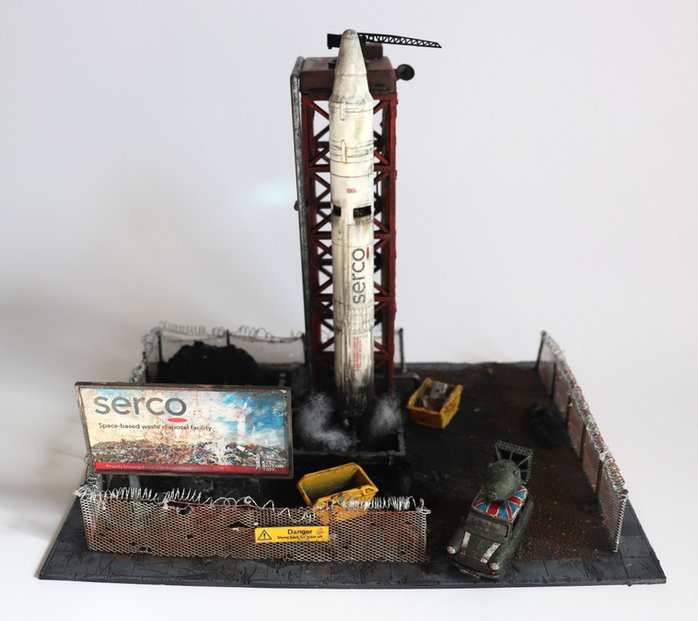 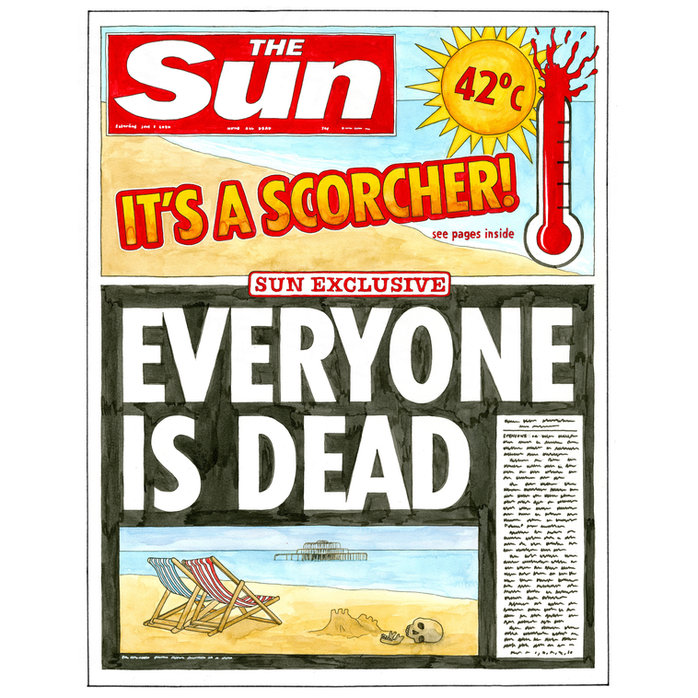 I made this a couple of years ago. The good news is it’s likely to be a scorcher right until the very end.

⁠⁠Limited edition print and a postcard of this are in my shop.

HELL SHIRTS BACK IN STOCK 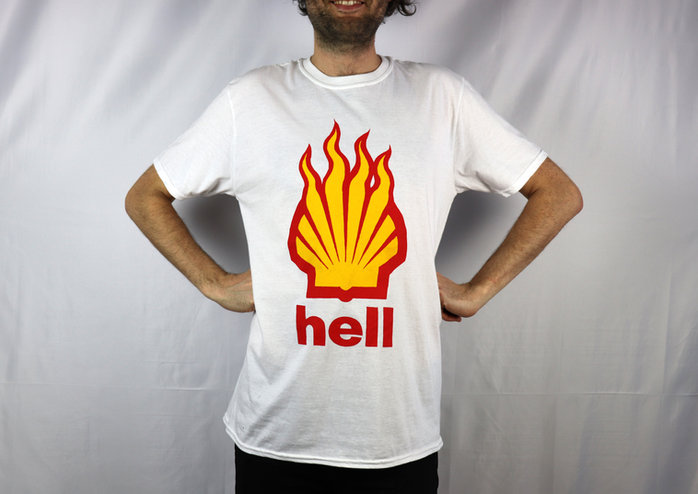 The Hell t-shirts that Shell tried to stop me selling a few years ago are now back in stock in all sizes.

Also available as an enamel badge, iron-on patches and stickers. 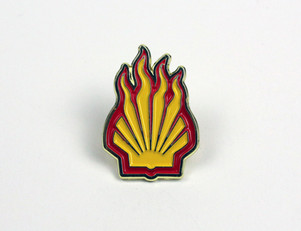 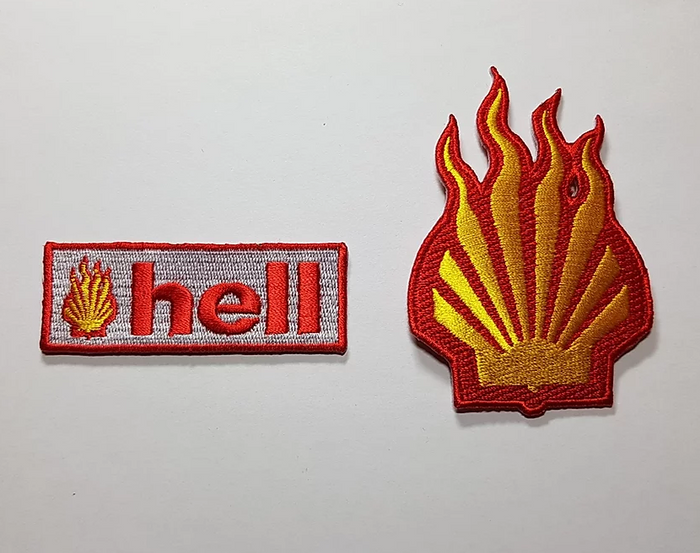 THAT’S IT FOR NOW

Tweet
This entry was posted on 24 July, 2021 in homepage and tagged darren cullen. Bookmark the permalink.