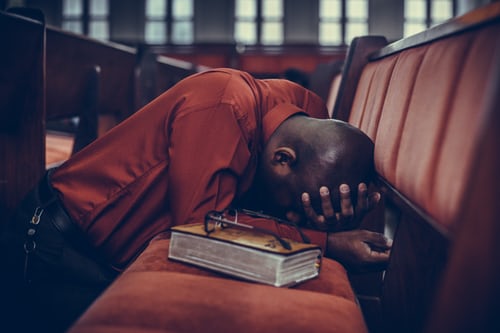 ‘Life beckons me. It whispers, it calls me and in the end, it screams at me.’ Tony Parsons

On the phone to Krakow this morning and one of those clear moments when the obfuscation of doubt falls away and truth sings in all its fullness.

I am unsure who said it first, but a definitive and pulsing silence said we hit pay dirt.

‘The divine will not intervene, the world will not change, until the vast majority of people are on their knees, praying, asking, begging for help.’

Does that mean that things will have to get worse?

In a flash, I travelled back 35 years when I was alone in a room, my body poisoned by alcohol once more, desperate yet unable to stop drinking.

I slithered to the floor and cried to an unknown god – an instinctive response which shook me with surprise.

When all else was gone, everything stripped away, that’s where I landed; on my knees, knowing I would soon die.

My first sincere prayer was answered and it wasn’t long before I sobered up for good.

‘It has to be just like when you quit drinking,’ said my telepathic friend, going on to tell the story of the late journalist Malcolm Muggeridge who found himself in Ukraine – perhaps not a coincidence – at another singular moment, in a church surrounded by dead bodies, people praying.

It was entirely profound and holy in a way that few of us will either experience or comprehend.

It seems our stubborn pride, the dream of individuality, as Parsons calls it, acts as a bulwark between us and God. Calamity is the sword that hangs over us until like Damocles we realize with great power comes great responsibility.

Yet in our fear of such power, we have willingly handed it over to others we hoped would keep us safe – from Covid, Russians, Isis, the next biological eruption.

We didn’t know they would abuse that power, needing to believe in their goodness and infallibility, trusting like naïve children, terrified of growing up.

And we have become so entrenched in our denial about our ‘saviours’ that we refuse to believe their villainy despite the mass of evidence, gathered like wheat in a barn, but with doors firmly closed.

Few people want to look, almost no-one wants their bubble burst, for that would mean the end of the universe as we know it, the one we carefully constructed over decades on a crumbling armature of lies and deception.

It’s why most therapy clients fail: they cannot bear to hold mummy and daddy up to the light of scrutiny, preferring their dreams of an idyllic childhood, which is almost never the case.

This gap between fantasy and truth is the cause of much mental illness and it is where most people find themselves camped, refugees from reality, holding aloft government scientists and corrupt politicians, Big Pharma and Big Tech.

If they had any psychological training and knew, for instance, the Karpman Drama Triangle, they perhaps would have understood the perilous relations of the triangular victim-persecutor-rescuer.

In short, if you are a victim and seek rescuing, your rescuer will almost certainly become your persecutor at a later date.

It’s all a con but it’s too big a con to take on board. Most people simply lack the courage; it is not the despotic psychopaths nicely suited and smiling at the helm of self-elected bodies for the rich and powerful that are the real problem.

It is the wounded child still in need of wish fulfilment returning to his abusive parents again and again.

What’s that definition of insanity? Oh yes – to keep doing the same thing over and over again expecting different results.

The modern ostrich will not only stick his head in the sand but – and this is a new trick – can perform any number of mental gymnastics to stay within the bounds of untruth, thus on the side of the majority.

Yet if history shows us anything, it’s that the masses rarely see the truth and will persecute unto death the good guys who want to relieve them of their insanity.

The peculiarity of the human species is that we defend our right to remain insane and side with our oppressors who lure us to despise an enemy ‘over there’ while all the time the true enemy is in front of our face.

Rare is the individual who wishes to research, understand context – which is vital – sincerely seeking the truth of any situation.

The lazy mind will quickly saddle up and ride off into the sunset with the Mail, BBC or The Guardian who have adroitly triggered their emotional wounds and got them all clapping like seals for nurses, soon switched from saviour to enemy on the turn of a dime.

This absurdity is now leap-frogging from one twisting tale to another and no doubt the same people are hopping.

Hopping or clapping, it’s all nonsense, total tosh for those who have lost the capacity to move the neo-cortex in any meaningful way and are stuck with all the horrors of the reptilian brain.

Instinctive, animal responses are as far as most travel, never questioning official narratives, holding up flags for some countries as directed, completely ignoring others relentlessly persecuted for years by our own side.

Psychological projection at its most basic. I will take the evil I can’t bear to see in me and stick it on you, then direct everyone to hate you.

We are already the poorer for it, but there’s further to go. In the end, there will be only one place left and we won’t be standing.
.
Copyright Simon Heathcote
.
Tweet
This entry was posted on 12 March, 2022 in homepage and tagged Simon Heathcote. Bookmark the permalink.